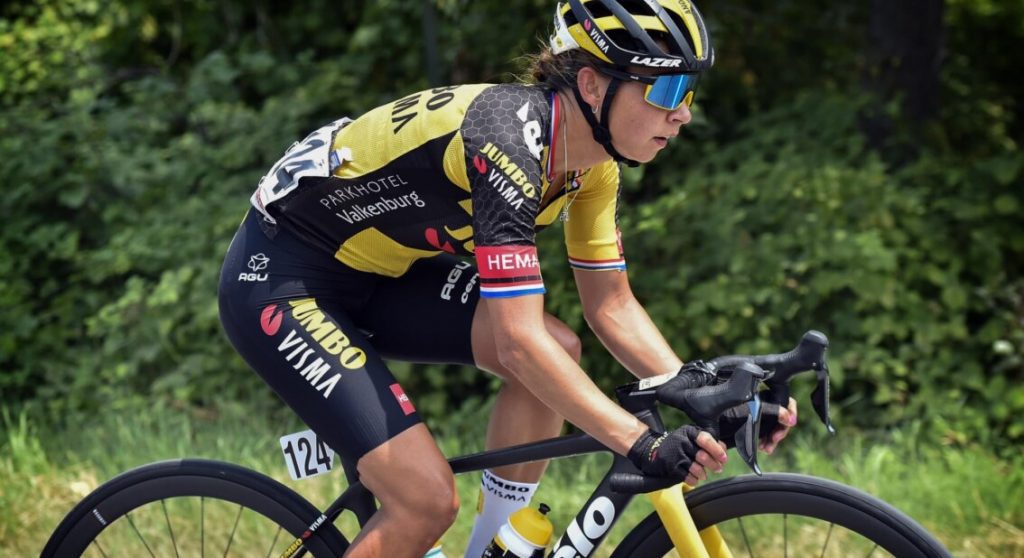 The first movement at Jumbo-Visma sees Anouska Koster move to the Norwegian Uno-X team. The 28-year-old has been great riding in support of Marianne Vos during her 2-year stay at the Dutch team but now sees herself as wanting more leadership opportunities as her career develops.

The former-Dutch national champion has signed a two-year contract starting from 2023.

“From the very first moment I had a very good feeling with this Scandinavian WorldTour team. I’m really looking forward to this new adventure from 2023

I am very grateful to Jumbo-Visma for the past two years. I have made great strides here in my sporting development and I will certainly benefit from that in the future. I will now fully focus on the upcoming matches. I want to end my season and the period at Jumbo Visma on a good note.

I would like to develop further at Uno-X in the spring classics and time trial. In addition, I want to go for a good classification in certain stage races. This year I noticed that I have made progress.

I rode well in the Ardennes classics, came third in the Dutch Time Trial Championships and also got through the 10-day Giro d’Italia well. At Uno-X I get the opportunity to further develop myself in these areas. I am really looking forward to that.”

She has a sprint but also finished 3rd in the national time trial championship, albeit nearly 2 minutes down on the superstar Ellen van Dijk. Her climbing has come on in recent years too, shown by 16th place in GC at the Giro Donne. Maybe not quite a natural climber like Van Vleuten but Koster is beginning to show she could be a threat in other stage races. She was a regular in the top-20 during the classics part of the season, and maybe with leadership, she could finish even higher.

In Uno-X’s first year as a women’s team, they are currently ranked 12th of 14th Women’s WorldTour teams and their recruitment this off-season will have an impact on their ability to retain their WorldTour status heading into 2024.