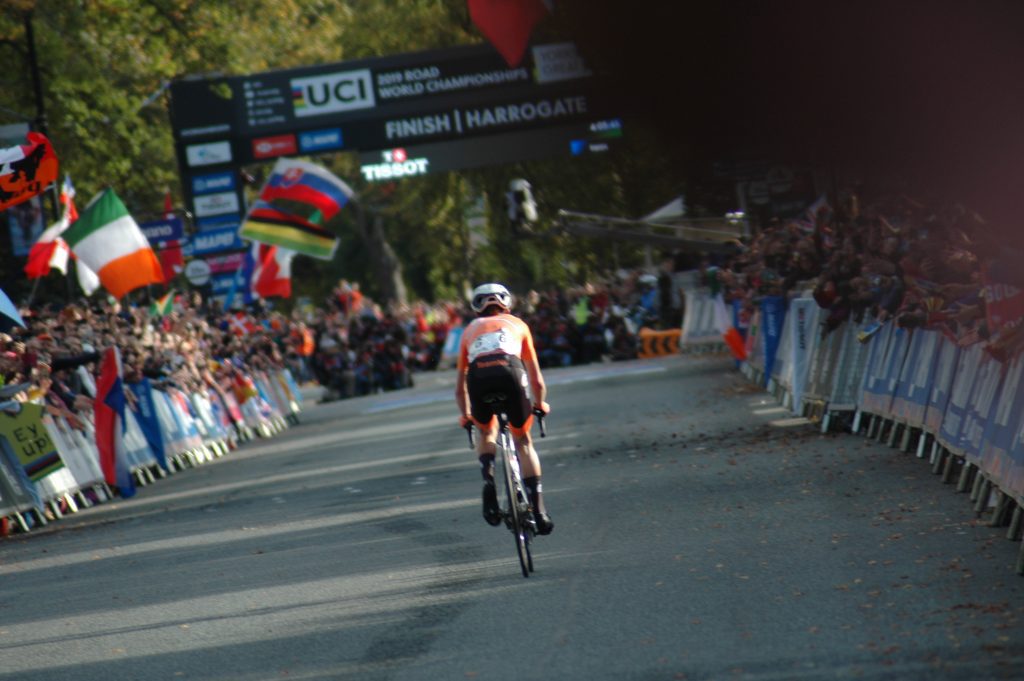 The Dutch cycling federation, KNWU, has announced the line-up for the women’s teams at the 2022 World Championships, due to be held in Wollongong, Australia. Predictably strong, the Dutch will hope to put aside their near-misses at the last World Championships in Flanders where Marianne Vos was 2nd to Elisa Balsamo. Infamously, the Dutch team also missed out at the 2020 Olympics where Anna Kiesenhofer of Austria took a surprise but well-earned victory.

There is pressure on the Dutch coach, Loes Gunnewijk, to avoid a repeat, something they did avoid at the recent European Championships in Munich where Lorena Wiebes took the victory.

3 riders will do both disciplines – former and current World Champions Annemiek van Vleuten and Ellen van Dijk, with Shirin van Anrooij also eligible for the new U23 title too.

The other riders chosen for the road race only are Floortje Mackaij, Dutch national champion Riejanne Markus, Demi Vollering and Marianne Vos. The course doesn’t suit the strengths of Lorena Wiebes and she won’t be making the trip to Australia. With plenty of hills, this won’t be the year for Wiebes to contest the rainbow stripes but Glasgow next year will suit her more.

“The road race course is too tough for the real sprinters with about 2,600 vertical metres in total. In the first loop, the riders are presented with the Mount Keira, a climb of 8.5 kilometres. They then ride six times on the Wollongong City Circuit, which includes Mount Pleasant. That is a climb that resembles the Cauberg but is a bit steeper.

Annemiek has shown that she can go for the win on both climbing and difficult classic courses. With Marianne we have an asset for the final in which the punchers can come forward more.”

It feels like the strategy will be to send Annemiek van Vleuten on a long attack, reminiscent of the way she became World Champion in Harrogate in 2019. Demi Vollering will be free to attack the smaller hill on the loops and Marianne Vos will be well set for a sprint finish. Shirin van Anrooij in theory could make it a double Dutch world champion success in the road race but her primary goal will be to work for the team here. If she does achieve the U23 title, it will only be if the cards fall in her favour with her other duties.