With the general classification pretty much a done deal and many teams still hungry for a stage win in the Ceratizit Challenge by La Vuelta, it was set to be a high-action Stage 4. Trek-Segafredo came into the day with similar intention and their young, promising rider, Shirin Van Anrooij, joined the day’s strong escape group.

But behind, there were still too many teams in search of a prestigious UCI Women’s WorldTour win and the breakaway was eventually caught with 3.5 kilometers to go. That is less one survivor, Leah Thomas of Movistar (a rider joining the Team next year!), who pushed onward.

The last bit of road was technical, and a narrow passage pitched upwards to the finish line. A nail-biting finish! Thomas held a precarious 10-second gap as she began the final 500m climb.

Behind the bunch was in furious pursuit as Ellen van Dijk led Elisa Longo Borghini brilliantly to the final corner. Elisa jumped out of the turn as she tried to use her power to thwart faster legs.  But Lotte Kopecky (Liv Racing) was attentive to the move and came around the Italian Champion in the final meters to take the victory. 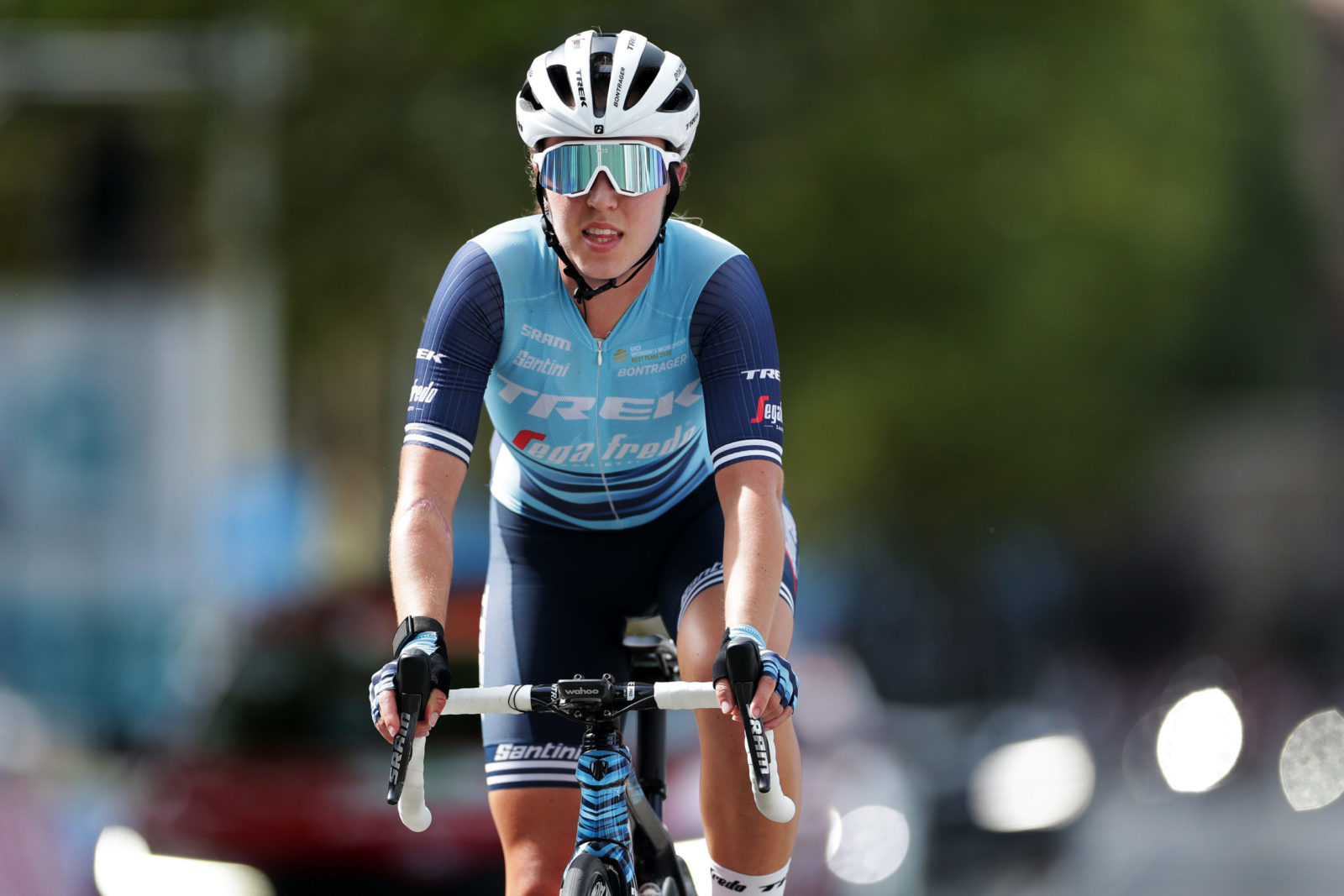 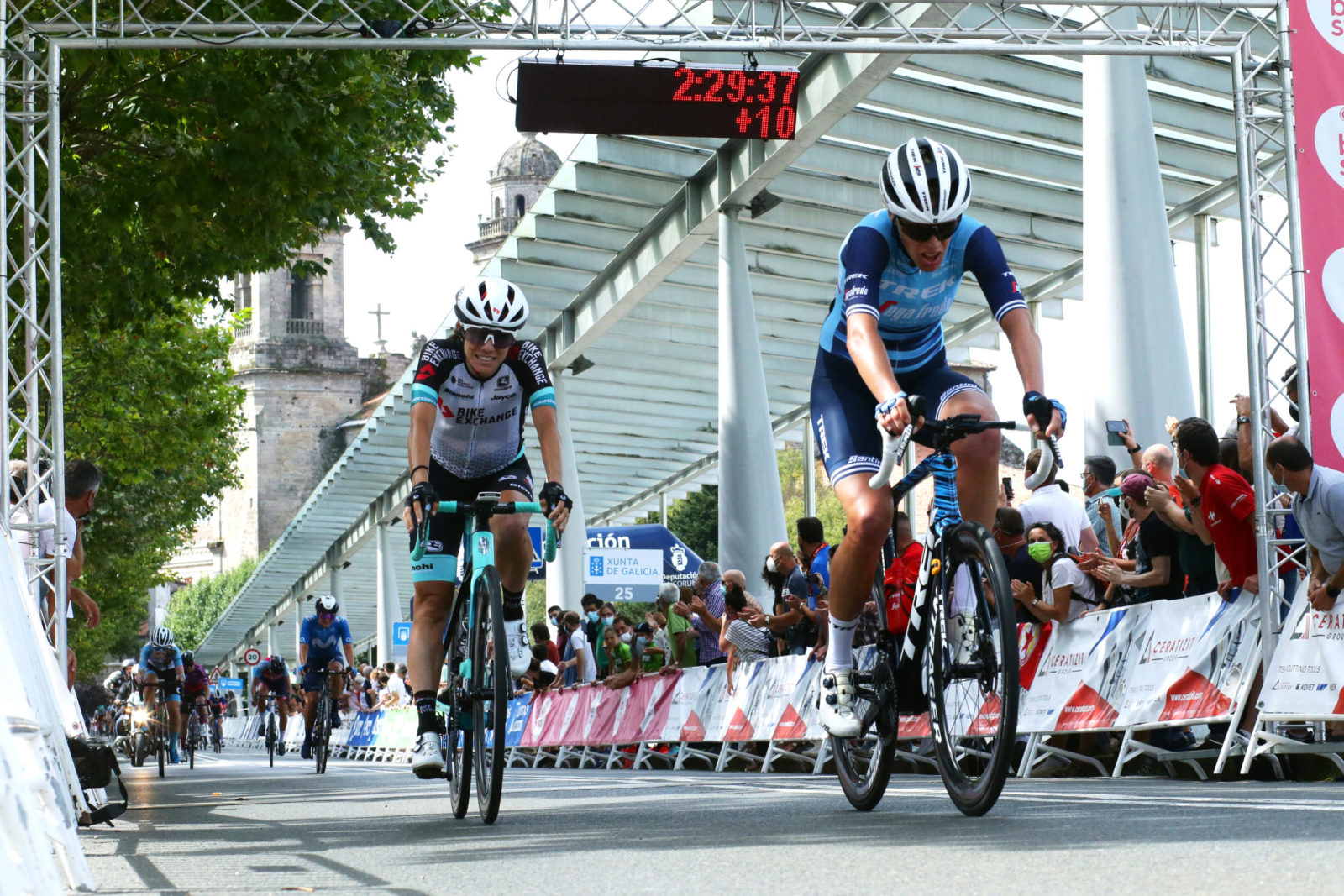 Ellen van Dijk shows the effort after a powerful lead-out.