Longo Borghini betters her fourth place with a podium two races into the season restart as World Champion van Vleuten secures another victory.

Is there a way to beat Annemiek van Vleuten?

It’s a question that Elisa Longo Borghini and Trek-Segafredo director Ina Teutenberg had ample time to ponder in the final half of the Clasica Femenina Navarra Friday when the Mitchelton Scott rider joined Longo Borghini out front for over 50 kilometers.  In the end, the World Champion could not be matched on the final climb of the race and soloed to her second win in as many days.

But it was Longo Borghini who took the race in-hand. She attacked on the third climb at around the halfway mark and eventually pulled out the world champion for company a few kilometers later.

“It was extremely windy and flat and open with some tough steep climbs. We knew we had to be in the front and always attentive. The team did a super job taking care of Elisa, Ellen (van Dijk), and Lizzie (Deignan) at the start,” explained Teutenberg. “We knew there was a section of 15kms with a few uphills and small open roads, and Elisa just seized the moment and got away. It was a good situation for us as we had Lizzie and Ellen chaperoning the chase group.”

Van Vleuten was probably not the companion Longo Borghini wanted. Still, the Italian was pleased with her race, showing better form then she had anticipated after coming straight from the team’s altitude training camp.

“Today was an adventure,” explained Longo Borghini. “I went pretty early in a break and was at first solo, and then Annemiek joined me. In the final climb with 20kms to go, she dropped me. But I didn’t surrender and finished second. I am satisfied; I am feeling good, and I am surprised because I just came from altitude. This is a good sign for the upcoming races.” 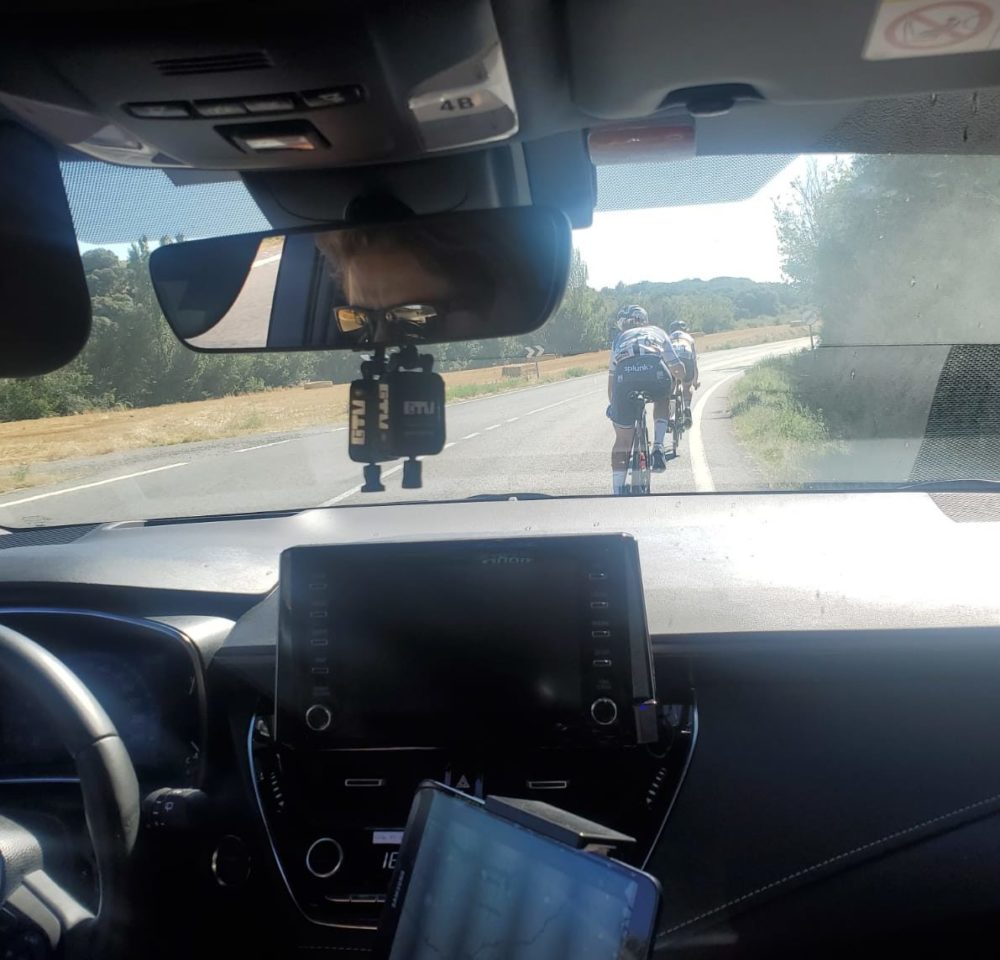 The 123-kilometer race started and ended in Pamplona and featured nine climbs, the last topping out with 20 kilometers to go. It was here that van Vleuten made her race-winning attack, distancing Longo Borghini on the steep three-kilometer uphill and soloing to the line.

Longo-Borghini successfully held off the chase group to take a hard-earned second place. A fantastic result behind a seemingly unstoppable van Vleuten who is three for three in the 2020 season, her first win coming ahead of the four-month hiatus.

“Yes, van Vleuten did win both these races solo, but she’s world champion for a reason, and we know that,” pointed out Teutenberg. “But I think there will be times coming where we can get there, outsmart her, or outplay her with tactics. The season has just restarted, and we hope this will not be repeated every bike race we go to now.

“Elisa just took the race in her hands, and she just missed a tiny bit there at the end on the last climb, but I think we did a fantastic race, and Elisa is in really good shape coming off this break.”

For Trek-Segafredo, it was another aggressive display and a sign that the new season is looking to be fruitful for the second-year team.

On Sunday, the Trek-Segafredo women line up again in Durango-Durango Emakumeen Saria, the third of the three races in the Basque country of Northern Spain.