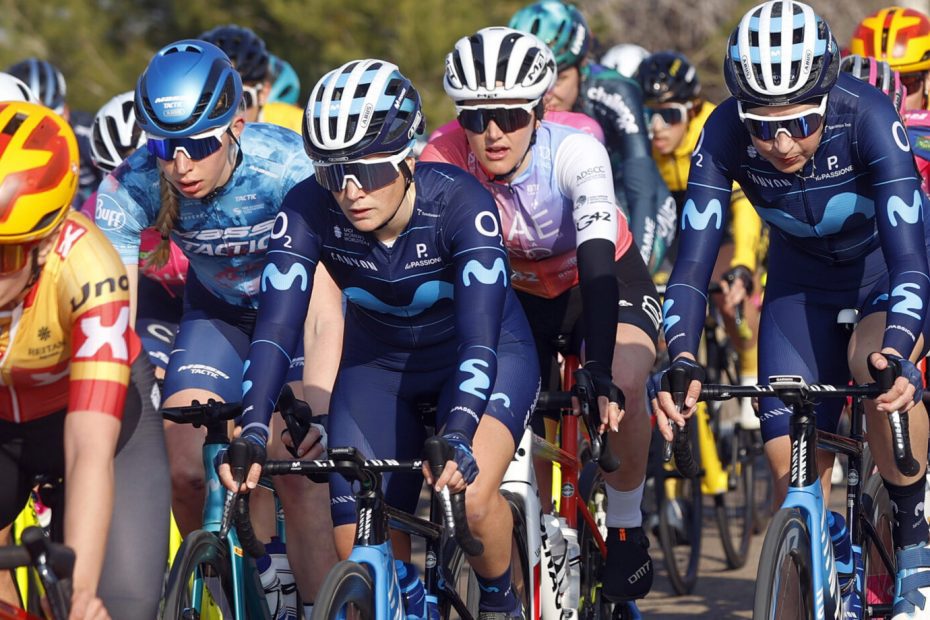 The ‘telephones’ battled until the end to defend Barbara Guarischi – 3rd at the finish line, but later relegated by the judges – at the start of her fifth season in the peloton, and will continue with the Setmana Valenciana from the 17th February.

Former world champion Marta Bastianelli (UAD) won this Sunday in the fast 4th edition of the Vuelta CV Féminas (UCI 1.1), over a flat 92 km route between Paterna and Valencia where the Movistar Team opened its 2022 women’s season.

The telephone squad, very focused on the options of its sprinter for the test, Barbara Guarischi, worked well for the Italian covering the brief attacks with a very active Paula Patiño and the work of Gloria Rodríguez, Sara Martín, Lourdes Oyarbide and Alicia González.

The effort was cut short, however, when the judges estimated that Guarischi had caused, with a change of direction in her sprint, the fall of Chiara Consonni (VAL). ‘Baby’, initially 3rd after Bastianelli and Sanguineti (VAL), was relegated, so Alicia González achieved the best result in 11th place.

The Movistar Team will continue to fine-tune its form over the next ten days before the first stage round of the course, the Setmana Valenciana, which starts on Thursday 17th with the participation, among others, of its great leader Annemiek van Vleuten.