Human Powered Health™ is gearing up for the biggest one-day race of the year on Saturday, Paris-Roubaix Femmes avec Zwift. Traversing the cobbles – or locally, ‘pavé’ – of northeast France, Paris-Roubaix is the most excitingly unpredictable race of the season.

The race’s nickname is the “Hell of the North”, which was how the organizers described the region in which the race is held following the devastating effects of the first world war. While the catastrophic damage to the region is gone now, Paris-Roubaix has always retained a special poignancy.

With riders regularly coming to the finish covered in the mud, dust or grit of the former coal-mining region and sporting thousand-yard stares, the French epic is a trip into cycling’s past when gladiatorial athletes heaved their one gear bikes over unimaginable terrain.

So, how do you win such an event and what makes Paris-Roubaix the ‘Queen of the Classics’?

WHICH RIDERS ARE BEST FOR PARIS-ROUBAIX?

A lot goes into winning the toughest classic in the world. The riders who line up in Denain know that to conquer the cobbles they need to be physically fit, mentally prepared, be a good bike handler, have good tactical awareness and be in the right place at the right time.

A big engine balanced with bike handling skills is absolutely paramount for a rider to succeed. Furthermore, unlike a standard road stage where the big riders can shelter on the wheels in the peloton throughout the race before launching their attacks late on, to be successful, a rider must be in the first 10-15 riders from the first sector of pavé at Hornaing à Wandignies, all the way to the finale.

This is because the race into the sectors can be as big of a battle as the cobbles themselves. Handling skills learnt through cyclocross are also very helpful on the pavé, so it’s no surprise to see off-road champions like Marianne Vos (Team Jumbo-Visma) and Lucinda Brand (Trek – Segafredo), heavily tipped to perform well on Saturday.

The race into the sectors can be as big of a battle as the cobbles themselves.

How difficult is Paris-Roubaix?

The 124km route of Paris-Roubaix Femmes is characterized by the 17 sectors of cobbles that line the route from Denain to Roubaix.

Unlike the Belgian classics, the cobbled roads in Northern France have a significant camber. Riding on the ‘crown’ of the camber is the best and safest position to be in and hitting them with great speed results in rider and bike gliding over the pavé. Although the edge of the cobbles may offer a little bit of respite compared to the crown, the risk of puncturing on the dust or colliding with a boisterous fan is far greater. 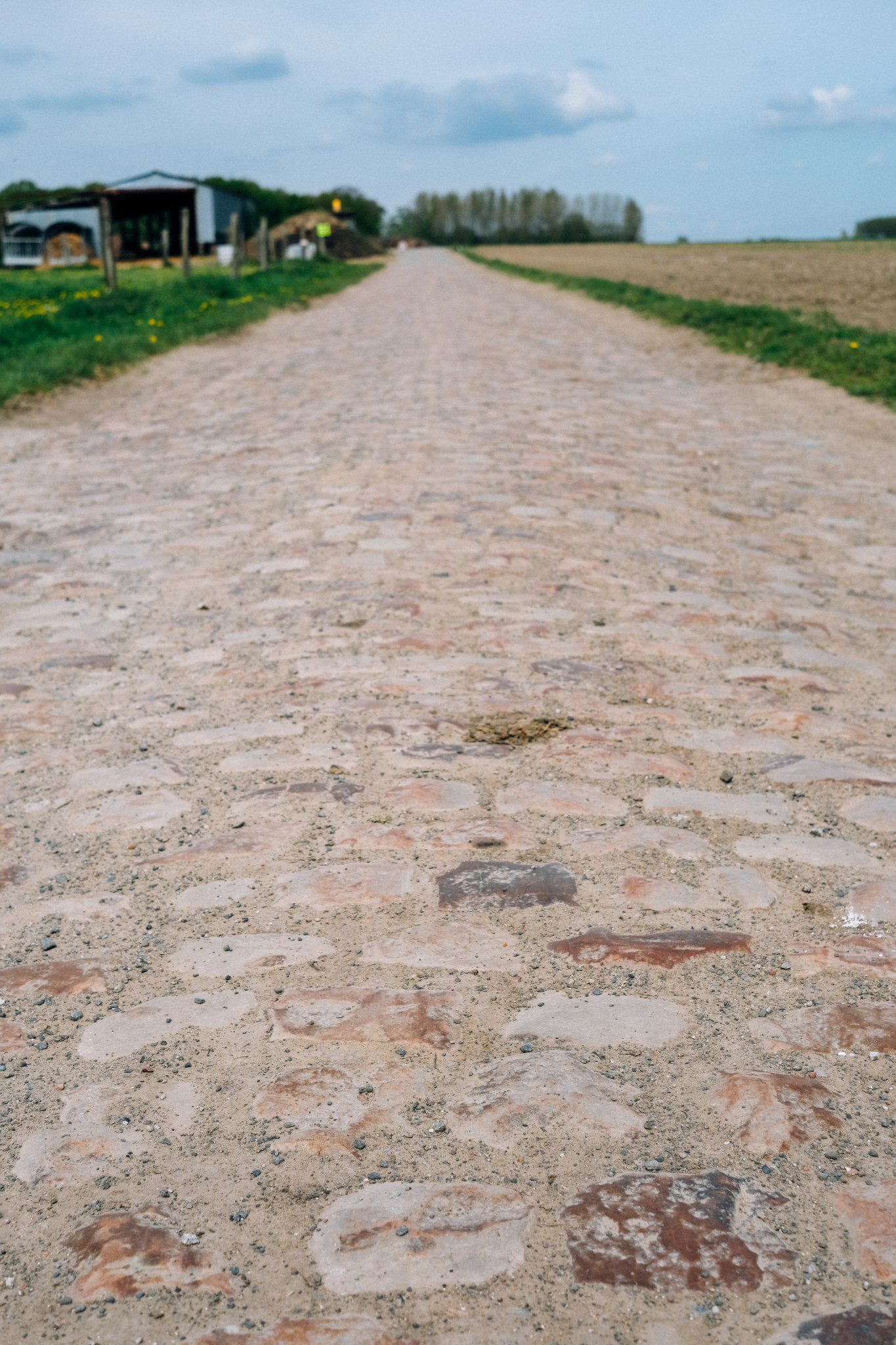 The camber or crown of the cobbles. 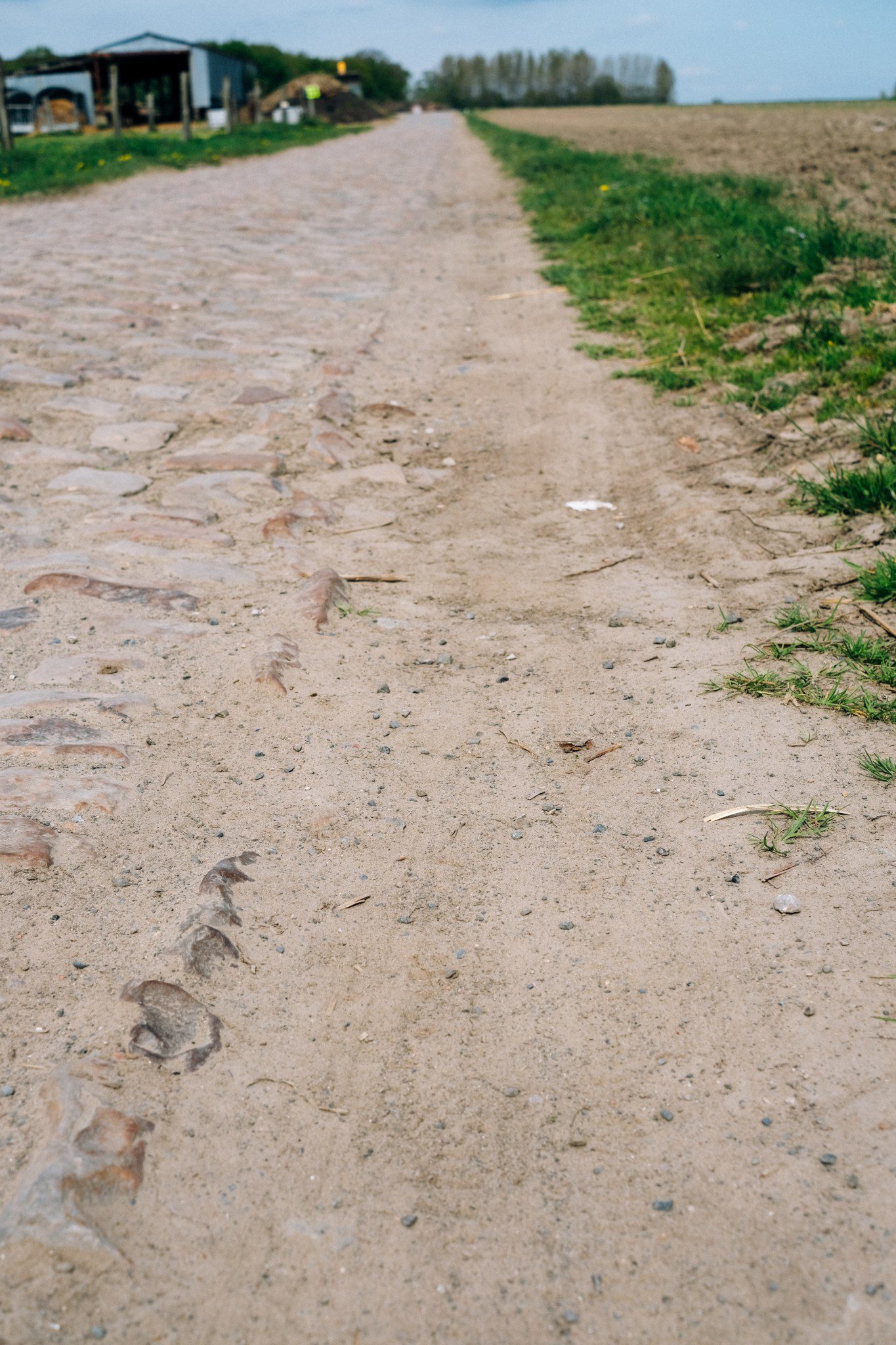 A smoother but more treacherous line.

These sectors are all allocated a star rating from one to five stars, which relates to the difficulty, conditions and length of the cobbles. On Saturday’s route, there are two stretches graded five stars, Mons-en-Pévèle and the famous Carrefour de l’Arbre. Often race-making, these tracks are where the powerhouse riders really come to the fore.

Last year’s inaugural Paris-Roubaix Femmes was both a historic edition and an anomaly due to the conditions. Due to its change in the calendar from April to October and the fall weather that came along with the switch, the cobbles became mired in mud, resulting in many crashes and making it look more like a cyclocross than a road race.

Forecasts for Saturday however are very different, with the sun expected to shine on the peloton with temperatures hitting the mid 60s, making the cobbles dry and dusty.

This may seem like a blessing, but hotter weather offers a false sense of security. The pavé is arguably more difficult in dry conditions because the sectors are bare and offer absolutely no rest bite. It may mean that we see more tactical racing compared to last year’s epic slugfest, but it certainly isn’t any easier. 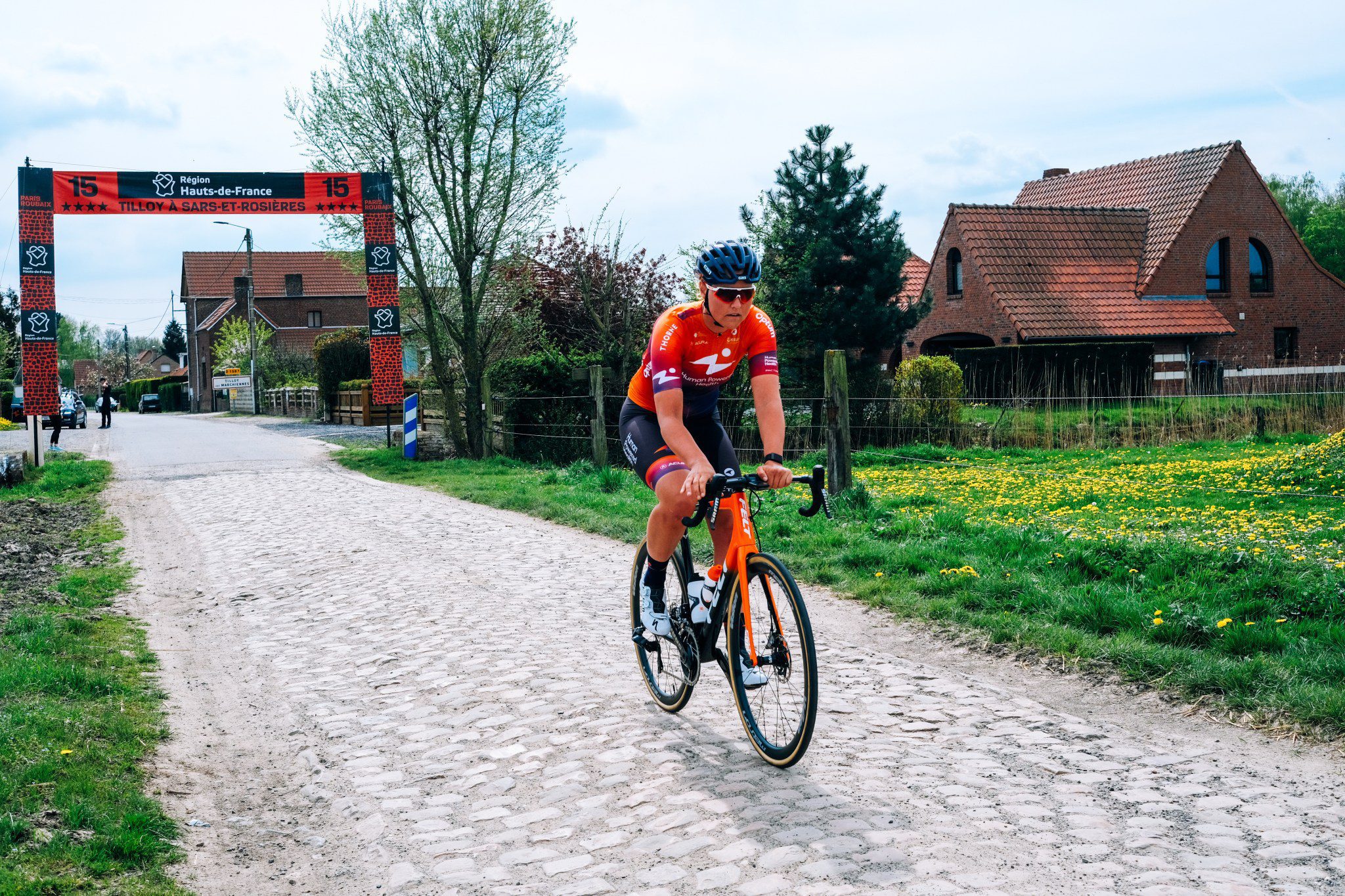 Evy Kuijpers on the cobbles. 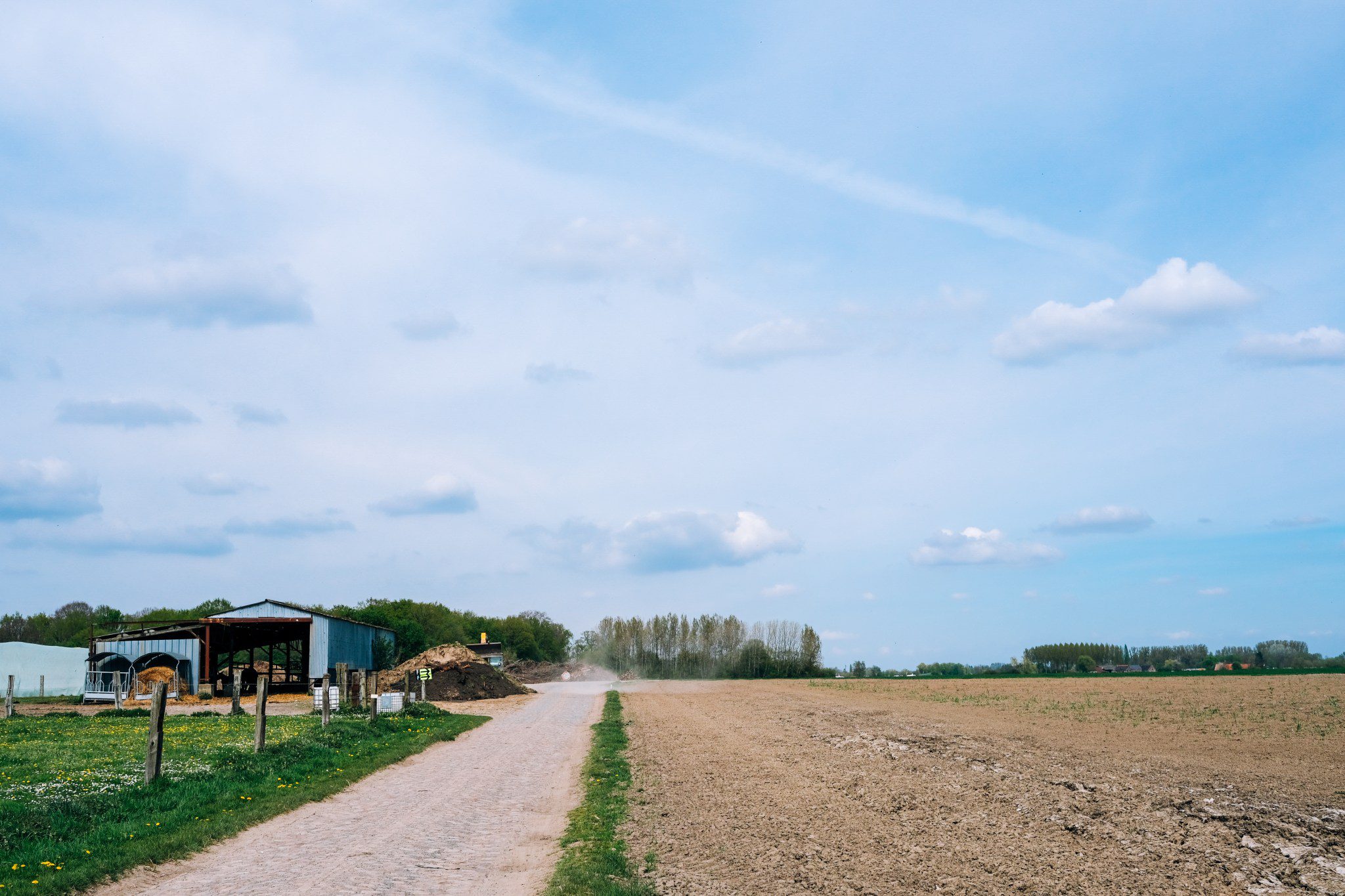 Dust and sun rather than mud and rain.

Where does Paris-Roubaix finish?

For most of the editions of the men’s race since the late 19th Century, the outdoor Vélodrome André-Pétrieux has served as the finish stretch of Paris-Roubaix. If the cobbles weren’t impressive enough already, this cathedral of cycling certainly puts the cherry on top.

Serving as either a celebration of a solo rider or the final battleground for a small group, the one-and-a-half laps around the concrete track produce some of the most spectacular images of the entire season.

Will Mieke Kröger and Lily Williams’ track cycling Olympic medals and experience make the difference? Only time will tell.

How much prize money is there at Paris-Roubaix

As with the prize equality at the recent Tour of Flanders, the large cobble trophy that the winner receives in Roubaix Velodrome and the prestige that goes with it is priceless, but it’s once again a good sign that Women’s WorldTour races and riders are getting more respect.

In North America, FloSports has live coverage of the racing and in Europe, it can be caught on the Eurosport Player and GCN+. Live images from the women’s race start at 7:15 am ET. Unlike 2021 where Deignan’s race-winning move was missed by live cameras, the broadcast will show all 17 pavé sectors this year.

If you can’t contain your excitement for the broadcast, keep up with the team’s updates on social media as we will be bringing wall-to-wall coverage from the ground. 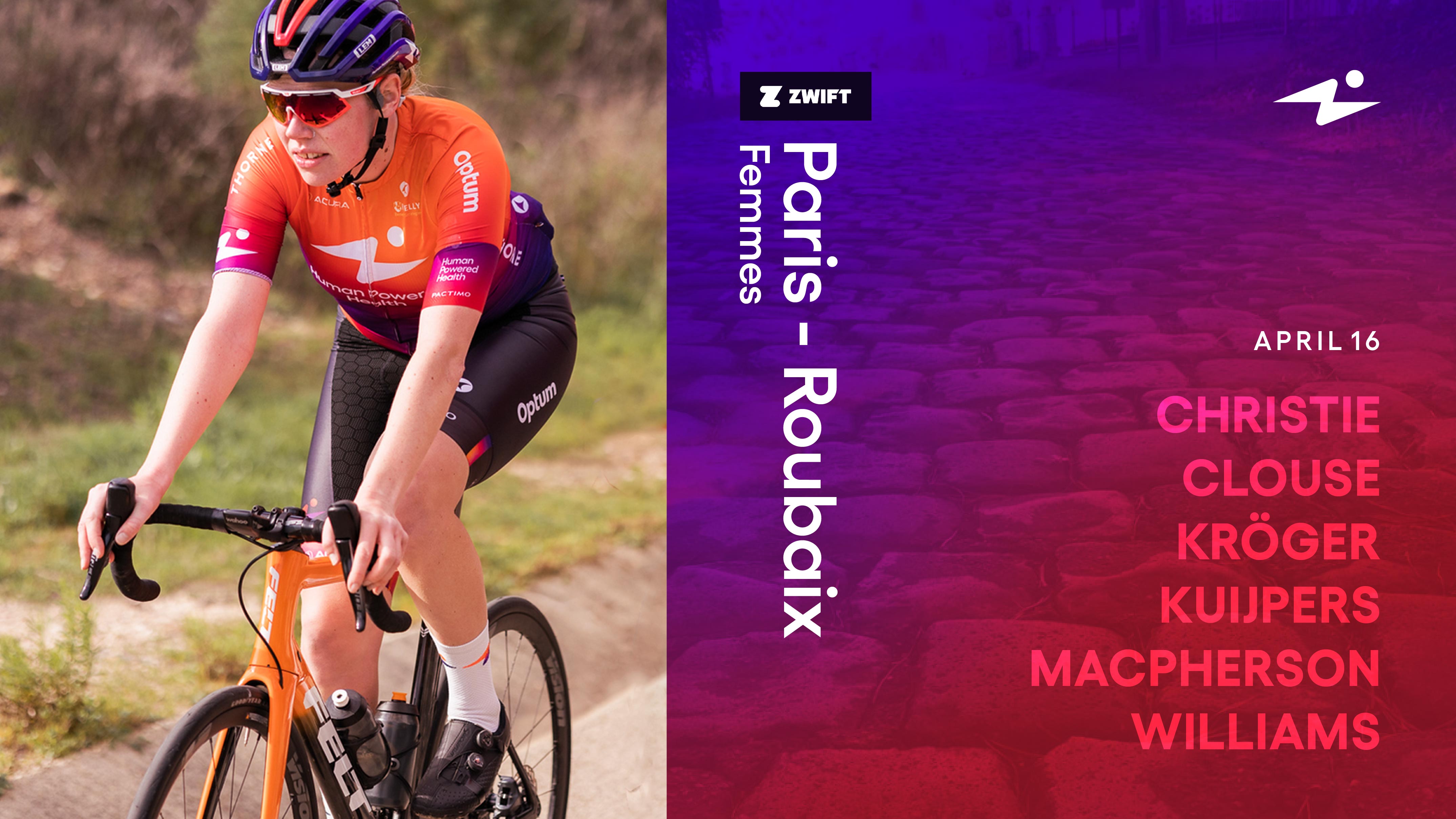