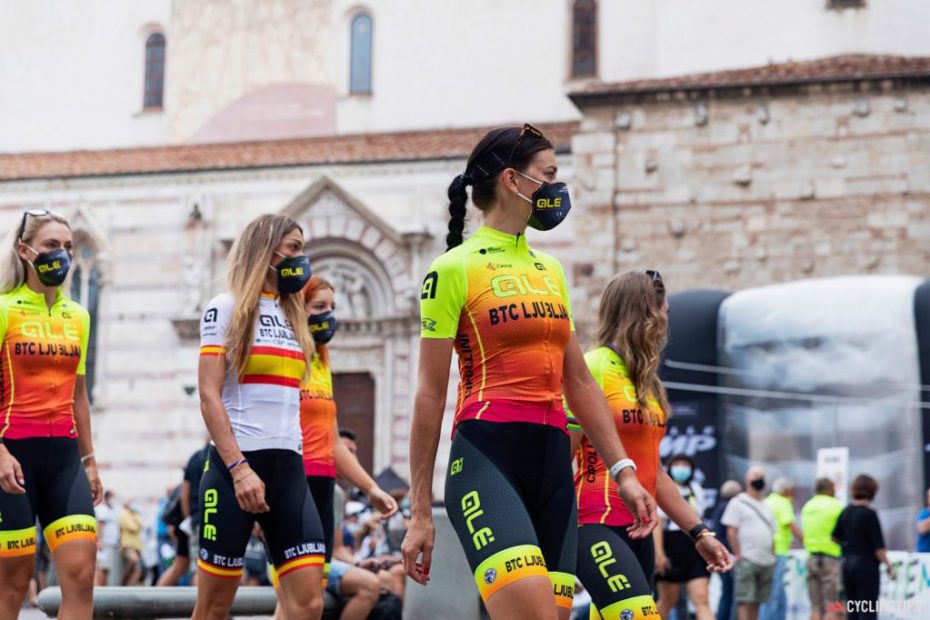 ​It’s a magic moment for cycling in Slovenia. Sunday on the Champs-Elysèes in Paris the highest peak in its history was celebrated: Tadej Pogacar (22 years old yesterday), won the Tour de France and took the yellow jersey to the top step of the podium. Next to him, second, another Slovenian, Primoz Roglic. The two dominated the scene in the last Grande Boucle bringing to the fore the great growth and excellence of cycling in the former Yugoslav Republic.

What we are witnessing is the result of a continuous and constant process of growth for the Slovenian cycling movement, which also includes the women’s movement that has its summit in Italy, with the WorldTour Alé BTC Ljubljana team. An Italy-Slovenia synergy that was born in this 2020 season and is giving great satisfaction. There are four Slovenian riders in the team: Eugenia Bujak, former national champion and recently close to winning a stage at the Giro Rosa, Ursa Pintar, national road champion, Urska Zigart, Slovenian time trial champion and bronze medalist in the road race (she is also the Pogacar’s girlfriend), and Urska Bravec, bronze medalist in the national time trial championship. Athletes who are experiencing an important step for their career in the Italian team.

Alessia Piccolo, President of the team and CEO of APG S.r.l., said: “We met Tadej thanks to our rider Urska Zigart and we cheered for him with the whole team. It’s the proof to the high level of cycling in Slovenia. This is nothing new for us, and last year we formed this sports partnership with the BTC Ljubljana group to build something important together and to make the most of our riders in the women’s cycling elite world. We like the fact that Slovenians are willing to work hard and that’s what motivated us to join them”.

Maja Oven, Director of Market Communications and Public Department at BTC and Vice President of Alé BTC Ljubljana added: “I’m happy for Tadej, I have known him since he was 9 years old and we have seen him grow up in our club KD Rog. As vice president I’m proud to be part of a successful Slovenian history and to be able to contribute with our team to the development of cycling in Slovenia, especially women’s cycling. It is a privilege to be part of this beautiful story. Slovenia is firmly anchored on the world cycling map”.