Home » “It will be an exciting Giro”

“It will be an exciting Giro”

The wait goes up for the Giro d’Italia Donne, from July 2 to 11

After an introduction by directors Ina-Yoko Teutenberg and Giorgia Bronzini (ICYM the story) , here are the impressions from two of the most representative riders of Trek-Segafredo, Elisa Longo Borghini and Lizzie Deignan, days out from the Giro.

I approach the Giro with great serenity. I feel good and am happy to be back in the race with my team. There is a great understanding and chemistry between us, I’m happy to re-find teammates who I haven’t raced with for a long time, like Lizzie and Ellen
– Elisa Longo Borghini

I feel fine and I feel my form is reaching a crescendo. The Giro is one of my favorite race in the season, it always brings a lot of excitement. And then, we’re going to attend it with a very strong team. I see plenty of chances for us to make a strong performance
– Lizzie Deignan 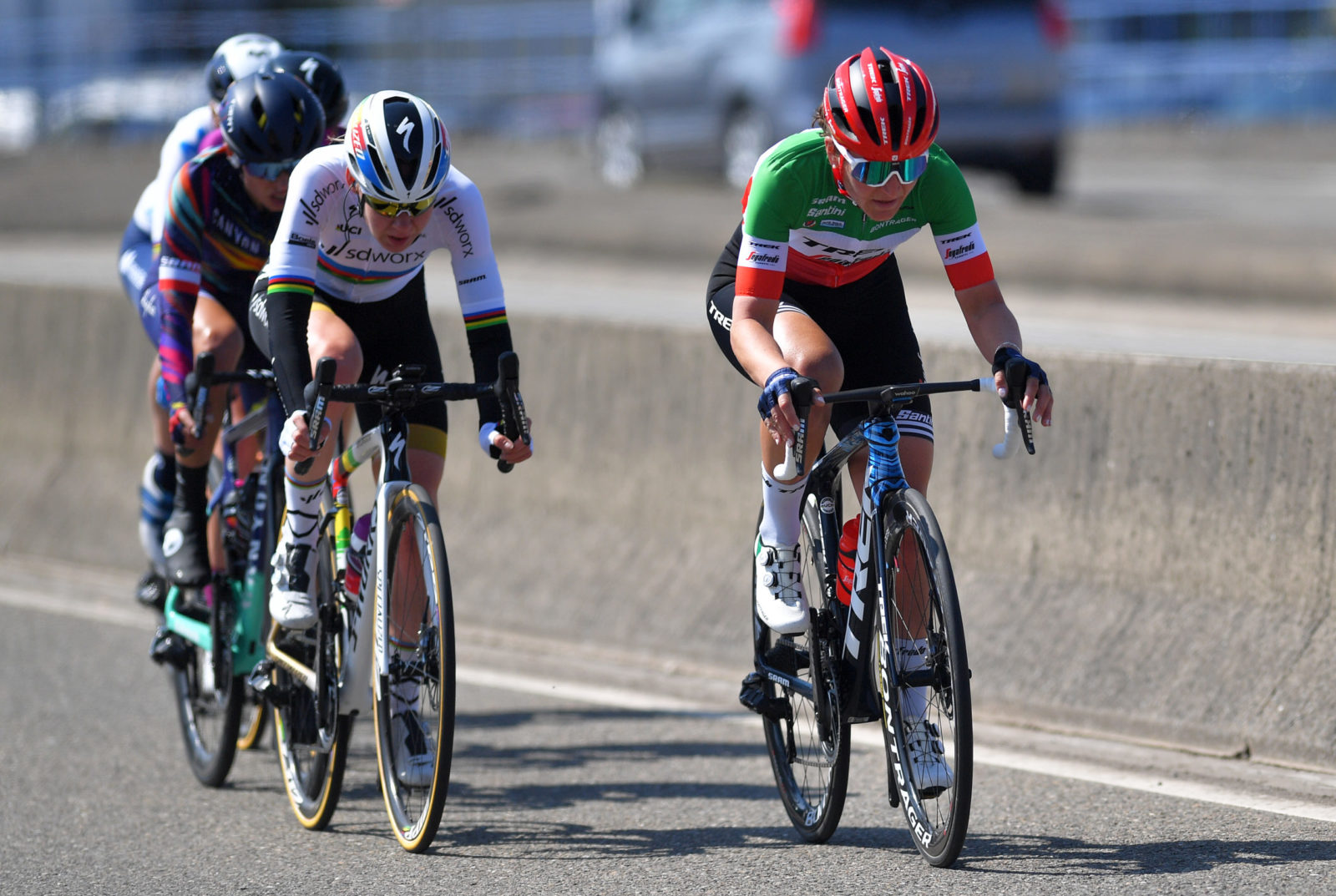 Being a protagonist in their own country is perhaps the most demanding challenge for an athlete. And Elisa, coming from third place last year, knows it well.

“I’m not worried about pressure, but also I don’t want to overload myself with too much it. I’m here to do well, but first I really want to understand my level with the first two stages. It’s the last step of the long road to Tokyo but, for sure, it’s not just transit race the Olympics. It’s a very important event in my season. I would like to leave a mark that can also give me an important morale boost for what’s coming next,”

“My relationship with the Giro is a bit love and hate. Love because it is the grand tour of the women’s calendar, the longest race, and moreover in my own country: having the chance to honour the Tricolore jersey there, makes me proud. Then, it’s a tough race and always highly coveted. The emotions that the Giro has given me in my career have been incredible, something that will remain forever in my memory as a rider. And hate because so far, in all my experiences, I’ve always suffered a bad day during the ten stages. And unfortunately, when it comes, I tend to lose a lot of time in the overall standings. In short, I can’t have half measures,”

“My starting condition is good. I did some intense work between May and June in the mountains at Sestriere and then I raced the national championships. The TT and RR victories have been a pleasant confirmation of my feeling. However, I feel the need to compare myself with the others to understand how much I can aim to GC or look for wins in some strategic stages. Last but not least, I race in Italy wearing the Tricolore: honouring this jersey is the least I can do,”

“This year’s course is demanding from the start, with a tough opening team time trial and the summit finish in Prato Nevoso after which the GC will begin to take shape. The race will be decided by the hilly TT in Formazza and the queen stage on Matajur on the penultimate day. As contenders, I think Anna Van der Breggen and her SD Worx team deserve the mention of number one favourites. I also don’t underestimate Mikayla Harvey with Canyon SRAM and Cecilie Uttrup Ludwig with FDJ. Obviously a race like the Giro can have its twists and turns and I wouldn’t be surprised to see other riders coming up or an outsider emerging.” 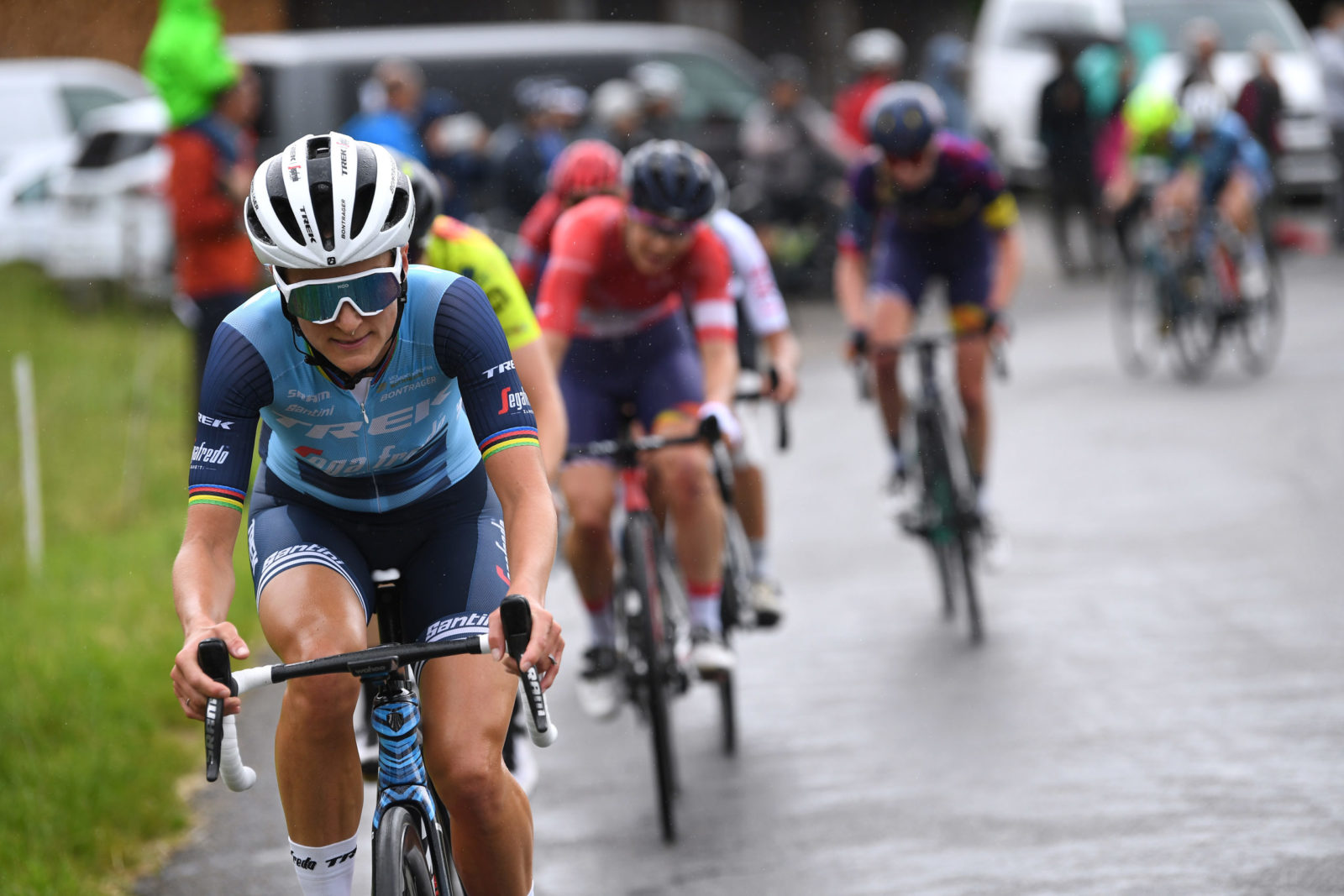 For Lizzie, who will be competing in the Giro for the eighth time in her career, the race represents a dual opportunity.

“My expectation is, first of all, to have a hard race. The chance to make a bold performance and to look for a stage win during the next days is a standalone goal of my season. But it’s fair to say that the imminence of the Olympics makes the Giro an important and perfect preparation to reach the peak of my form. Italian weather condition are similar to the what we can have in Tokyo in terms of heat and humidity. It would be interesting also to see the level of competition with a few of the riders I’ll have to battle in Japan,”

“I haven’t had the chance to recon the route so I will rely more on the race book and advice from those who know Italy well, like Elisa. The start with the TTT hopefully can be a nice springboard to gain morale as a team, as well as a good advantage given our collective strength. Obviously the competition is strong, with SD Worx in the lead. I agree that last year’s winner Anna van der Breggen deserves to be considered the top favourite but at the Giro you can’t really rule out anyone.”