Home » Jesse Vandenbulcke on her year in the Belgian tricolour

Jesse Vandenbulcke on her year in the Belgian tricolour 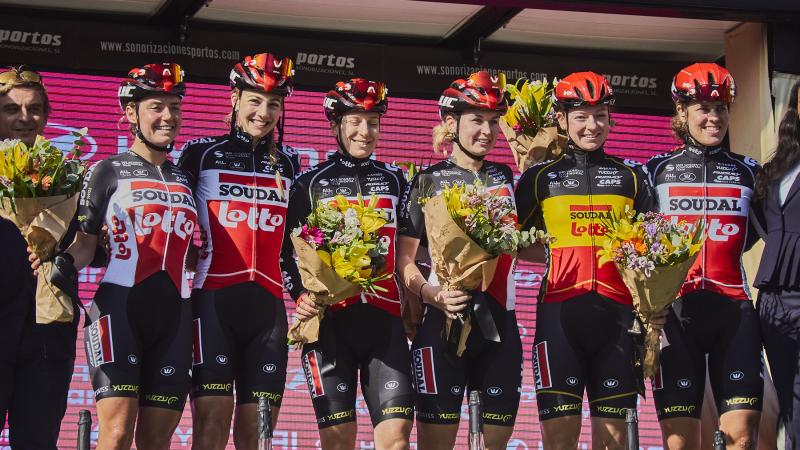 At the beginning of this year, Jesse switched from Doltcini – Van Eyck Sport to Lotto Soudal. The Vuelta CV Feminas on February 9 became her first race in the Lotto Soudal shirt. In the subsequent Setmana Ciclista Valenciana (20/02 – 23/02), Jesse, unfortunately, crashed in the first stage and broke a cervical vertebra.

Jesse Vandenbulcke: “Because 2020 is such a special year, I didn’t have many opportunities to experience good moments in my Belgian jersey. The year started well with a nice training camp with my new team. There was a good atmosphere right away. In our first race in Valencia, Arianna Fidanza finished fourth and we just missed a podium place. However, when we were unloading the camper, we were told that we had won the team classification and that was the perfect start to the season for us!”

“Eleven days later I crashed during the opening stage of the Setmana Ciclista Valenciana. Fortunately, I was able to make a quick click and focus on my recovery instead of just giving up. Eventually I could have resumed the competition in Dwars door Vlaanderen on April 1, but corona didn’t allow that. Of course, it was frustrating after having worked so hard. I wanted to show my Belgian jersey and knew that I was riding in a team that believed in me. But soon I made the switch again and made sure I was ready for the moment when we got the green light to race again. During this period I was able to spend more time with my family and that resulted in many beautiful moments off the bike.”

“Through the Zij Aan Zij project of Cycling Flanders, I am also committed to guiding young girls who are taking their first steps in cycling. Due to the corona crisis, not all planned events could take place, but I maintain close contact with the girls. I am very happy that as a Belgian champion I was able to put my shoulders under this project. As a young girl it is very difficult to start cycling if you have no one with experience around you to teach you things and give you tips. I am happy and proud to do this.”