We asked our riders to tell us why, among all the races, this one is one matters the most

For one day, Brest and Bretagne will be the center of gravity for world cycling. Before the Tour de France grabs all the attention, cycling’s fast women will take the spotlight for La Course on Saturday, June 26, before the Grand Départ.

La Course is a young race, but it has quickly become one of the biggest and most important in cycling. To help you better understand its significance, watch Episode 2 of the Run Up series on Friday, which highlights Liv Cycling and Trek-Segafredo as they prepare for this big event.

Here are six reasons to watch La Course, according to some of the fastest cyclists in the world. 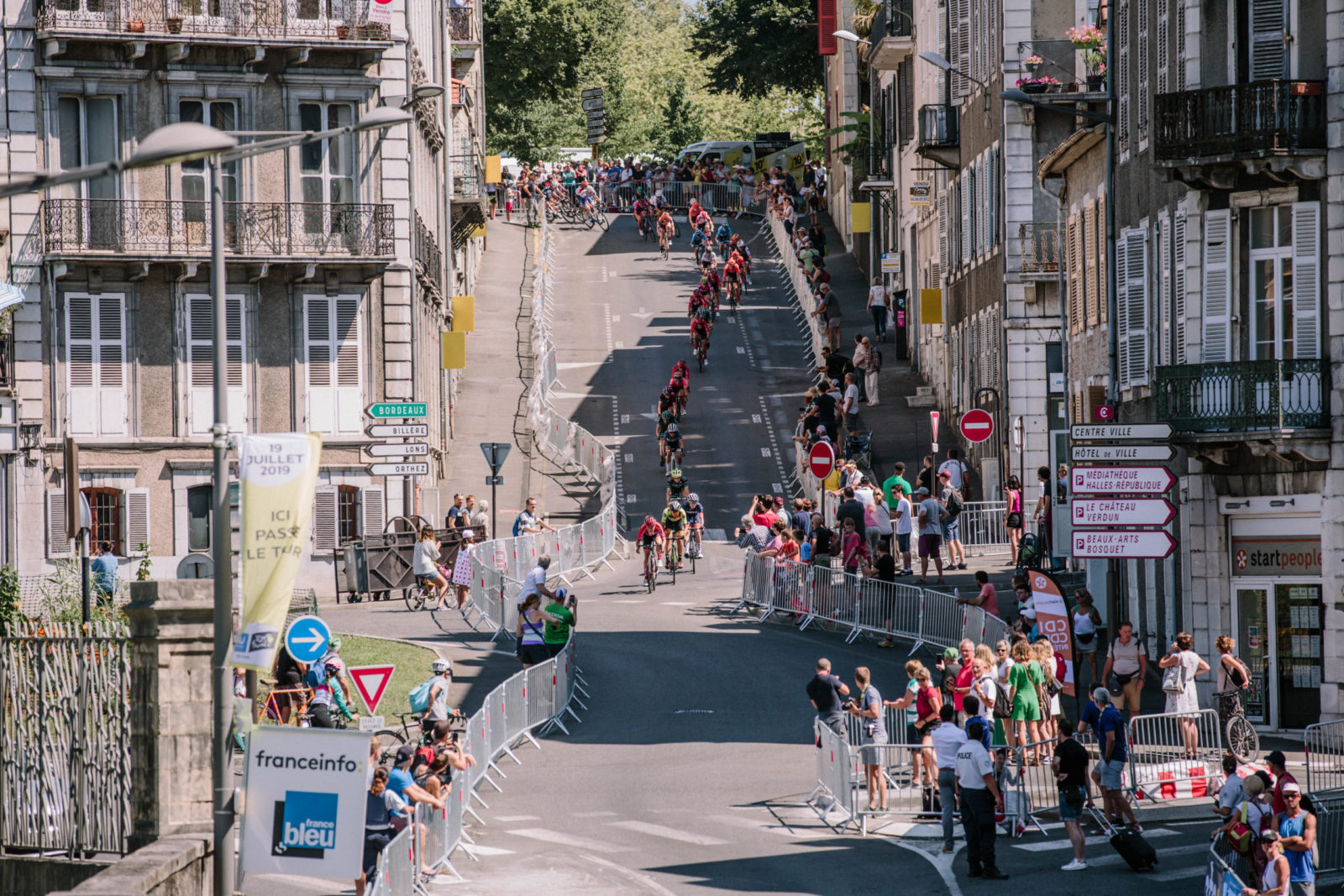 The women’s peloton race up the climb in the 2019 La Course. (Photo: Jojo Harper)

La Course brings with it the iconic appeal of the Grande Boucle, despite being a one-day race. Sharing the platform of the world’s most important race makes the approach super inspiring. This year in particular I think it deserves to be watched in its entirety because, with the Olympics just weeks away, we’ll have a top starting list, with super motivated and on-form riders. The challenges between the best riders are what make it special. On Saturday, it’s going to be a great show.
– Lizzie Deignan 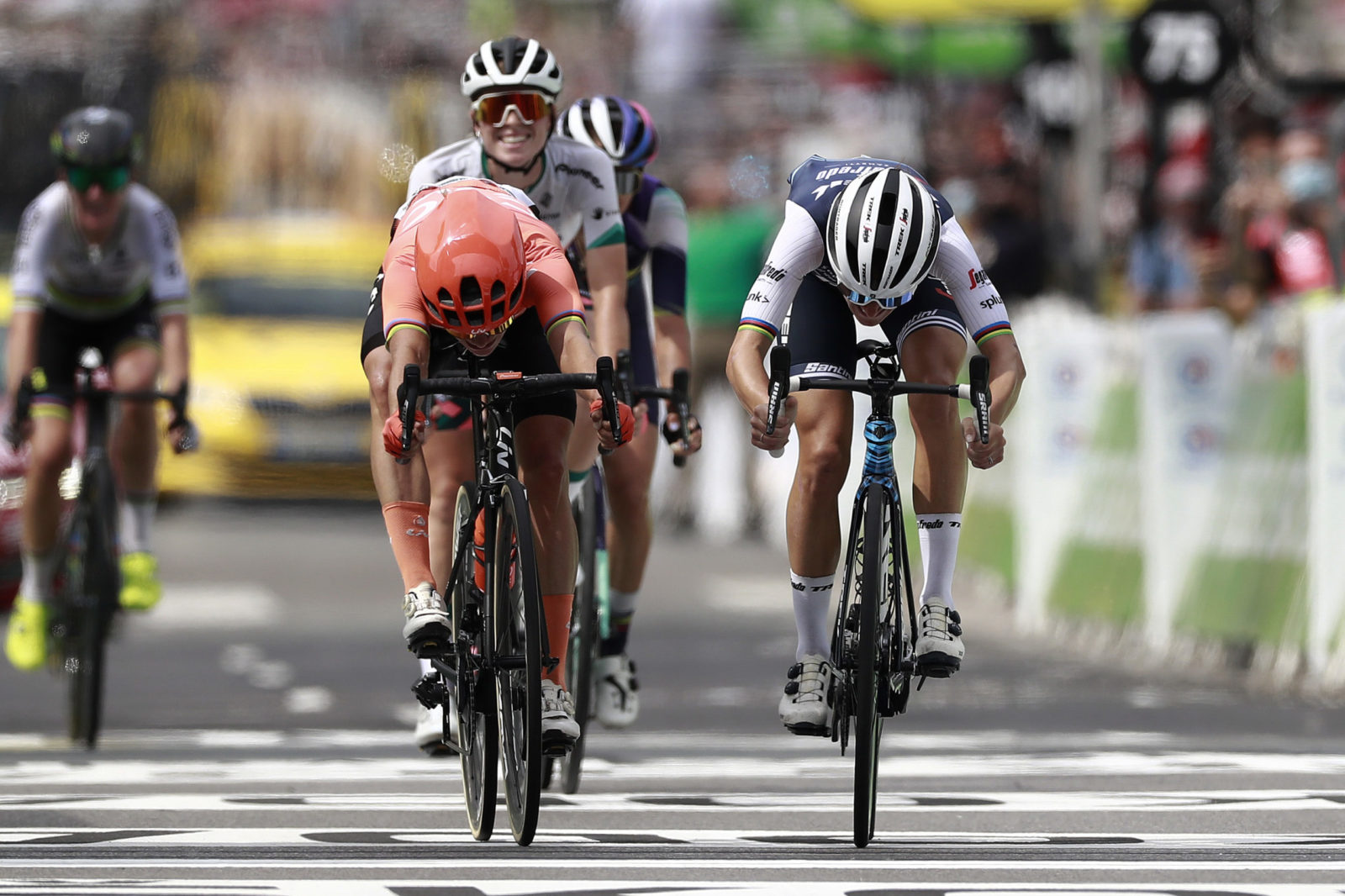 It will be a breathless race. We need to start from the end to figure out how much it will matter to be ready from the first kilometer. The final, although it’s a pity there’s not the Mur the Bretagne as in the original route, is really hard. We’re in Finistère, the western-most department, the hardest area in terms of roads and climbing. It can be really windy, with rain too. It’s going to be a race with a high rate of unpredictability. We can expect a breakaway or an early move, not necessarily will it be down to the last climb for the win. But, in the end, I’m sure a punchy rider will take it and I think we have a good chance as a team.
– Audrey Cordon-Ragot 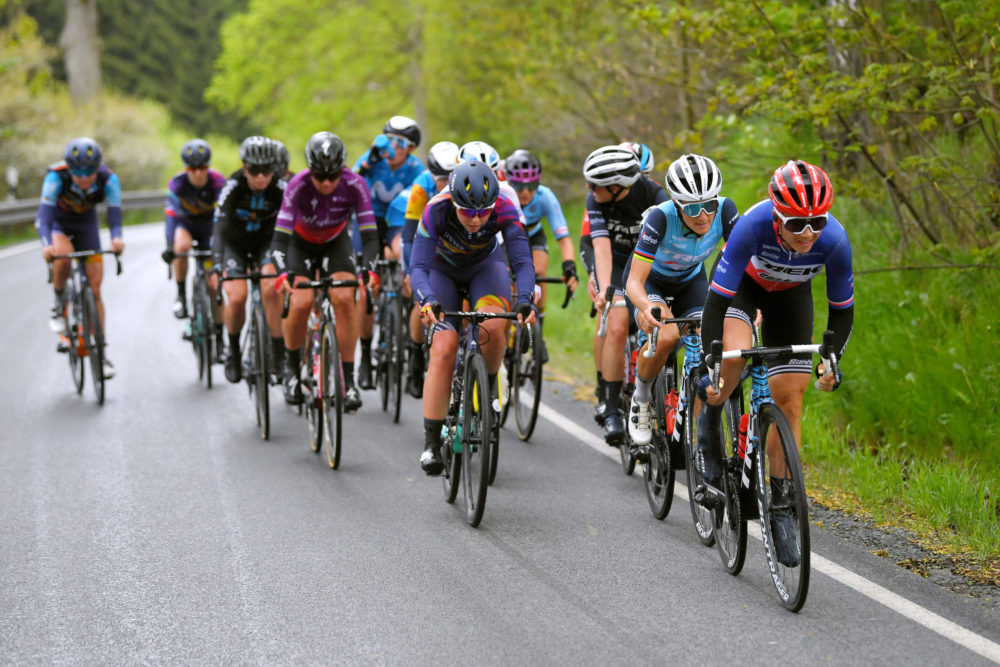 It’s not a long race, which will inevitably make it explosive. It’s continuously up and down, which will make the attractiveness significant: at any time something can happen. I saw many riders in good condition in the last races, including myself and my teammates. It will be necessary to race aggressively. I really like the short climbs that characterize the route; the ideal ground to challenge each other and guarantee entertainment. Last but not least, the atmosphere of Bretagne, a land where you breathe cycling.
– Lucinda Brand 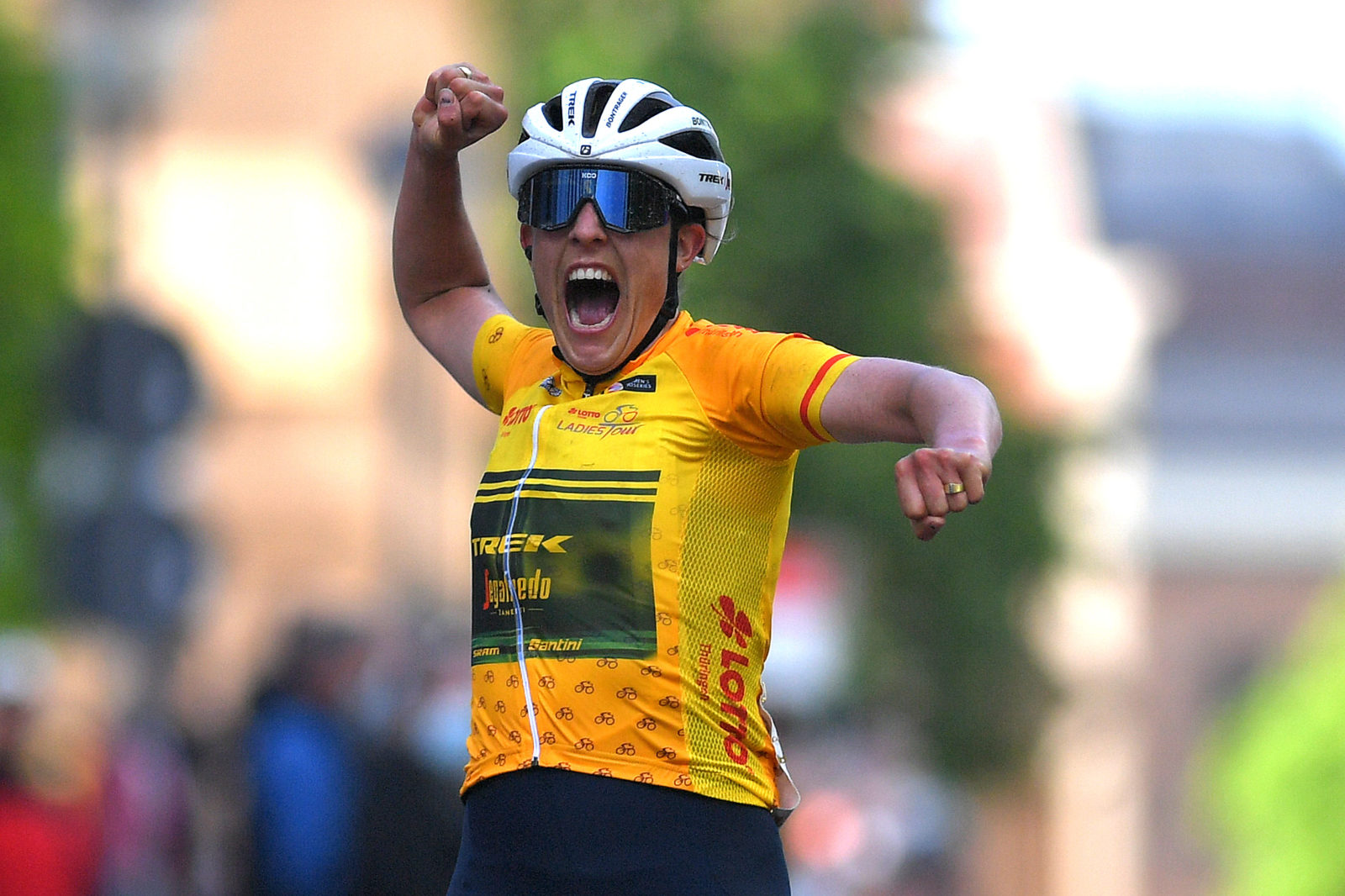 Lucinda Brand celebrates as she crosses the line in Stage 5 at the Thüringen Ladies Tour 2021. (Getty Images)

As a fan, it’s a race I wouldn’t want to miss. As a rider, it’s strongly felt, and for those who follow it’s going to be a great show – super engaging. I see this year’s course as very intriguing and open to a lot of different solutions, both in terms of initial approach and management of the finish. The punchy climbs will be the most exciting parts as well as the decisive ones. I see a lot of riders who are capable of doing well, which will make for a super hectic three-hour race.
– Ruth Winder 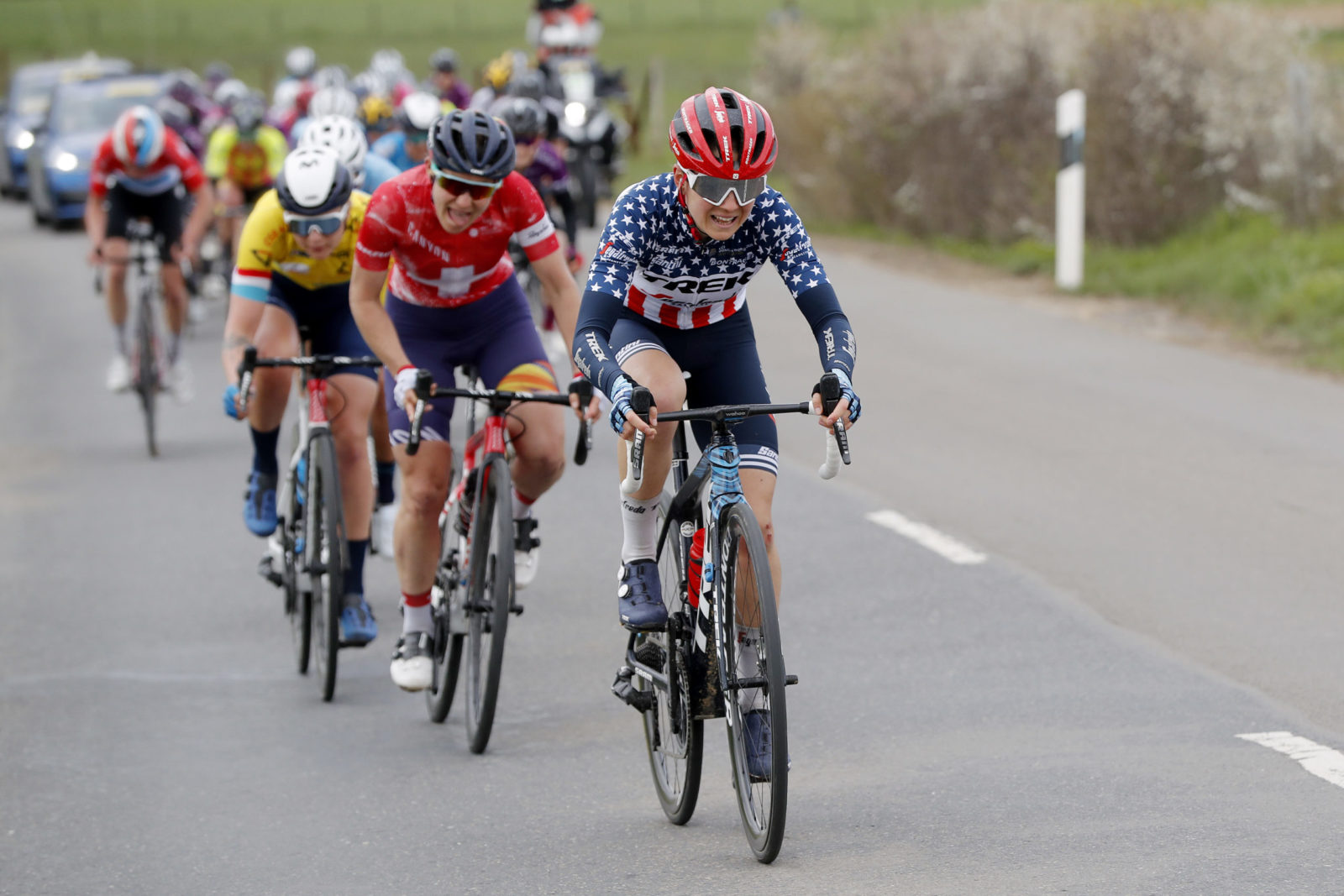 Ruth Winder won’t be in the stars and stripes this year, but she will be at the front! (Getty Images)

Thanks to its global live coverage it is a unique opportunity to showcase the beauty of women’s cycling. It’s a race surrounded by great excitement and hype. You get the feel of the big event, especially this year when ASO also announced that La Course will be a stage race for 2022. La Course, like few other races on the calendar, is super dynamic, incredibly tactical, and requires an aggressive approach right from the start. It also requires great teamwork to protect the leaders. The pitfalls are many, especially if the weather conditions are bad.
– Tayler Wiles 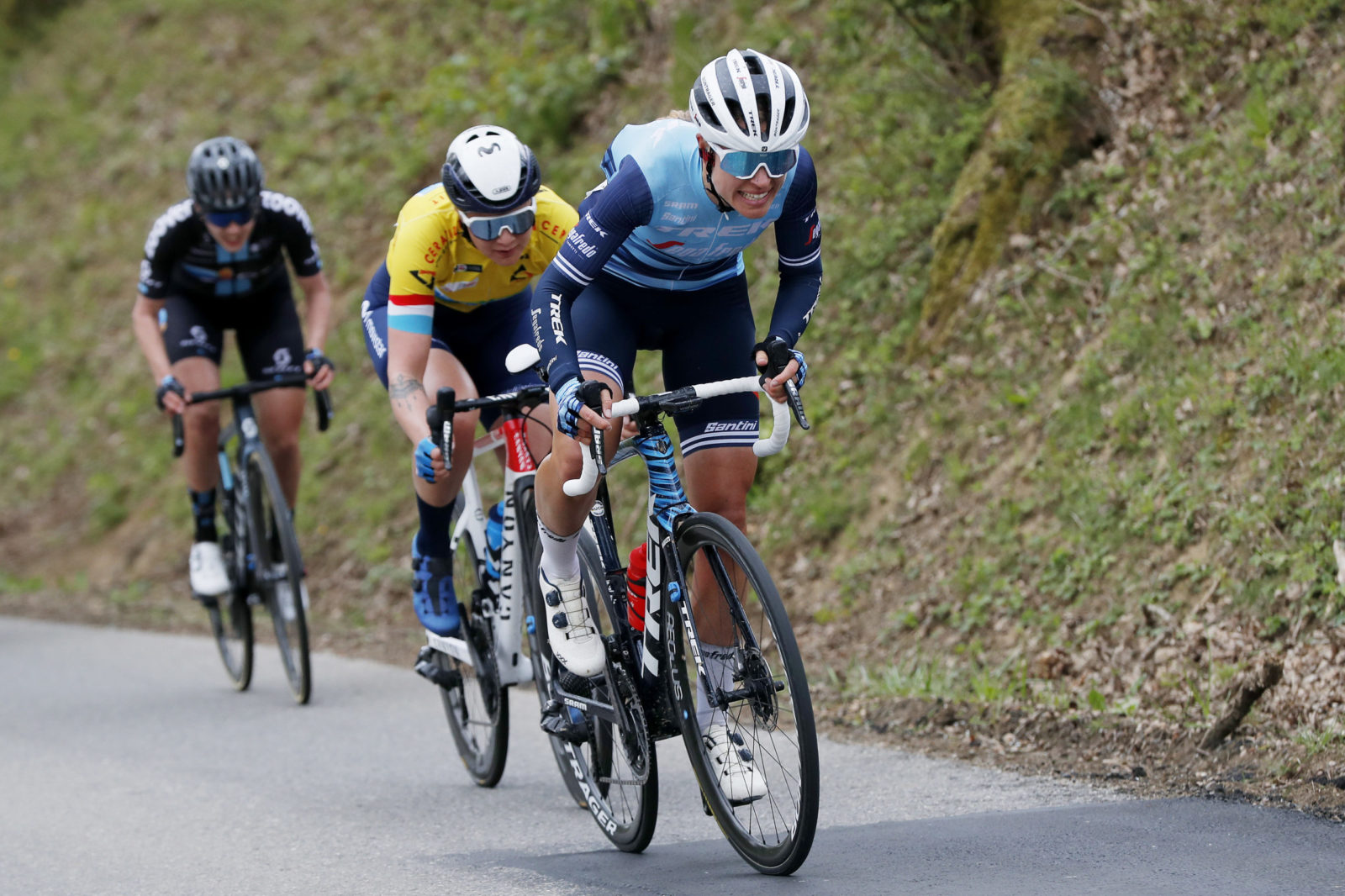 I have followed almost every edition of La Course on TV and I have always considered it one of the most exciting races. The level of competition of the challenge, matched with the demanding course, always kept me glued to the screen. Every year it was so spectacular and thrilling. Being part of this show this year makes me super excited and motivated. It’s something I didn’t expect and an amazing surprise.
– Shirin van Anrooij 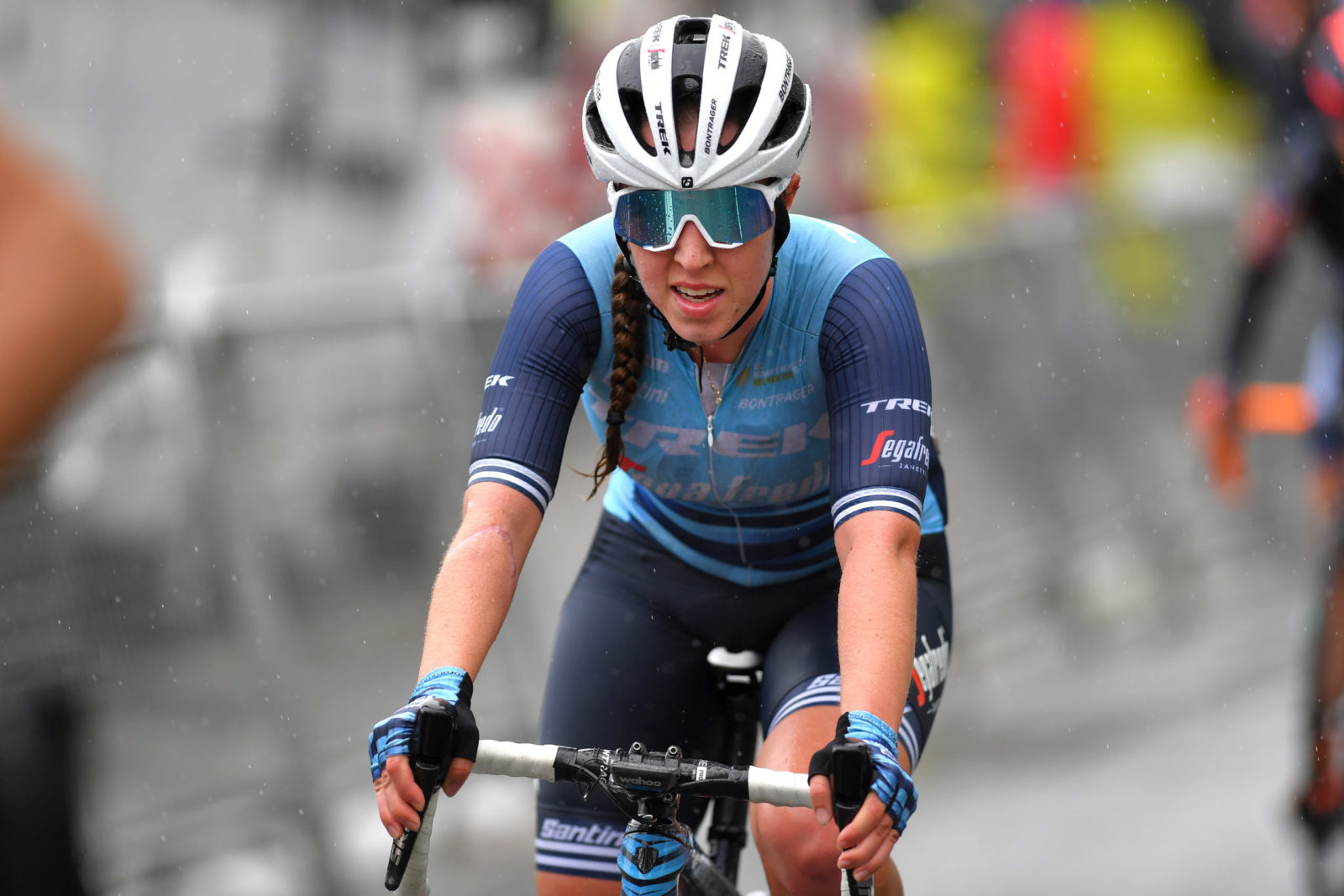