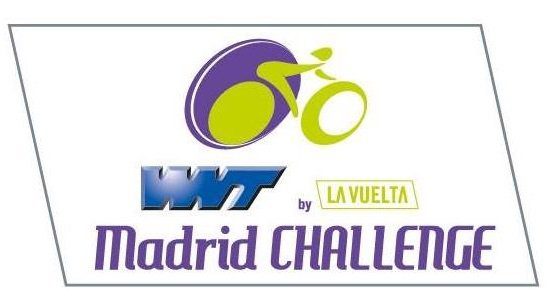 The Spanish equivalent of La Course (the women’s ‘tour’ de France) harks back to the pre-mountain stage days of that race. Taking place on the same day as the finale of the men’s Vuelta, the women’s race takes place on the same finishing circuit in Madrid, but with more laps and no ride from outside of town to get there. The Madrid Challenge will effectively have already been decided by then anyway as Stage 1 on Saturday is a short 12.6km team time trial on the outskirts of Madrid – this will establish the time gaps that will probably stay as Sunday’s race ends in a bunch sprint of the favourites.

The winner of the last two Madrid Challenges by La Vuelta (it needs a catchier, less sponsory name) Jolien D’Hoore is back to defend her crown. She’ll be supported by a good Mitchelton-Scott team made up entirely of Antipodeans, with the exception of D’Hoore.  Keeping the streak going this year may be more difficult with the addition of the team TT stage but she’s got strong team mates, most of whom finished 2nd in the Ladies Tour of Norway team time trial recently.

Sunweb have brought a very strong team with a few potential contenders. Ellen van Dijk will help drive the team time trial along. She’s won the European and Dutch National TTs this year – in fact her worst position in an individual time trial this season has been 2nd. Her goal will be to help her team get as much of a lead as possible in the TTT and then see how the sprint goes.

Teammate Lucinda Brand will be hoping to not have a repeat of her time trial crash in the recent Boels Ladies Tour, throwing away a certain podium position finish. Brand has been consistent in time trials otherwise this season, finishing 3rd in the Dutch Nationals, the Giro Femminile (more of a hill-climb) and in Thüringen.  She also sprinted well in the Boels Ladies Tour with finishes of 2nd and 3rd to finish 3rd in the points jersey, despite that crash. She’s probably more of a favourite than Ellen Van Dijk because of that reason.

The third option for Sunweb is the American Coryn Rivera. She’ll be relying on her teammates to put her in a good spot with a good team trial but she should be a focus on the sprint finish as the best one-day racer of the team in Madrid. She’s done one individual time trial this season and finished 5th in Thüringen but her strengths have been the other races. Winning her National road race, the Overall in the Women’s Tour of Britain, 3rd Overall in the Tour of Norway, 4th Overall in Thüringen and 6th in the Ride London Classique. She’s a strong favourite.

Youngster Lotte Kopecky is on a run of strong top-10 finishes, including winning a stage of the Lotto Belgium Tour recently. She finished 5th in the Prologue of that race but that was closer to the length she’s used to racing on the track. She finished 9th in the time trial in the BeNE Ladies Tour race though which was somewhat longer. Lotto didn’t have a good team time trial at the Tour of Norway, but they were down a rider – if she can stay close enough after the time trial, she’s got a great chance to finish strongly the next day and do well overall.

Italian Elisa Longo Borghini will be representing Wiggle – Honda in one of their last races before shutting up shop. She finished 6th in the European Champs TT and 15th in the road race – put those results together and it could lead to a top 5 result in the overall in Madrid. She’s had strong results all year – 3rd in Strade Bianche, 5th overall in Emakueen XXXI. Bira, 6th overall in the Women’s Tour of Britain, 9th overall in the Tour de Yorkshire and 10th in the Giro Femminile. We only know 4 of the Wiggle riders so far – if the likes of Emilia Fahlin sign up, it’ll make them a better prospect in the team time trial.

The New Zealander Georgia Williams could end up in a strong position after the team time trial, she’s finished 5th in the time trial at Emakumeen XXXI. Bira, 3rd in the tiny one at the Herald Sun Tour and winning her National championships. She wasn’t part of the Mitchelton-Scott team trials at Norway and Vårgåda recently, so she should help push them on. The strong finish at the Emakumeen XXXI. Bira took her to 4th overall so strong overall results are possible when she’s allowed to race for herself – it all rests on the time trial for her.

Movistar’s Aude Biannic has a chance at doing well in both stages. Winning the prologue at the Belgium Ladies Tour and finishing 2nd on the Muur, took her to a great 2nd overall finish. She’s also finished 6th overall at the Ladies Tour of Norway and is the current French national champion after winning the road race back in June. She also finished 4th in the national time trial which could set up a strong result on Stage 1 of the Madrid Challenge.

There are also riders much more suited to the sprint finish who will have to work hard to split the pack up and separate those who have done well the day before to win overall. These riders may ending up performing well on Stage 2 only and will be hoping the time gaps stay small.

Kirsten Wild has won 3 World Championships on the track this season but she’s also carried this form over onto the road too. She won the Ride London Classique and stages at the Giro Femminile, Tour de Yorkshire, Tour of Chongming Island and the Healthy Ageing Tour. Definitely one to watch for the sprint finish on Sunday. She may also power her team to a strong team trial result, in which case she may find herself sprinting for the overall win.

Australian Chloe Hosking will give Alé – Cipollini their best chance of a good result. She’s had two top-5 results in the recent Tour of Norway and 4th at the Ride London Classique. She was in strong form earlier in the season, winning the Commonwealth Games road race and podium-ing lots of races in Belgium, Holland and at home in Australia. Alé – Cipollini didn’t perform amazingly at the recent team time trials so she may just be looking for a stage win on Sunday.

FDJ’s Roxane Fournier hasn’t won a race in 2018 but has finished in the top-10 on 18 occasions. That sort of level of consistency means she should be able to finish in the top-10 again in Madrid. Like the men’s team, the female FDJ team aren’t great at team time trials finishing 15th and 17th recently – Fournier wasn’t at those races however. FDJ’s not shown anything to suggest they’ll do well on Stage 1 so she’ll be one to look out for near the finish line on Sunday.

Giorgia Bronzini is retiring at the end of the 2018 season but she’s still had strong results spread out over this year. Most recently she finished 2nd, 6th and 8th on stages in the Boels Ladies Tour showing she’ll be in the mix in the sprint finish on Sunday. She got more top-10s at the Ride London Classique, Giro Femminile, national champs, Women’s Tour of Britain and plenty of others. Not a strong time triallist this year and Cylance only finished 16th in the team time trial at the Giro Femminile too, it’ll be a sprint finish to watch Bronzini out for.

Teenager Lorena Wiebes has had a great season for Parkhotel Valkenburg. She had 2 top-3 results at the recent Boels Ladies Tour as she came close to her first win at WWT level. She’s been a very consistent top-10 finisher at 1.1 and 1.2 level with 4 wins thrown in too. She’s not finished highly in any of the time trials she’s raced so her focus will be on sprinting for the finish line on Sunday.

Valcar PBM have their own young sprint talent in Elisa Balsamo who also has a track background – finishing 3rd in the team pursuit in the World Championships this year. Her breakthrough result in 2018 has been 3rd at WWT level in the Ride London Classique, announcing herself at this level. She won the Omloop van Borsele at 1.1 level earlier in the season as well as 9 other top-10 finishes. Another one for the future who could do well on Sunday.