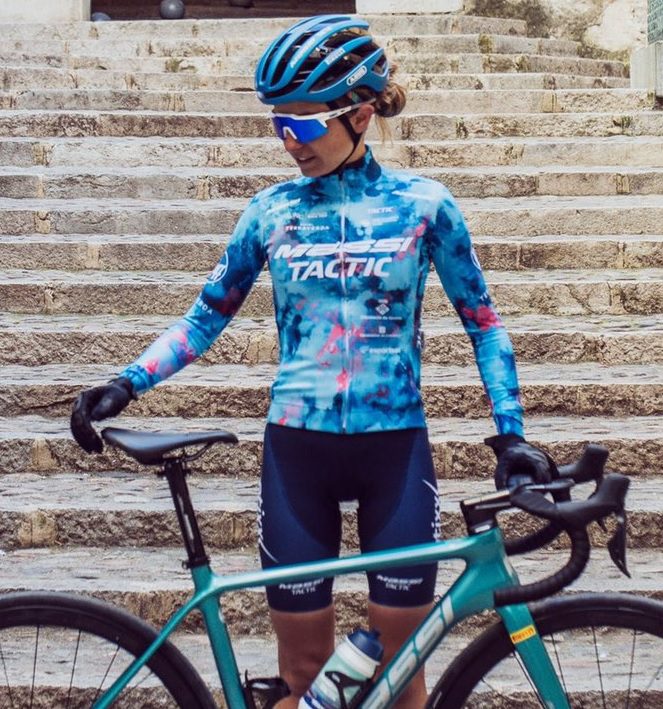 The Spanish Continental team Massi Tactic has completed its transfer business ahead of the 2023 season. A host of necessary changes have been made, with riders leaving the team. Nathalie Eklund is moving up to the WWT Israel-Premier Tech Roland team, Spela Kern will join Cofidis, Maaike Coljé to Arkea and Mireia Benito is going to AG Insurance-NXTG. Belen Lopez is retiring as well, with other riders Sofia Gomes, Andrea Ramirez, Mireia Trias and Martina Moreno all leaving.

The new riders for 2023 are Adèle Normand, Tatiana Ducuara, Cécile Lejeune, Vera Vilaça, Petra Zsankó, Estefanía Jiménez, Iris Gómez, Patry Ortega and Eli Escursell. Also with these 9 signings are 3 renewals from the 2022 team – Aurela Nerlo, Corinna Lechner and Miryam Núñez. The team has an international feel with 4 Catalans and 8 riders from outside of Spain. Canada, Colombia, France, Portugal, Hungary, Ecuador, Germany and Poland are all represented. The team should begin its season in February 2023.

“We have designed a team to match or even improve the results of last season. Most of the new signings are young talents who want to grow with us so that, in the future, they can be promoted to World Tour teams. For us, it is a pride that they can progress. Hopefully, in the future, we will go from being a springboard team to regularly competing against the best in the world. With as many Catalan runners as possible with a UCI level and promises from foreign countries who want to make themselves known”.

Canadian  Adèle Normand (5/1/2002) stands out in the mountains and last year, her first on the professional circuit, she was 4th in the Alpes Grésivaudan Classic. She has been racing since she was six years old and in 2023 she aspires to get her first victory in Europe.

Tatiana Ducuara (31/1/1996) is a complete cyclist as she demonstrated with her leadership in La Vuelta a Burgos and finishing in the top-25 of the Eibar Grand Prix in 2022. Like Normand, she hopes to do well in Europe next season with Massi Tactic.

Cécile Lejeune (2/1/1998) is a rider who stands out in the time trial and in climbing. She was 14th at the French TT national championships and 15th at the Monte Ventoux Dénivelé Challenge. This will be her first full year on a continental team after her summer stay at Team Farto BTC.

The Portuguese rider Vera Vilaça (17/1/1998) comes from triathlon, where she competed for 14 seasons, and this year she has focused solely on cycling. This year she has been 3rd in the Tour of Portugal. Vilaça is a versatile cyclist and she likes mountain races.

The Hungarian Petra Zsankó (18/2/2001) competed in skateboarding and in 2021 she entered competitive cycling. This will be her first year on a continental team.

Stephanie Jimenez (7/11/2004), from Terrassa (Barcelona), is a cyclist who alternates track and road. She finished her junior racing at Caf Turnkey Engineering. With the Catalan team she has participated in international races such as the Tour of Portugal and with the Spanish team in the Nations Cup.

Iris Gomez (21/10/1986), from Lleida, returns to the outfit after passing through the Massi-Tactic subsidiary, Catema, where she was regional road champion. She comes from Bizkaia Durango.

Patry Ortega (15/9/1988) also returns to Massi-Tactic. She is a versatile rider who is comfortable in the middle mountains. During her time at the Costa Brava team, she was 3rd in the last stage of the Czech Women’s Tour, runner-up in the 2021 Spanish Cup and Catalan regional champion.

The rider from Barcelona, ​​Elisabet Escursell (30/10/1996), also begins a second period at Massi-Tactic. She returns from Italian cycling and has competed with the Spanish team at the Youth Olympic Games in China and has been the Spanish Champion in time trial and road in the non-Elites category.

Massi Tactic is the highest-level team of the Baix Ter Cycling Club, led by Manel Gonzalo and Angel Gonzalez. 2023 is the team’s 5th year at the Continental level and is currently the only Catalan team racing at UCI level. The team is expecting to take part in 30 races across the 2023 season. The first women’s team of Baix Ter was created 12 years ago, around 20 years after the men’s set-up was created in 1990. Massi Tactic are supported by the Massi Tactic Academy which will hope to help provide a pathway up to the main team after between 6 and 24 months of riding together.