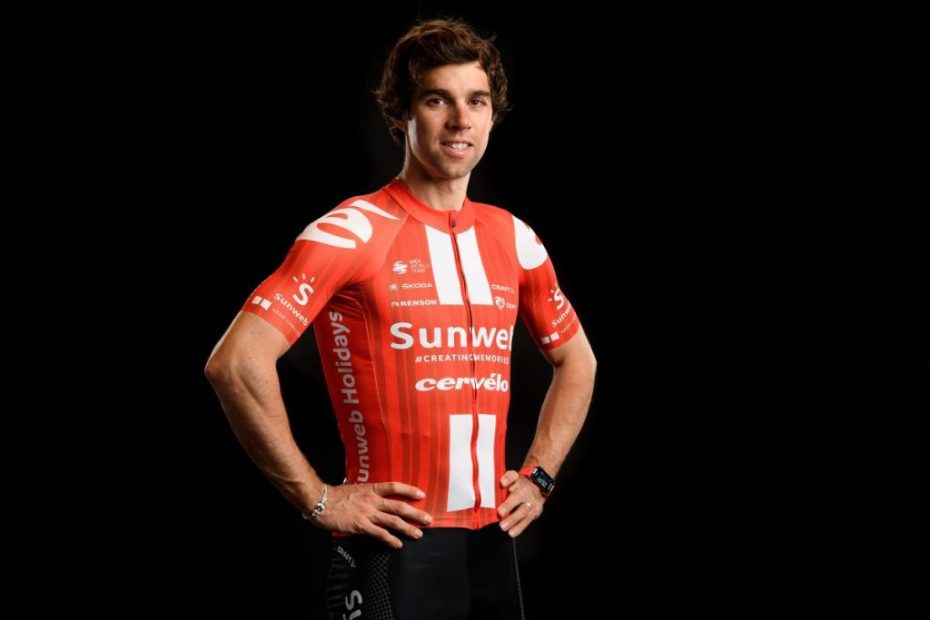 After yesterday’s strong showings from Nicholas Roche and Chris Hamilton who finished second and fourth respectively, today was the turn of Alberto Dainese, Nico Denz and Michael Matthews in Race 2 of the Digital Swiss 5.

A predominantly flat 44 kilometre long parcours lay ahead of the riders and like yesterday’s opening race, today started a frantic pace. Matthews and Denz were alert to the initial accelerations with both placing well inside the top ten in the opening few kilometres.

As the race progressed Matthews found himself in an exhilarating battle with Van Avermaet for third place. The two riders fought hard around the streets of the virtual Frauenfeld and despite their best efforts, neither rider could drop the other. As a result, it came down to a thrilling sprint finale with Matthews putting some big watts through the pedals, powering his way to cross the line in third place; making it two podiums for the team in two days.

Speaking after the race Matthews said: “Wow, that was a hard one. It was a very impressive ride from Küng. I tried my best to stay with him but it wasn’t possible today. I came out with third in the end which I’m happy about; two podiums in two days for the team. It was a great ride from Nicholas yesterday [who came second] and also Chris, coming in fourth. It was good to get another podium for the team today and we’ll see what happens tomorrow for the guys.”