What is a bike tour if not an adventure where the destination is both physical and metaphorical? Do we ride for the end glory, the thrills along the way or for personal development to prove to ourselves who we really are when the going gets tough?

For professionals, the power of the bike may often be forgotten – it is their office after all – but a bike doesn’t need to be used for just racing and training but as a tool for exploring experiences that you wouldn’t get from any other mode of transport.

As if to prove this point, Mieke Kröger has embarked on her own tour of central Europe in the form of an epic training ride that traverses five countries.

Starting out from Cologne, Germany, the Olympic and world champion track pursuit rider will cycle through most of her home country, before touring through Austria, Italy and Slovenia on her way to the final destination in Zagreb, Croatia.

Along the way, Kröger hopes to meet up with friends such as team pursuit teammate, German road champion Lisa Brennauer (Ceratizit-WNT Pro Cycling), which will no doubt help to boost her morale.

“It’s a journey into my inner self,” she says a week before setting off atop her Felt AR packed with luggage, lights, a 24-year old bike bell and – naturally for an Olympic champ – gold handlebar tape. 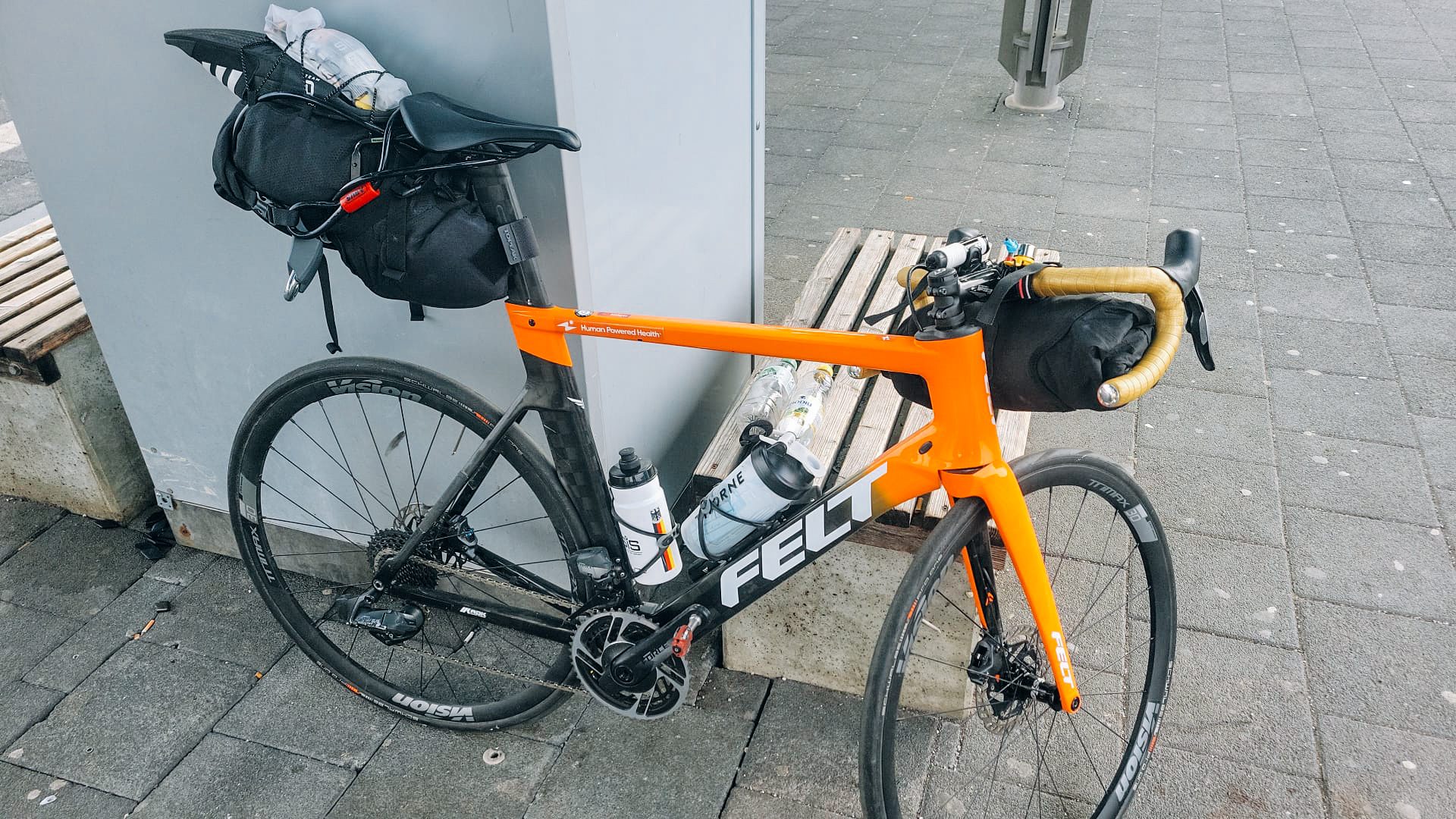 Like so many cyclists, adventures like this take Kröger back to the purity of cycling as a means of getting from A to B and as a crucial tool in someone’s mindset.

“I’ve done this before and it reminds me of how little I actually need,” she explains. “You really have a lot of time to think and you have to overcome hurdles and slow down whilst also doing some great training.” 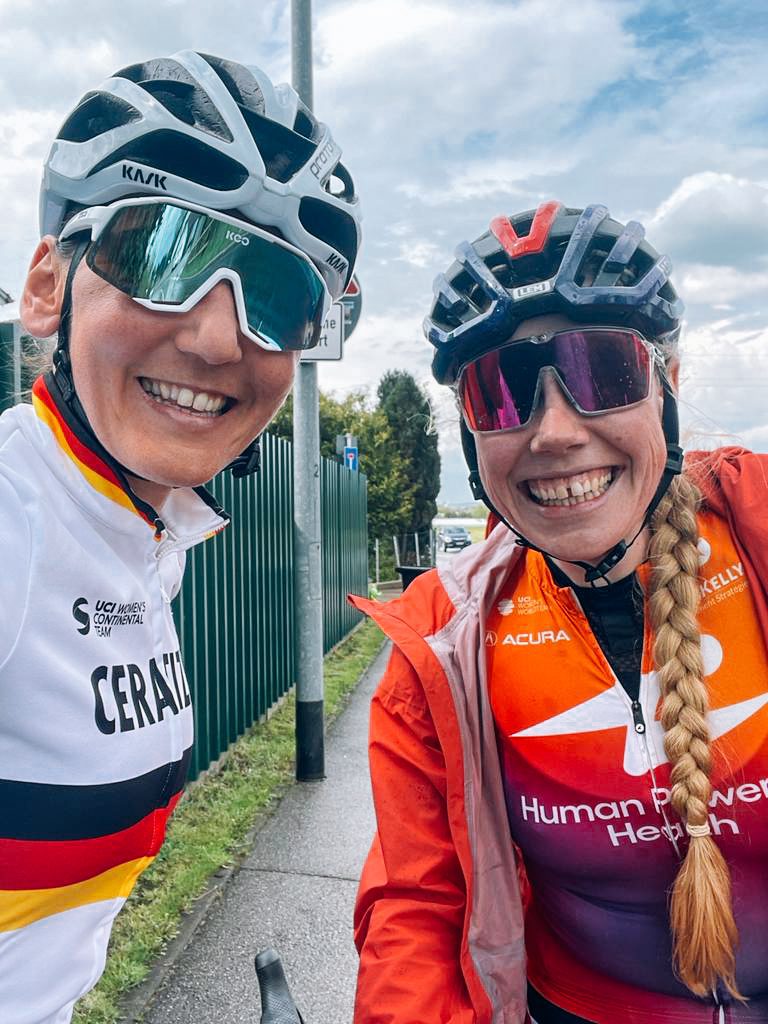 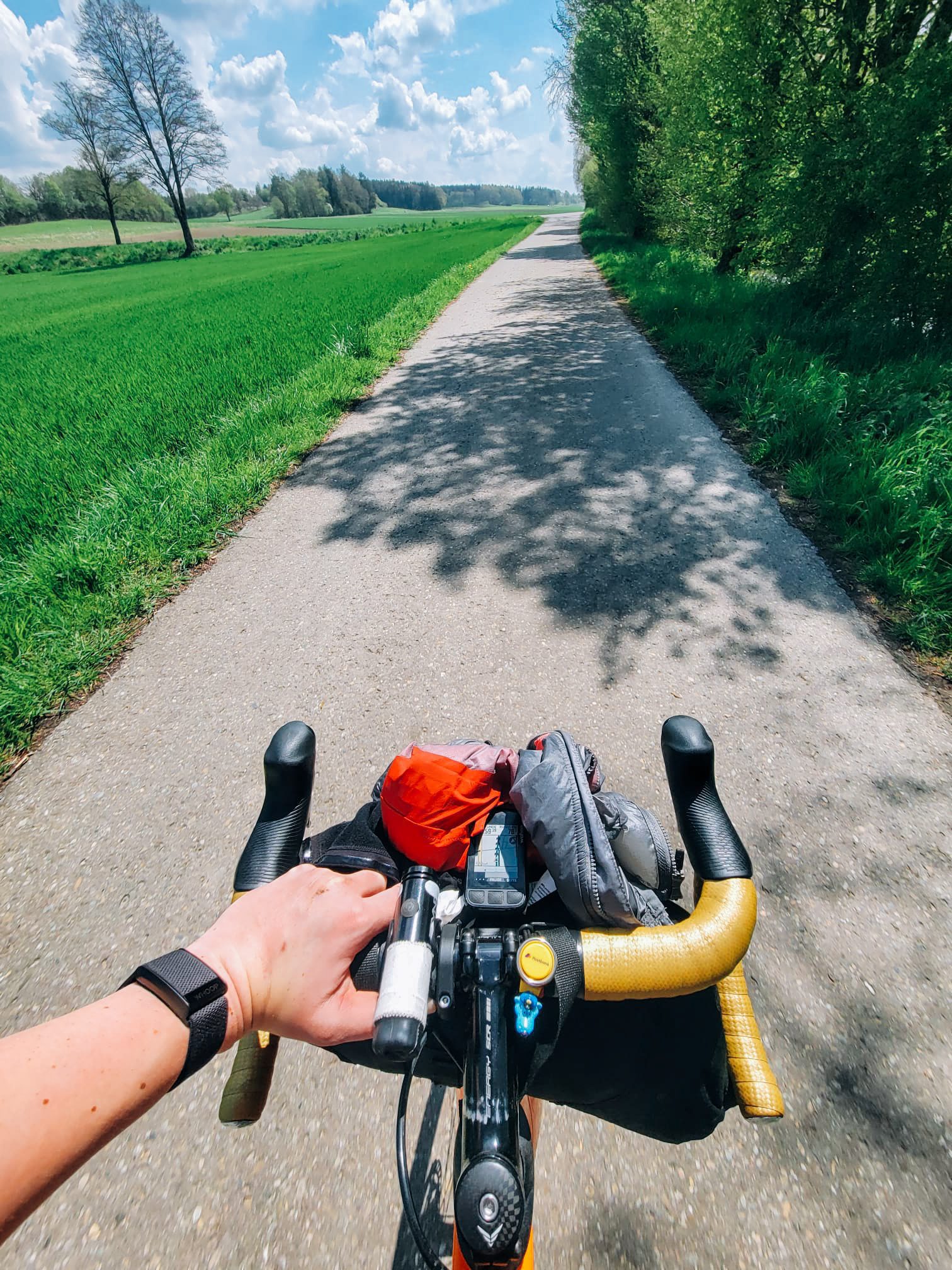 While she sees it as a journey of reflection, it will also have some big benefits for Kröger’s form.

“I was planning on doing a training block anyway but if I have the opportunity and the time and the weather is good, why not challenge yourself and get out of your comfort zone and combine your training with a great experience that will broaden your horizons?”

The 856-mile (1,347-kilometer) route has a vertical gain of 16,040 meters and takes in some of Europe’s most desirable cycling destinations with Kröger wanting to push herself as well as experience some of this beauty.

“I knew that Slovenia was really nice. I was there for the Giro in 2015 and I really liked it and I wanted to have some climbing, so I’m going to climb the Alps,” Kröger says jovially. It’s bound to be quite an adventure.

Make sure to keep an eye on her and the team’s social media feeds for updates on the ride. Kröger will be back in action at the Vuelta a Burgos on May 19.