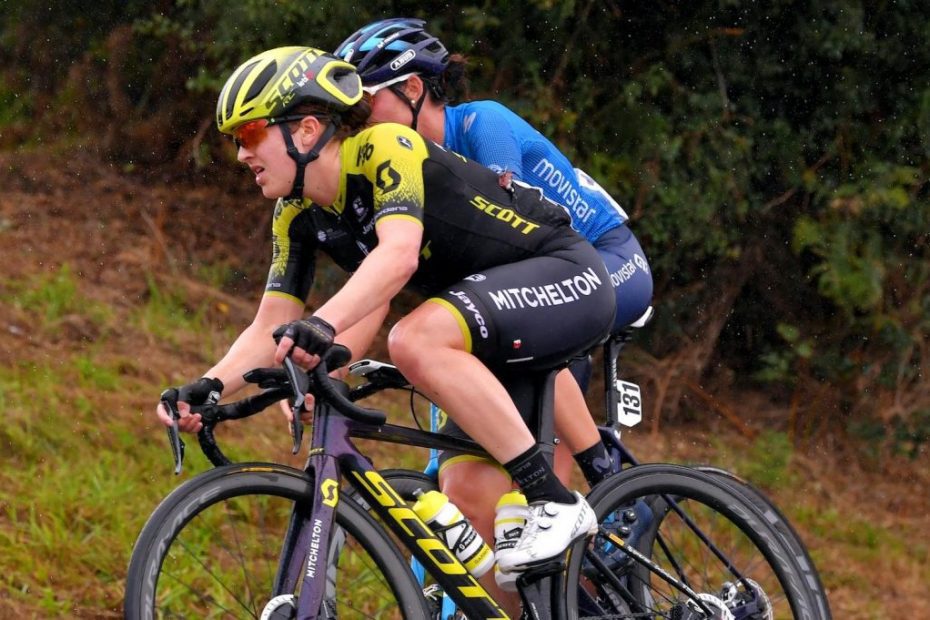 Mitchelton-SCOTT will line-up in Nice armed with attacking options and fast finishers as they take on La Course by Le Tour de France.

Australians Grace Brown, Sarah Roy, Jess Allen and Gracie Elvin all continue their post-lockdown racing comeback after the GP Plouay, with neo-pro Jess Roberts set to race in team colours for the first time since March.

Two-time winner Annemiek van Vleuten will also be back in action after racing the European championships on Thursday.

The Course
The 96km race will take place over two laps around Nice, with each loop featuring the Cote de Rimiez. The climb isn’t particularly punishing at 5.8km in length and an average gradient of 5.1%, with the sprinters tipped to get over the ascent for an expected bunch sprint.

History
The team have twice won the race with Van Vleuten, firstly as a two-day stage race in 2017 and then in a one-day format in 2018. The world champion took both stages in 2017, before racing to a famous victory one year later when she overhauled rival Anna van der Breggen in sight of the finish line.

Grace Brown:
“Plouay was a positive first race back for me. It’s always a shock to the senses coming back to racing after such a long period away, but I felt in good form for the intensity. This gives me confidence ahead of La Course.

“The circuit for La Course has been talked up as a sprinters race, but it’s dynamic enough to play out differently. I expect there will be a few teams that want to make it aggressive on the climb.

“I think the race has the potential to go either way and we will be lining up with a strong team that will be competitive in either scenario.”

Sarah Roy:
“It felt good to be back in the peloton at Plouay, we had pretty grim weather conditions, but it wasn’t an issue and we felt pretty comfortable in the bunch. I would have liked for my legs to feel a bit better but that’s the way it goes sometimes.

“I think I will be good for La Course with some extra recovery. The course is two laps with one long climb per lap but only about 4% or 5% and it’s about 30km from the last top to the finish so I think there’s a very big chance of a bunch sprint.

“It’s possible for it to be raced very hard, which might see a few pure sprinters struggle to stay in the race, but honestly, I think just about everyone is in great form and very hungry so it’s hard to predict. No matter what it will be exciting to watch!”

“So, I think we are ready for it, we expect a more aggressive race and a bit of a harder course. But it’s also kind of an open course in other ways, so we will go there with several options, not just one option.

“It’s likely to be a sprint, but it all depends on how the race is raced. I think we will try with some riders to avoid a sprint finish, but we have options for both.”