Home » Novolodskaya close to victory in the Giro Rosa 2020

Novolodskaya close to victory in the Giro Rosa 2020 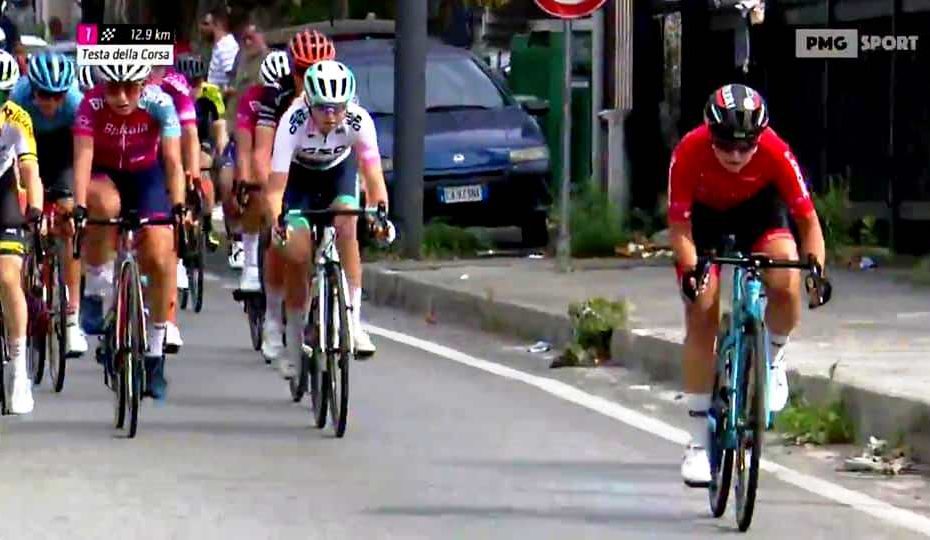 The Russian Cogeas Mettler Look cyclist Mari­a Novolodskaya was less than five kilometres from winning the sixth stage of the Giro Rosa held this Wednesday, September 16, between the towns of Torre del Greco and Nola with a total distance of 96.5 kilometres.

Maria Novolodskaya launched an attack just over 13 kilometres before the finish line, kept the group under control for a good portion of the race, unfortunately less than five kilometres to the finish, the Russian from Cogeas Mettler Look suffered a spectacular fall on a curve which kept her from any possibility of victory. Maria was assisted by neutral teams and quickly joined the race.

The sixth stage of the Giro Rosa 2020 was seasoned with multiple escape attempts, which were controlled by the peloton, and it was with 13 kilometres before the finish line that María Novolodskaya bravely attempted the escape, practically giving the deadly thrust to the group that could not reach the Russian. Unfortunately for Maria the bad state of the road played a trick on her, the Russian from Cogeas Mettler Look fell losing the important 30 seconds that could turn into victory.

Congratulations Maria Novolodskaya for your effort and sacrifice !!!