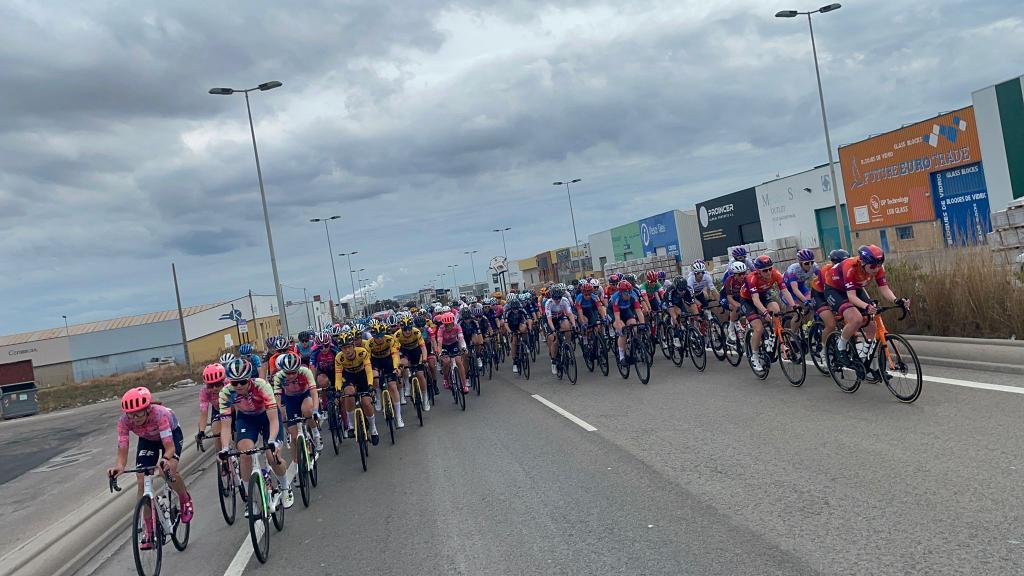 The queen stage of the 2022 Setmana Ciclista Valenciana promised to be tough. With 3 1st Category climbs, it was the hardest stage in the race’s entire history. Going into the race, it looked on paper like the stage that was absolutely going to decide the GC. For riders who have lost time on previous days, there would be ample opportunity to claim some time back. The sheer amount of climbing was going to separate out the strongest riders from those just about hanging onto the bunch.

The peloton rolled out of Vila-Real and kept together despite a number of crashes in Onda after around 10km. Valcar’s Elena Pirrone left the race as a result of the coming together, with another crash involving CAMS-Basso rider Danni Shrosbree. On the early slopes of the Alto Remolcador, a big group of 20 riders briefly had a gap of 20 seconds. The majority of the riders involved were sprinters but a couple of strong climbers like Clara Koppenburg, Maria Novolodskaya and Katia Ragusa had also snuck away. The peloton recognised the danger and neutralised it.

The peloton was happy to keep things sensible on the climb and whilst some riders fell out of the back of the group, no-one went off the front. At the summit, Erica Magnaldi shored up her lead in the Queen of the Mountains competition with the max 8 points. Kasia Niewiadoma and Elise Chabbey were just behind her. On the descent the peloton split up and Longo Borghini briefly had a gap at the front but then it began to all come back together.

As the race hit the flatter section between the big climbs, Anoushka Koster attacked for Jumbo Visma and got herself a buffer of 22 seconds before that too was closed down. The live coverage kicked in with the peloton negotiating the rollers and splitting up slightly. After the intermediate sprint, Silke Smulders, Alex Manly, Marie Le Net and Matilde Vitillo attacked and were allowed some leeway. They were the first group of the day to get a minute’s advantage in fact.

On the early slopes of the Alto Collao, the peloton began to slowly reel it back in. Despite a crash in the bunch that took down race leader Soraya Paladin. Once recovered, the Canyon SRAM team put themselves on the front, leading the chase. With the break caught, Annemiek van Vleuten attacked with Marta Cavalli, Cecilie Uttrup Ludwig, Mavi Garcia and Ane Santesteban. The BikeExchange-Jayco rider was soon distanced and just before the summit, Van Vleuten managed to break solo.

Despite the efforts of the FDJ pair and Garcia, Van Vleuten couldn’t be caught again. The gap increased more and more until it was up near 1 minute. Uttrup Ludwig was the strongest of the trio and she forged her own path in 2nd. Marta Cavalli finished almost 2 minutes behind Van Vleuten, the gap being 1’51”.

Naturally, after that result, Van Vleuten takes over the leader’s jersey heading into tomorrow’s final stage.