One two of Valcar – Travel & Service on Viale delle Terme di Caracalla in Rome. Silvia Persico and Chiara Consonni in fact dominated the restricted sprint that decided the 75th Liberation Grand Prix of Rome, crowning the splendid work of the entire team, capable of commanding the racing operations for all 90km.

It was precisely the formation directed by Davide Arzeni that decided the script of the race, promoting the decisive escape, made up of nine athletes, in which Silvia Persico, Eleonora Gasparrini and Chiara Consonni were able to fit.

Three of the fittest girls on the team and, above all, three athletes with excellent quick start and tactical intelligence. Eleonora Gasparrini in fact sacrificed herself, fueling the escape and allowing the two teammates to manage the last kilometres.

And in the final straight Silvia Persico and Chiara Consonni finalized the work, with Persico anticipating the sprint ahead of her teammate by half a bicycle and Maria Giulia Confalonieri by a couple of metres. Ilaria Sanguineti was also placed, ninth.

For Silvia Persico, this is the first victory of the season, a sort of icing on a cake that has already seen her among the best in the world in prestigious races such as Gent – Wevelgem, Strade Bianche, Flanders and the Freccia del Brabant.

“I knew I couldn’t fight for it in the sprint, so I stretched to 500 metres from the finish,” explained Silvia after the finish. “Winning like this, in Italy, in front of my family and with a teammate at your side on the podium is priceless”.

Also because the conduct of the race was almost perfect.

«Keeping the race under control in the first part and then feeding every escape attempt in the final: being able to insert me, Chiara and Eleonora in the good attempt was the testimony of a perfect team game. Also for this reason, the dedication goes to the team, to the family and also to me, as a reward for a very comforting start to the season ».

“As much as we could play the sprint race with Chiara Consonni, I didn’t want to get to a group sprint,” confirmed Arzeni. “The girls were perfect at interpreting the test and sacrificing it for each other. These kinds of tests feed not only morale but also the awareness of a group that week by week is realising that they can always run as protagonists. Which we will try to do again next week in Luxembourg and at the Ceratizit Festival Elsy Jacobs. 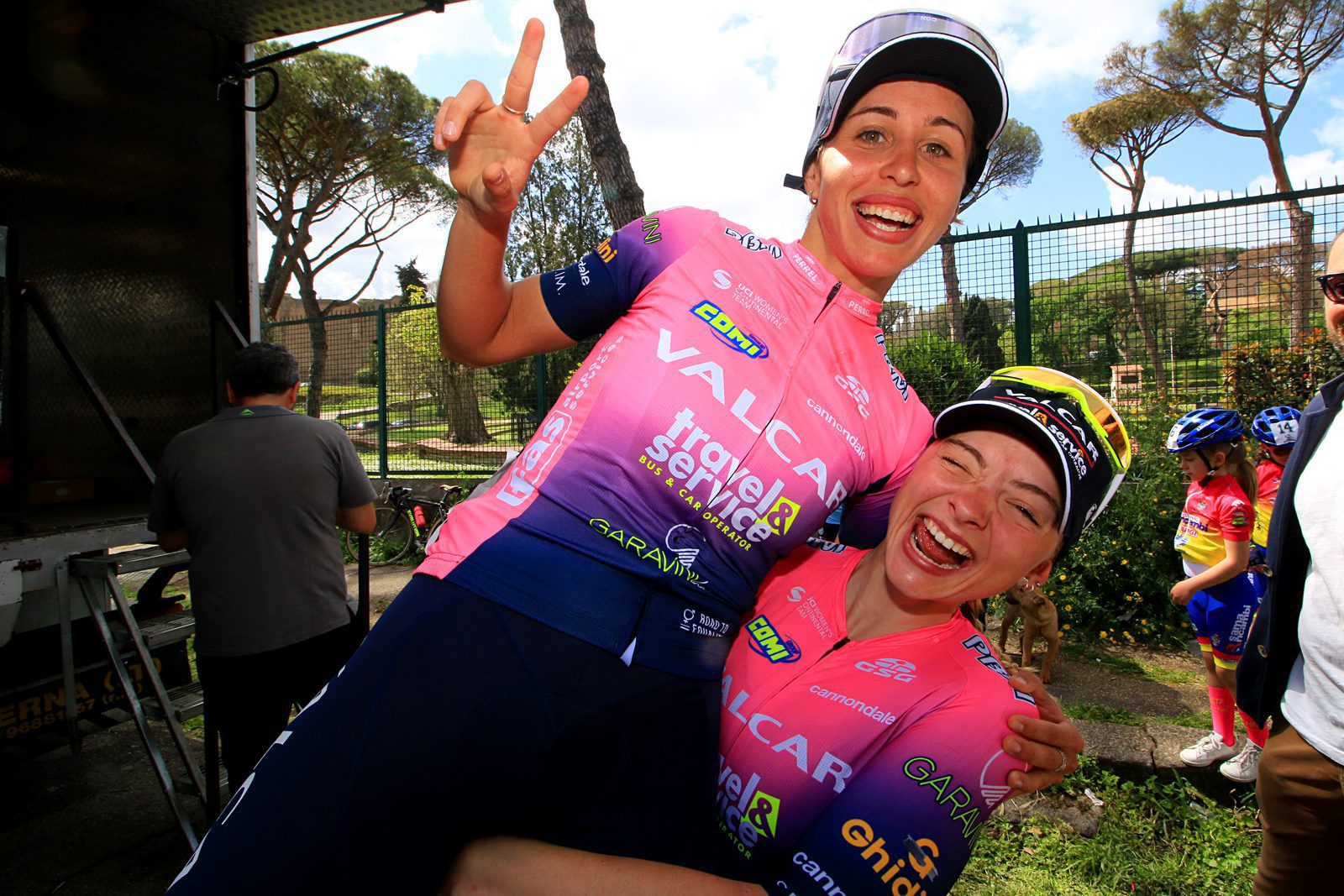 The double from Rome, however, is only one of the striking results of Valcar – Travel & Service. Only last Friday Consonni herself was the protagonist on the Glasgow Velodrome, home of the first round of the Nations Cup. With her national teammates, the 22-year-old from Valcar – Travel & Service contributed to winning the bronze medal in the team pursuit.

Miriam Vece did even better, second on 500 metres, preceded by a whisker only by the Colombian Martha Bayona Pineda. Yet another confirmation for the Cremasca, who since 2019, the year in which she won two continental medals among the Under 23s, is among the best interpreters of speed on the track.