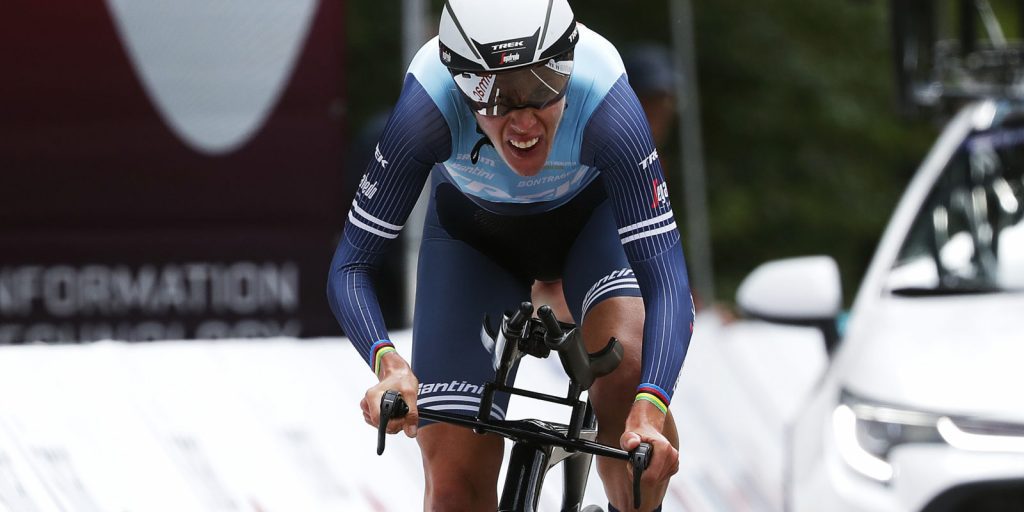 The race’s origins go back to 1998 when it was simply called the Holland Ladies Tour. The list of winners since is like reeling off a list of the best classics riders in women’s cycling. Leontien van Moorsel won the second edition in 1999. Then Mirjam Melcher won the following season before winning again in 2004. Susanne Ljungskog is another double-winner of the race before Marianne Vos won 4 years in a row. Since then, only Annemiek van Vleuten has won more than one edition. Great names like Chantal van den Broek-Blaak, Lisa Brennauer and Ellen van Dijk have all won here.

Time trialling has usually been the route to victory here and 2021 is no different. A short prologue stage of 2.4km will create the odd GC gap. But it’s the 17km time trial that will really increase the differences in GC. With two stages against the clock, it’s a good test for those looking to do well at the upcoming World Championships in Flanders. Sprinters will get plenty of opportunities, as you’d expect, from the pretty flat parcours.

Lorena Wiebes should get some sprint wins here. She’s taken 10 victories in 2021 so far, including a prologue at Festival Elsy Jacobs. With that in mind, she could be an early GC leader but the longer TT should see her fall out of contention unless she really picks up the bonus seconds. She wasn’t far off in 2019, with only a cheeky break by Majerus deciding the GC race. This will be her first racing in a month, but she’ll be fine. Her teammate Leah Kirchmann could do well here in GC. She was 2nd, behind Wiebes, in the Festival Elsy Jacobs prologue and went on to finish 2nd Overall. She’s got a decent time trial and sprint, so should be in the best position for Team DSM’s GC hopes.

Marianne Vos is back for Jumbo Visma after finishing 5th at Tokyo. She’s been in great form in 2021 though with 2 wins at the Giro Donne as well as 2 more back during the Classics season. She’s not done tonnes of race days so should be fresh too. Expect her to be in the hunt for stages but others will do better in the TT in the GC battle. Anna Henderson came into the Ladies Tour of Norway in great form and with a leadership role. An unfortunate crash on the first stage saw her not stage the next day and Henderson missed out on a great opportunity. She’s had a breakout season and has stepped up when Vos has been absent. She should be working for her leader here.

2015 Simac Ladies Tour winner Lisa Brennauer is here this year. She’s got the perfect skillset for this race. She’ll do well in the time trials before also getting involved in the sprints as well. Brennauer was 6th in both of the races at the Olympics in Japan. Although she won both of the German national champs, they’re her only wins of the 2021 season, however. Lisa Brennauer is a late scratch from the start list

She’s supported by Kirsten Wild who may get the nod for a sprint after a bronze medal on the track in Tokyo. This could be her farewell home tour with retirement mooted. Also of note is the return of Lizzy Banks from a tough concussion. She hasn’t raced since Strade Bianche in March. So whilst this is a welcome return to the peloton, it’d be wise to temper expectations. Her being able to race is impressive enough.

Trek Segafredo look absolutely stacked here. Ellen van Dijk loves this race and should get the GC nod. 2019 was the first time Van Dijk hadn’t finished on the podium here since the 2012 season. That was down to the small matter of a broken arm and pelvis near the end of the race. She won the Healthy Ageing Tour back in March. Afterwards, she finished just 20 seconds behind Lotte Kopecky in the Lotto Belgium Tour in 2nd place. It’ll be interesting to see how Letizia Paternoster gets on. After a great 2018 and 2019, she devoted 2020 to the Olympics and had to defer that into 2021. As such, she’s not got many major results since finishing 2nd in Madrid at the end of 2019. She has a chance here to get some results in the sprints. There’s also Chloe Hosking who had a great return to racing with a win at the Ladies Tour of Norway. It was an emotional win as she said that COVID hadn’t affected her as much as the isolation that it’s brought. Hosking vs Wiebes will be a great battle!

After taking a less powerful line-up to Norway recently, SD Worx is back to full strength at the Simac Ladies Tour. 2019’s winner Christine Majerus will probably have to rely on another break to take another popular GC win and it feels a similar story for Chantal van den Broek-Blaak. The 2016 winner peaked early on this season with the win at Strade Bianche, before taking a win in June at Dwars door het Hageland. I think she’ll be helping out her teammates here. Demi Vollering is also there as she gets a rare shot at a non-Van der Breggen backed GC attempt. Lonneke Uneken will fancy her chances in the sprints as well. She should find herself behind the pure sprinters like Wiebes on the flatter stages but stands a better chance in the last two stages with the hillier parcours.

Emma Norsgaard has a great chance to get more wins for Movistar. She’s the team’s clear leader and has 6 victories this season already. Norsgaard’s generally come off second best to Wiebes when they’ve gone head to head but her consistency and time trial ability gives her a shot at the overall GC here. She’s the reigning Danish TT champion and that will come in handy with a pair of time trials in this year’s Simac Ladies Tour.

BikeExchange’s Sarah Roy looked like she was back in form with a 5th and 7th at the Tour of Norway last week. They’re her best results since finishing in the top-10 at Scheldeprijs and Gent Wevelgem much earlier in the season. Against the pure sprinters like Wiebes, Roy might be lacking a little bit but if she has a good week could find herself in the top-10 in GC.

Canyon have a team that could do really well. Lisa Klein should be able to pick up time on the prologue and time trial. She’s more than capable of keeping herself out of trouble on the other stages too for a GC hunt. Klein won the Baloise Ladies Tour before heading to Tokyo, where she won gold in the team pursuit on the track. The team will pivot towards Alice Barnes on the flatter stages. She had a bit of illness at the Ladies Tour of Norway but says she’s recovered. She was 3rd on the first stage there before the illness so has the form if 100%. She’s another rider on the team who can TT too, so may find herself high up in GC as well. Kasia Niewiadoma is also racing but it feels like others have stronger chances on such flat parcours.

Elisa Balsamo is here for Valcar and she’ll take the lead sprint duties for that team. She’s generally come up short against Wiebes in most of the head to heads between the two. With the Ceratizit Challenge last season a rare victory for Balsamo over Wiebes. She’s supported by an amazing lead-out containing Consonni, Gasparrini, Persico and Guazzini. Many of whom also love a sprint. The team dynamic there to work for the leader is incredible.

Marlen Reusser might be a decent shot for the GC with her time trialling. The prologue is so short that she might only be able to pick up a couple of seconds but the main time trial should see her up near the top. It will be interesting to see if the team then decide to race for the future SD Worx rider’s GC ambitions or focus on stage wins with Marta Bastianelli. Bastianelli had a great weekend last week, winning La Perigord and finishing 2nd the next day at La Picto-Charentaise. She wasn’t able to out-power the pure sprinters at the Giro Donne but was encouraging back near the front of the race again. The last two stages might be where she gets her best chance.

This is the first time we’ll get to see Megan Jastrab race on European roads since the 2019 World Champs in Harrogate. She’s largely focused on track ever since, particularly with the COVID lockdowns. She took a bronze medal home from Tokyo, finishing 3rd in the team pursuit for USA. She’s a big unknown as to how she’ll race but we know there is a huge amount of talent there.

Daniek Hengeveld caught the eye back in March during the Healthy Ageing Tour. She went on a solo break on the Assen circuit that felt would be quickly doomed. Only for the 18-year-old Hengeveld to defy expectations and only get swallowed up by the sprinters very late on. She followed it up with 10th on the road bike time trial stage the next day before a crash on the final stage took her out of the race. She’s subsequently won a short prologue time trial at the Belgrade GP Woman Tour in June. We might see her do well in the TTs here as well.

The youthful sprinting pair of Amber van der Hulst and Charlotte Kool will be hoping to seeing how they fare against a major depth of sprinting talent here. Van der Hulst has been a little bit quiet since netting 4 top-10 results at the Baloise Ladies Tour at the start of July. Her best result in a WWT race in 2021 is 32nd at De Panne. She’ll be wanting to improve on that. Charlotte Kool took her first pro win at the Baloise Ladies Tour, where she beat Elisa Balsamo to the line. She needs the parcours to be as flat as possible for her best results so Stages 1 & 3 look perfect.