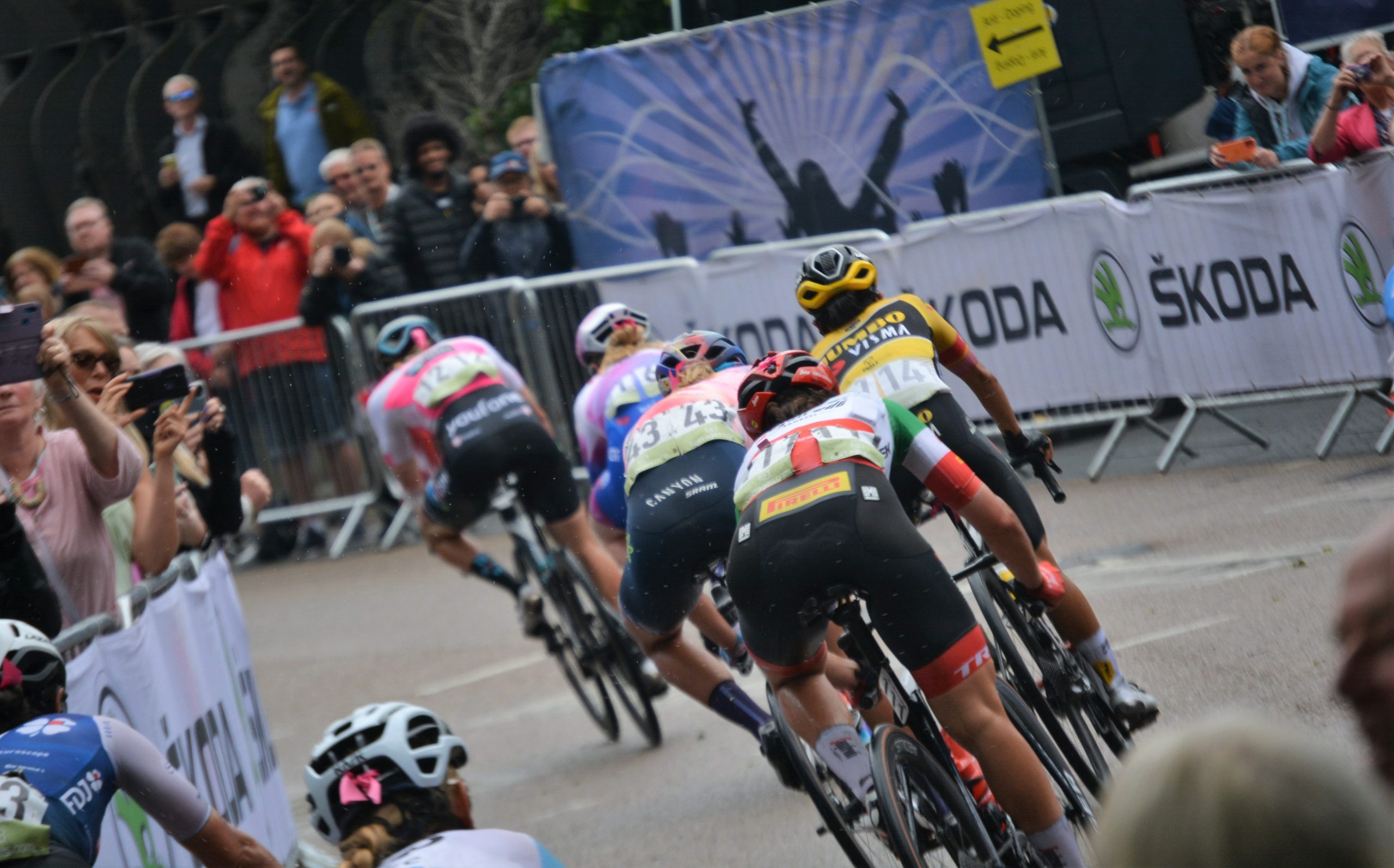 Chantal Blaak turned pro in 2008 for the AA-Drink Cycling Team. She was already a 2-time winner of the Dutch Junior National TT Championships by that time. Her first season was a quiet one as she did domestique duties for team leaders. Her best result of the year was 6th in Ronde van Gelderland.

The following year, Blaak had her break-out results with 4th in Omloop het Nieuwsblad, 3rd in Ronde van Drenthe, 7th in Omloop van Borsele and 8th in the Trofeo Alfredo Binda. She went on to win the European U-23 Road Race and finished a distant 2nd in the National Championships to Marianne Vos. Her 4th place on the Cauberg stage of the Holland Ladies Tour propelled her into 8th Overall to highlight some stage racing ability.

2010 saw Blaak finish 5th in Ronde van Drenthe, 6th in the Tour of Flanders, 7th in Vårgårda in major races. She also took 2nd in a stage of the Tour de l’Aude and the Valkenburg Hills Classic. Blaak was beginning to position herself as a contender on the cusp of her first big win. Another strong start to 2011 saw Blaak take 3rd in Omloop het Nieuwsblad and 6th in Trofeo Alfredo Binda. She also got her to-date career-best result in the GP de Plouay too, with 4th place. 3rd in the National Championships and a pair of 2nds in the Trophée d’Or were also highlights.

2012 was a relatively poor year with some decent results in smaller results but none of note in the biggest races. She took top-5s in all of the Ronde van Gelderland, Omloop van Borsele, Valkenburg Hills Classic and the 7-Dorpenomloop Aalburg. Her (by then slightly renamed) AA Drink – Leontien.nl team folded at the end of 2012 and so Blaak moved to Team TIBCO for 2013.

She regained some of her old form with 7th in Omloop het Nieuwsblad and 5th in Trofeo Alfredo Binda. She also finished 8th Overall in the Boels Ladies Tour and 9th in the Belgium Tour. The rest of the calendar though was spent supporting others and racing for an American team meant she couldn’t do some of those smaller races she’d done well in before.

She moved on to Specialized-Lululemon, who had previously been HTC and T-Mobile. She finally took her first big win, winning Vårgårda from Amy Pieters and Roxanne Knetemann with a small break. She’d also won Drentse 8 earlier in the season and finished 4th in Ronde van Drenthe. The team’s sponsors left at the end of the season and whilst the team managed to carry on, Blaak moved to Boels-Dolmans.

Blaak found herself with more opportunities to race for herself in the Classics and finished 4th in Omloop het Nieuwsblad and 9th in the Tour of Flanders. She took victory in Le Samyn for the first time, as well as a stage of the Emakumeen Bira. She was 2nd in Omloop van het Hageland and 5th in Gooik-Geraardsbergen-Gooik to cap a great Classics season.

Chantal Blaak had a career year in 2016 winning Le Samyn, Gent Wevelgem and Ronde van Drenthe during the Classics. She also finished 2nd in Omloop het Nieuwsblad and 3rd in the Tour of Flanders. Later on in the year she also won the Holland Ladies Tour too. The procession of great results saw Blaak in 4th place at Vårgårda and the Madrid Challenge, 5th in Gooik-Geraardsbergen-Gooik and 6th in Omloop van Borsele. Blaak finally made good on that early Classics promise.

She was again consistent in 2017 but missed out on wins in the Classics. Chantal Blaak settled for top-10s in Omloop Nieuwsblad, Ronde van Drenthe, Alfredo Binda, Gent Wevelgem and the Tour of Flanders. The season turned into a great one though as she won the National Championships for the first time. Blaak then the Worlds in Bergen after attacking and gaining half a minute on the peloton, to win the rainbow bands.

The curse of the rainbow jersey struck a little bit the following year as she recorded some of her worst results in her favourite races of Ronde van Drenthe and Omloop het Nieuwsblad. These results were offset though by winning Amstel Gold, finishing 2nd in Trofeo Alfredo Binda, 4th in Strade Bianche and 5th in the Tour of Flanders. She also achieved her best result of 2nd Overall in the Healthy Ageing Tour.

2019 was devoted to the classics with her first Omloop Nieuwsblad victory coming in the first race of the season. Top-10s in the Tour of Flanders, Ronde van Drenthe and Strade Bianche capped off a successful set of Classics results. Other than the European Games TT, where she finished 2nd, the rest of the year was quiet, however.

Married in the off-season, Chantal Blaak became Chantal Van Den Broek-Blaak for 2020. Once again she started the season off well with 4th place in Omloop het Nieuwsblad and then winning in Le Samyn.

The infamous start to the 2019 Omloop Nieuwsblad saw Bigla’s Nicole Hanselmann break away from the peloton. She then started catching the back of the men’s peloton and had her lead neutralised with the race stopped. Once going again, she was reeled in quickly.

After attacks on the Molenberg, the peloton was much reduced. Blaak then attacked with Niewiadoma but were brought back. With the Muur van Geraardsbergen up next, Blaak attacked over the summit and no-one else was able to join her. By the next climb of the Bosberg, Blaak had 28 seconds and was away.

The flat run into Ninove didn’t hold her back as the chase behind was disorganised. Blaak rolled over the line alone with 1 minute and 9 seconds of advantage. Marta Bastianelli won the bunch sprint for 2nd place and Blaak’s teammate Jip van den Bos was 3rd ahead of Annemiek van Vleuten.