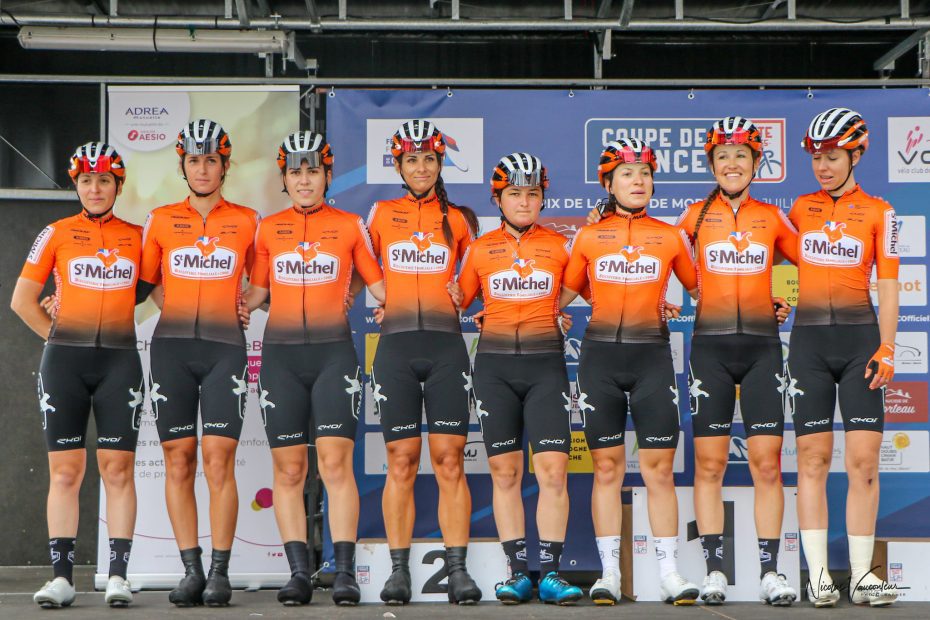 The St Michel – Auber 93 team has been successful at the highest domestic levels, winning the N1 French Cup in the 2021 season. The team has been running since 2012 and will join the UCI Continental level in 2022. Valentine Fortin was their star of the 2021 season. She won at Sud Yvelines and finished an impressive 2nd at La Classique Morbihan at 1.1 UCI level. She’s signed for the brand new Cofidis team for the 2022 season.

Barbara Fonseca has also been a good option for the team for a few years, finishing 12th in this year’s GC at Kreiz Breizh Elites against some WWT opposition. Sandrine Bideau also performed well against higher levels of competition. She finished in the top-20 at the National Road Race, GP Fourmies and GP de Plumelec-Morbihan. The latter pair of riders will remain on the team in 2022.

St Michel, famous for making biscuits, are on board with the team for 3 years. This gives the team security and they’ve been able to sign some strong French talent. Coralie Demay was racing for FDJ Women until 2019, after 2 years at Stade Rochelais, she will join St Michel – Auber 93. Elodie Le Bail also joins from Stade Rochelais. She took a very impressive 3rd place at Vuelta CV Feminas and will hopefully get more results in sprints in 2022. Le Bail stopped riding for 10 years and 2021 was her return to top-level racing.