8 things we learnt from the Track World Cup in Manchester 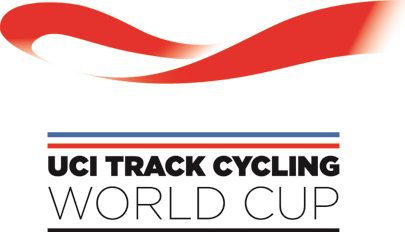 Kristina Vogel managed to win all three of the events that she entered, confirming her status as the world’s best track sprinter at the moment. She took gold in the Sprint, the Keirin and the Team Sprint (with Miriam Welte) events in Manchester.

Seemingly always smiling, probably due to always winning, Vogel convincingly won each of the finals. In the sprint event she was able to just ride away during each round with only the one round against Van Riessen being close. I fully expect her to retain the world champion rainbow bands at the next World Championships.

Similar to Kristina Vogel, Katie Archibald was very visible throughout the three days. She came a close second in the Omnium, an event she won recently at the 6 Days of London. She teamed up with Elinor Barker to win the Madison event and those two were part of the successful Team Pursuit team as well. 2 Golds and 1 Silver are good return for a rider clearly in a lot of form.

She should come out of the World Championships with some more rainbow bands too.

The amateur trade team Team KGF represented themselves well in front of a home crowd. A team containing Dan Bigham (more about him later), Jacob Tipper, Charlie Tanfield and Jonathan Wale. managed to finish a creditable 4th place in the team pursuit. They were up against the European champions France until the last 500 metres where they began to fade and were just beaten.

For a group of amateurs riding for a trade team (think of an unofficial Great Britain ‘B’ team) to push established winners that close is a fantastic achievement. The home crowd cheering their support will definitely have helped but it’ll be interesting to see if any of the four riders are asked to represent Great Britain during big events in the team pursuit in the future.

The Russian team pursuiters on the bend

The next generation of track cyclists is showing itself

There were plenty of young winners of events in the Manchester Track World Cup. The winners of the Men’s Sprint, Omnium, Madison and the Women’s Time Trial, Omnium, Scratch, Madison (and most of the Team Pursuit team) were all under 24 years old.

Some of these riders are already World Champions like Benjamin Thomas, Katie Archibald and Elinor Barker, so are set for a continued period of domination. It’s likely we’ll see these riders riding for medals for the best part of the next 10 years, so two Olympic cycles. Certainly by the time of the next Olympics in 2020 the youngest riders like Denmark’s Niklas Larsen should have won some rainbow bands of his own to go with the Olympic bronze he has already won aged 19 in 2016.

Chris Hoy was around in the velodrome at the weekend with prime seats for the BBC, back in his day the keirin was a different event. It’s been toyed with and made slower to avoid some of the worst crashes that used to happen. The derny doesn’t go as fast as it used to and it peels off a lap earlier too. The effect is that the race speed doesn’t gradually reach the same rapid peak that it used to so the effect of the derny itself is pretty much minimal.

As it happens we still get crashes like the one in the women’s final, where Malaysian Fatehah Mustapa got herself disqualified for nudging Stephanie Morton who then went down and took out legend Simona Krupeckaite too.

The chaos of the madison final

Everyone at the cycling watches the track, cheers on their favourites and claps when they win. Later on when those riders happen to be walking round the velodrome, no-one seems to recognise them without an aero helmet on! Plenty of times I was walking around and saw people that were obviously riders. Italians, Americans, Argentines and more were walking round but no-one stopped to talk with them. Everyone seemed much more interested in Chris Hoy doing some work for the BBC.

I managed to spot 8 time national champion Dan Bigham as he walked past, then hung around to get a photo. As it turned out, he recognised me as well from my going on stage at Ned Boulting’s show recently – a good way to break the ice!

I’ve written about Zwift already here, but they were at the Track World Cup with a stand. Two bikes side by side with a TV screen each to look at gave people a chance to have a go in the virtual world and see what their power was like. Kids seemed to love the chance to play, drawn particularly by the video game aesthetics. It was reassuring to note as well that I have more power than a 10 year old, go me!

The Zwift team were giving out some bottles on the stand too, you can try and win one from our giveaway here.

I’d noticed on TV before that some of the track cycling coverage makes it look like they haven’t sold many seats. However what seems to actually happen is everyone who has a ticket way up top somewhere, just comes down and stands on the bends instead. It’s understandable, you get a much better view and in events like the Madison where riders are often high up the track you get a great close-up.

Just don’t get too close to the edge or a steward will tap you on the shoulder and tell you off!