The team’s jersey will display the Japanese automotive manufacturer’s logo for the 2020 Italian races of RCS.

The bond between Trek-Segafredo and Toyota continues to grow. The sponsorship agreement, signed in 2019 with Toyota Europe, saw the team’s fleet replaced with 16 Toyota Corolla Trek hybrid cars, driven during races and transfers. Now, thanks to the impulse of Toyota Italy, the Japanese automotive manufacturer’s logo will be present on the Trek-Segafredo jerseys for the Italian competitions organized by RCS Sport in 2020, both for the men’s and women’s teams. The debut is set for Strade Bianche on Saturday, August 1.

“We are happy that Toyota has chosen to give a further boost to our partnership,” explained Luca Guercilena, General Manager of Trek-Segafredo. “The decision to implement the sponsorship, to convey its image in Italy with the logo on our jersey, gives us great satisfaction. It means that the team and the sports project we are carrying have significant value in our partners’ eyes. We wish to be able to combine media success with road success, giving Toyota the best visibility in the most prestigious races in Italy.” 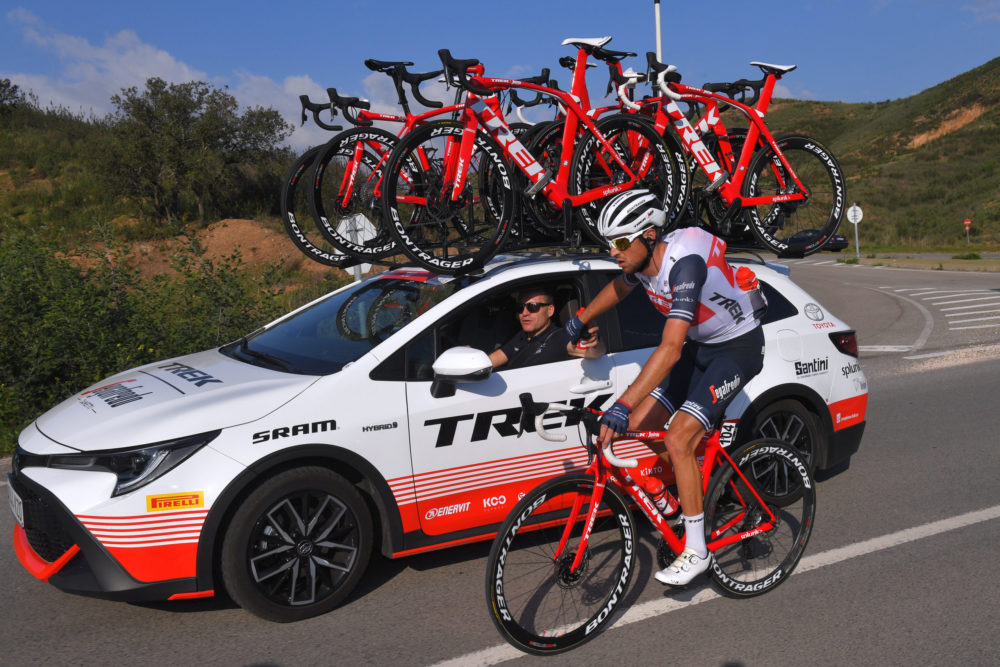 “We are very pleased to have reached this important agreement with Trek,” added Mariano Autuori, Marketing Strategy & Communication Director of Toyota Motor Italy. “With Trek we share the same values and offer complementary solutions for mobility. The meaning of this partnership goes further because it is in line with Toyota’s choice to connect itself to the world of sport by affinity of spirit, the perseverance in facing challenges, and overcoming its own limits.”

Toyota and Trek joined forces in February 2019 when Toyota launched the Corolla Trek, a Corolla Touring Sports edition with 1.8L or 2.0L Full Hybrid Electric engines. The partnership stems from the desire of the two brands to share a complementary mobility offer that is eco-friendly and dedicated to customers with active lifestyles.

Trek-Segafredo debuted the Toyota Corolla Trek hybrid vehicles at the 2019 Vuelta a España. In addition to the cars, the team has two Proace Verso vans at its disposal. 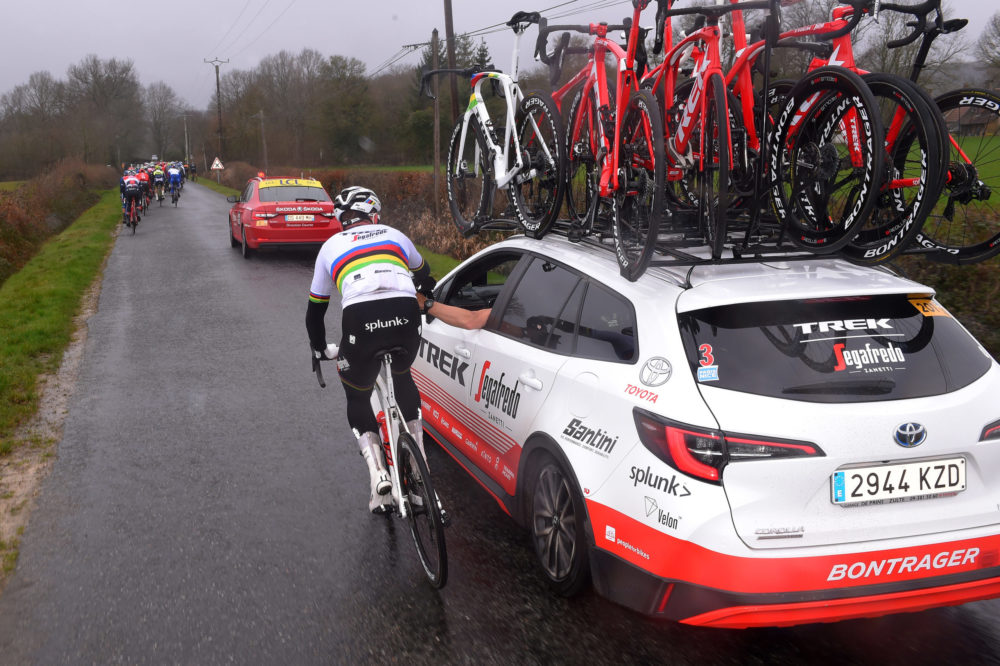