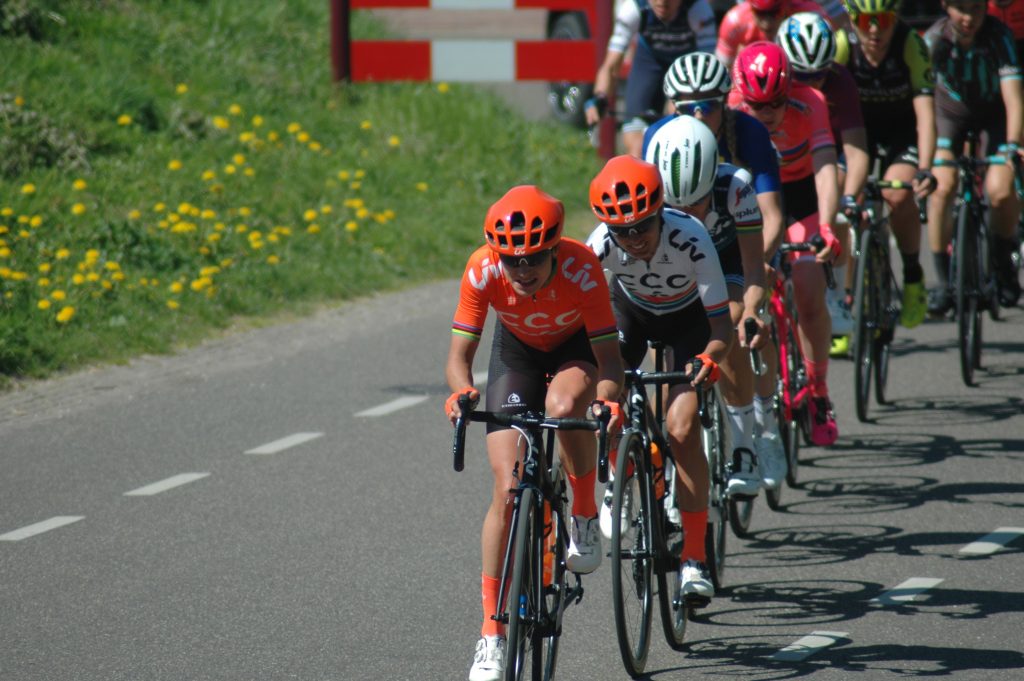 Stage 7 of the Giro Rosa will see the battle for the pink jersey resume. An early climb will then see an extended flat period. The riders then drop down and do a smaller climb before crossing the finish line for the first time. The riders will then tackle the 200 metres of climbing on the Valle Maddaloni before descending and crossing the finish line again. A final ascent of the Valle Maddaloni will act as a spring board for riders with energy to spare. The strongest rider will take the finish line as the stage winner. There’s a strong chance we see another reduced bunch sprint.

Despite teasing us with a trailer, there’s no live TV coverage of the Giro Rosa still in 2020.

There are highlights shown on the PMG Sport Youtube Channel of each stage. The times vary each day.

It’s likely a GC day so Annemiek van Vleuten will be the major favourite. She’s still 1 minute 56 seconds ahead of her rivals and spent the first 4 stages finishing no lower than 5th. She’s looking like the race winner. Canyon’s Kasia Niewiadoma has crept into 2nd place Overall. She’s been similarly consistent like Van Vleuten, finishing between 3rd and 9th on the first 4 stages. Boels Dolman’s Anna van der Breggen would probably hope to be closer, but finds herself 2 minutes and 3 seconds off the lead. She’s been going backwards since a strong opening 2 days. It will be interesting to see if that trend continues.

A minute further behind is Cecilie Uttrup Ludwig who will be ruing her comparatively poor team time trial. The uphill stages suited her with 2nd, 4th and 7th places. She’s someone who could potentially stay in touch over the final climb. Another minute back and the time gaps start to get close. Paule Ka’s Mikayla Harvey is currently 5th, largely after the strong performance on Stage 2. She should have the white jersey sewn up with an advantage of over 4 minutes so will be trying to stay in the top-5. Elisa Longo Borghini is only 11 seconds behind though. The experience Italian has been playing catch-up after losing time on Stage 2, 3rd and 4th places on the uphill finishes shows what’s possible.

Breathing down her neck, just 2 seconds behind is CCC’s Ashleigh Moolman. She’s another to have top-10ed each of the first 4 stages, just not quite as highly as the others. She’ll be battling for a top-5 spot. Mavi Garcia is only another 4 seconds back though. She’s at the end of her 2nd week of solid racing so may not be as fresh as others at the business end of this race. She might be keeping the powder dry for Stages 8 and 9 though. Marianne Vos is the first rider over 5 minutes off the pink jersey. She’s already taken 2 stage wins and this one could be the chance for a 3rd. She’s out of the real GC battle so will want to consolidate the top-10 standing.

Rounding out the top-10 is Elise Chabbey. She’s very quietly managed to do well in this Giro Rosa. Whilst teammate Harvey takes the plaudits for being top-5 and in the white jersey and Lizzy Banks wins stages, Chabbey has been good at not losing time. The strong opening team time trial positioned her well and her best performance was on Stage 2 where the biggest time gaps were formed. She’s got a strong mini-pack of Magnaldi, Sanesteban and Spratt behind her, gunning for that last top-10 spot.

German Nadine Gill has quietly put together a great Giro Rosa in her first race for Bizkaia Durango since signing for them at the start of this month. She finds herself 20th Overall with stage 4 finishes bouncing around just inside and outside the top-20. It’s a similar story for Movistar’s young Colombian Paula Patiño who finds herself a couple of minutes ahead in 17th place. She was just outside the top-10 in finishing 14th on the climb into Assisi, she could get a top-10 stage finish.

The Russian pair of Mariia Novolodskaya and Aigul Gareeva would be higher in GC if not for a poor first couple of days. They’ve both been getting top-20 finishes since, taking back time on other riders. Gareeva with an impressive 13th heading up into Assisi and Novolodskaya not far behind in 17th. The pair are only 21 and 19 years old so are the next generation of Russian racers in the peloton. Novolodskaya fell whilst off the front of the peloton near the end of Stage 6 unfortunately.