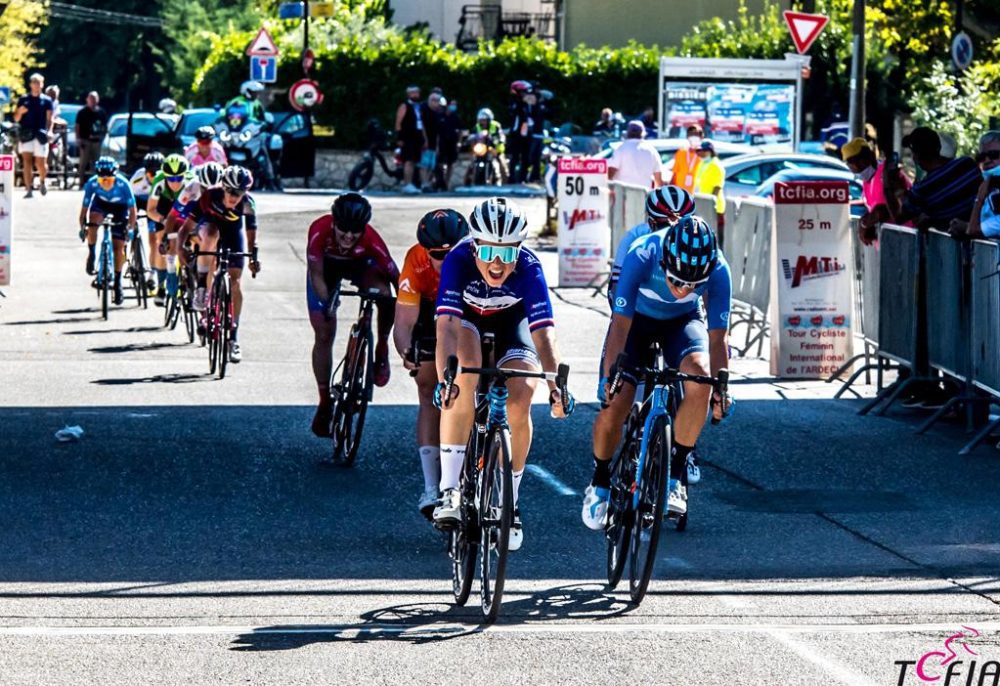 The Tour de l’Ardeche is a long-standing French stage race, now in its 18th edition in 2020. Originally it was a 2.2 race, the lowest ranking a stage race can be, but saw itself promoted to 2.1 level in 2018. The race used to have a prologue stage and individual time trial to create time gaps early on. These have been shelved since 2018, with a week of attacking racing in their place.

Marianne Vos dominated the 2019 race, winning 5 of the 7 stages. She put time gaps into most of her rivals with those wins too. At the end of the race, she finished 6 minutes and 7 seconds clear of 2nd placed Clara Koppenburg and 8:02 ahead of the diminutive Eider Merino. The 2018 edition was much closer. A strong battle between Katarzyna Niewiadoma and Mavi Garcia was only decided 2 stages before the end. Niewiadoma took advantage of rolling terrain to put time in her more natural climber rival. Trek’s Ruth Winder also took 2 stage wins.

The 2020 edition sees opportunities for sprinters and plenty of mountain challenges for the GC hunters. Stage 6’s short uphill finish will suit puncheurs looking for a good result. The biggest GC time gaps are likely to be on Stages 2 and 4 but Stage 6 will prove to be an interesting wildcard as well. Stage 3 could be a sprint finish, but the proximity of the final climb to the finish offers an attacking chance. We could see a small group go clear on the climb and easily stay away. Stages 5 and 7 provide similar but much harder opportunities for late breakaway success. The race’s proximity to the Giro Rosa seems to have meant a lot of Overall contenders won’t be racing.

We haven’t seen Letizia Paternoster race yet in 2020. Mainly that’s down to the Olympics originally being scheduled for this year and a track cycling schedule in the Spring. She had a great 2019, winning the Euros U23 race and a large amount of Top-10 results. Her biggest results were 2nd in the Madrid Challenge, 3rd in Gent Wevelgem and 5th in the RideLondon Classique as she announced herself as a WorldTour sprinter. And we still won’t see her! A late removal from the Trek teamsheet that now only has 4 riders, mainly working for Cordon-Ragot.

Aussie Chloe Hosking is the other major sprinter in this race. She had a great early part to the 2020 season, winning a stage of the Tour Down Under and regularly finishing in the top-10. She’s a big favourite on the flatter stages here.

Barbara Guarischi is the option for Movistar. She was 2nd in Vuelta CV Feminas at the start of 2020 but her next best result is only 14th at La Perigord. She’s a sprinter who may struggle to get over some of the late climbs in Stages 3 and 5. BePink’s Simona Frapporti won a stage of the Tour Down Under for her biggest win since a stage of the Route de France in 2012. She’s another sprinter who’ll need a flat stage for success. Cyclocross World Champ Ceylin Del Carmen Alvarado did well at the Grote Prijs Euromat this week, finishing 10th. It’ll be interesting to see how her and her team of cyclocrossers fare in a stage race, but she’s a sprint contender.

Mieke Kröger needs a flat parcours to show her best. Predominantly a time triallist, she’s been known to contest sprints from small groups. She won the Lotto Belgium Tour at the end of 2019 in that fashion. Austrian Kathrin Schweinberger rarely wins but is often in the top-10s of sprint stages. She was 7th in Grote Prijs Euromat this week after winning the Austrian National Championship the week before. She can keep that run of form up to get good results in the Ardeche this week. Kathrin is no longer racing but her sister Christina is, she’s probably more of an outsider sprinter though.

Ceratizit’s Laura Asencio got her best result of her career in the Vuelta CV Feminas at the beginning of the 2020 season, where she took 5th place. Since then her best result is 9th in the French Nat Champs. She races here for the Credit Mutuel team which is in effect a French national team for their home race. Italian Anastasia Carbonari had a good Dubai Tour earlier in 2020. She was always round the top-10 and that consistency took her to 9th overall. She can potentially get over the lumps on Stages 3 and 5 too.

Mavi Garcia is the big favourite on the startlist. She’s in great form at the moment with 2nd in Strade Bianche and then winning both the Spanish road race and time trial championships. On the climbs in this race, there shouldn’t be many riders who can stick with her. Eider Merino might be able to keep up on some of the climbs but she was still nearly 4 minutes behind Garcia in the Spanish national champs. She’ll more likely suffer on the flatter stages. Her teammate Lourdes Oyarbide will be a useful foil as well.

Trek’s Audrey Cordon-Ragot is probably more of a shot for stage wins rather than the overall, but in a weakened GC startlist she can still do well. The lack of a time-trial does hurt her serious potential here. However, the form that saw her become French National Champion and then 5th in the European Championships should see her place well.

Lauren Stephens is a solid all-rounder. Her climbing took her to 18th place in La Course this week but she also finished 4th in the flat Race Torquay earlier in 2020. She should be up there for a chance of a stage win. The Colombian Diana Penuela is another all-round option for TIBCO. She was a respectable 27th on the hills of Strade Bianche and whilst she’ll lose time to Mavi Garcia on the major climbs, shouldn’t lose too much time to many of her other rivals.

Cecilie Uttrup Ludwig will be the main focus for FDJ. She won the Giro dell’Emilia after finishing 7th in Strade Bianche recently but didn’t have the best week racing around Plouay. However, she was only 30th in the GP de Plouay and then just 16th in the Euros, which included a crash. She might’ve hoped to do better than 31st in this year’s La Course as well. Ludwig should be fine on the climbs but Stage 6 looks absolutely perfect for her.

Shara Marche is a similar sort of rider to Lauren Stephens. She should lose time to the likes of Garcia on the climbs like everyone else, but on the rolling stages will be capable of getting stage wins. Sara Poidevin is another all-rounder capable of sprinting after a day of climbing. She was 54th in a tough La Course, her first race since Omloop het Nieuwsblad. Kathrin Hammes is a climber who had a great 2019. There’s no TT for her to gain time back on rivals but she should lose less time than many others on the climbs.

Severine Eraud is a sprinter who can crest climbs along the way. Her best result of 2020 is 7th in Vuelta CV Feminas but recently has struggled with illness. She DNF-ed La Perigord Ladies and the National TT, before not starting the National road race. Her results here will depend on if she’s recovered. No longer on the startlist, so not recovered

Tetyana Riabchenko is a rider who’s done well in the earlier season Turkish races with weaker startlists. She took 3 Top-10 results in the 5 races, but there’s a question mark over her recent form after she DNF-ed the Ukrainian National Champs.

With no Marta Bastianelli racing, Maaike Boogaard might get the chance to sprint for herself. She was 15th in the lumpy U23 Euros recently and has been sprinting for others and not quite breaking the top-10 so far in 2020. Hopefully, she can take her chances. FDJ have a couple of sprint options in Jade Wiel and Clara Copponi. Both were slightly disappointing in La Perigord Ladies, finishing just outside of the Top 10. Clara Copponi does have the best result of the pair in 2020 with 3rd in the National Champs. Both finished outside of the time limit in La Course so might find themselves adrift on the climbs.

One option is the 41-year-old French rider taking part, Sandra Levenez. She at least has been showing good form in 2020. She was 2nd in La Perigord Ladies, before finishing a great 21st in La Course this week. If she can carry on that form over the course of a week, she might get a top-10 placing Overall.

A much younger French hope is Greta Richioud who was 3rd on a rolling climbing stage in the 2018 edition of this race. On that day she finished ahead of the likes of Eider Merino, Mavi Garcia and Shara Marche. Her form isn’t amazing in 2020, but she claimed 15th Overall in the Dubai Women’s Tour after climbing well up to Hatta Dam. Anna Kiesenhofer is another former podium finisher in this race, but like Pitel will miss out on gaining time in time trials this year. She time trials a lot but doesn’t road race very often. Her last major road race was the Austrian National Champs in 2019, which she won in the hills around Salzburg. Back in 2016 where she podiumed this race, she was 2nd on Mont Ventoux. It’ll be interesting to see how she fares.