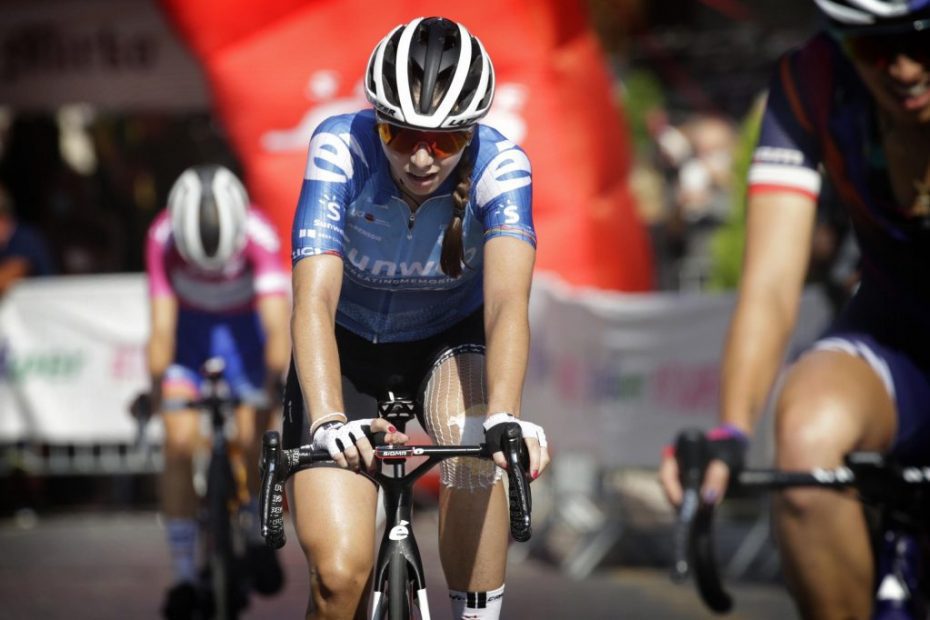 Following a gruelling day in the saddle on their previous outing, the riders set out for an even tougher route on stage four. Despite there only being one classified climb on the menu, there were plenty of tests to be dealt with along the 170 kilometre route. The longest ever stage of the Giro Rosa connected the two historical towns of Assisi and Tivoli, culminating with a punchy uphill finish which even featured cobbled sections along the way.

There were plenty of failed attempts to form an early breakaway over the first few climbs. Ultimately, two riders successfully made the jump and due to fact that they were a considerable way down the overall standings, they were given plenty of leeway to dispute the day’s honours.

As was the case with yesterday’s stage, the main GC contenders kept their powder dry until the last few kilometres where they finished in dribs and drabs, including Liane Lippert who made it to the line in a respectable sixth place.

“Today was another really long day.” explained Lippert at the finish. “Our goal was to be in the break with someone and protect me for the uphill finish that we believed suited me well. We tried really hard, but no one would let us go. The fast pace and blistering heat made things really difficult. After a while, two riders managed to get away. After that, the bunch was really relaxed and no one took the responsibility of chasing. When the gap was six minutes we put one rider on the front because we were really wanted a result from today but there were simply not enough teams cooperating. The final was very chaotic, but the girls did a great job to position me. I was in a good position to follow the moves and gave it my all to the finish.”