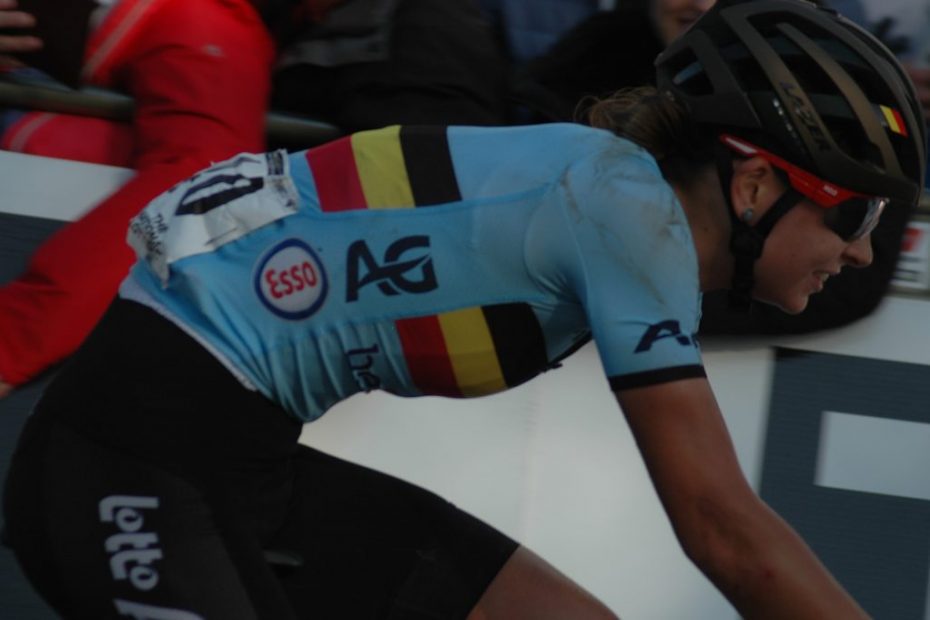 Due to a crash during the final phase of the first stage of the Setmana Ciclista Valenciana, Belgian champion Jesse Vandenbulcke broke her cervical vertebra C6. Jesse will be out for an indefinite time. The new addition to the Lotto Soudal Ladies team will not be able to participate in Omloop Het Nieuwsblad next Saturday.

Jesse Vandenbulcke: “We knew it would be a dangerous final. Therefore, I was riding in the front with Arianna Fidanza en Abby-Mea Parkinson. During the last kilometres, the road went downhill and we got ahead with a small group. The most dangerous part was already behind us. Four kilometres before the finish, a cyclist fell and I could not avoid her. I crashed and hit my neck on a curb, but I was still able to cross the finish line.”

Medical examination at the Valencia hospital showed that Jesse suffered a fracture of the cervical vertebra C6. It is a steady fracture. At the moment, it is difficult to predict when Jesse will be able to return to competition. Jesse could leave the hospital on Friday evening and on Saturday she will fly home. The medical staff of Lotto Soudal will follow her situation very closely.

Jesse Vandenbulcke: “It is a great pity to start the season in that way. During the winter I was really looking forward to this spring, especially because I could ride in the Belgian tricolour. Nevertheless, as a young mother, I can put this into perspective. I know I will be back. The most important now is to listen to my body, to rest and to slowly resume training.”

Arianne Fidanza was also involved in the crash. She only suffered some abrasions and was able to be at the start of the second stage on Friday.