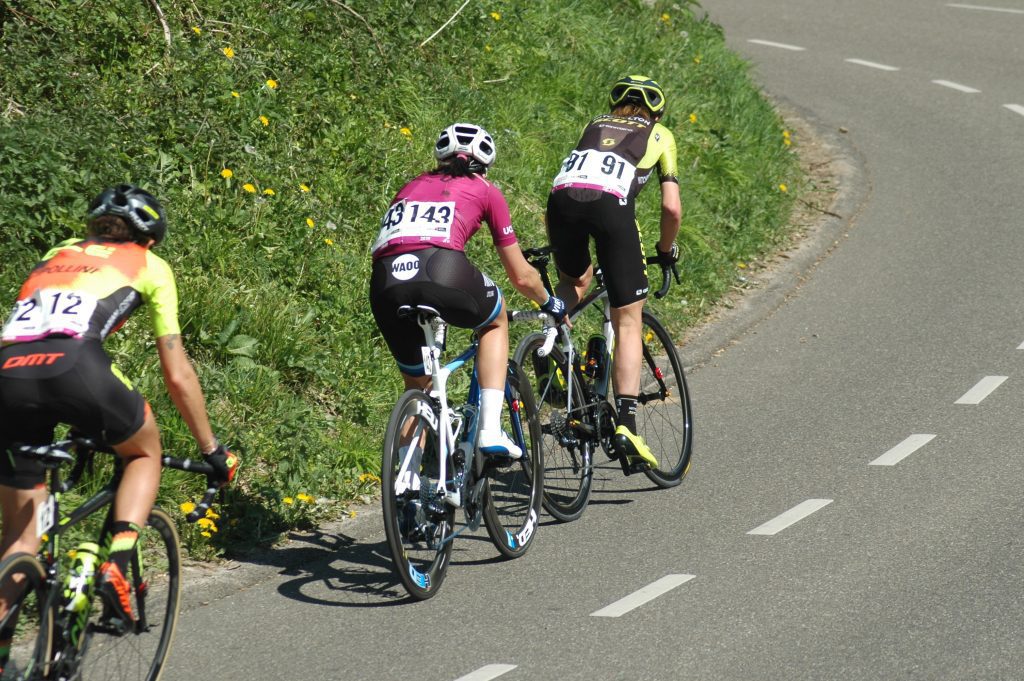 The Boels Ladies Tour starts today. It begins with a tiny tiny prologue of 3.8km at the Tom Dumoulin BikePark in Sittard. It will create some time gaps. There’s only so much time you can gain in under 4km but the course is super technical. Almost resembling a cyclocross circuit, and has a short stretch of cobbles for good measure. It will still shake things up and encourage some aggressive racing in the following stages.

Stage 1 should be a bunch sprint unless there’s some waaiers. With the time bonuses on offer at the finish line and intermediate sprints we may see the leader’s jersey change hands. Stage 2 should also be a sprint with waaiers less likely as the stage is 4 laps of a 29km loop. Stage 3 has the GC contenders more excited with a series of 5 hilly lumps. It may give a platform for someone to escape as Anna van der Breggen did at Plouay at the weekend.

Stage 4 sees the 8% Oude Holleweg placed just 11km from the finish. Another springboard for the GC contenders to blow the race open. The final stage is largely flat but climbs the Posbank before doing 3 laps of a 9km circuit. The circuit contains the 1km long and 4% steep Apeldoornseweg so we should see a small group at most reach the finish together.

It’s impossible to ignore the winner of the last 2 editions of the Boels Ladies Tour – Annemiek van Vleuten. She’ll find it harder to win in 2019 though with the full-length time trial removed. She won the Giro d’Italia this Summer so clearly is riding well. That was won largely via the TT and mountain stages however. She’s not won a stage/race with similar profiles since the Spring.
She’ll be working in tandem with Amanda Spratt. There’s also a chance for Sarah Roy to win stages and Georgia Williams may do well in the prologue too.

It’s also equally impossible to ignore the World Champ Anna van der Breggen who won the GP de Plouay at the weekend. She did so with a solo attack on the final lump around 13km from the finish. Stages 3 and 4 probably give her the best chance of a repeat performance. Chantal Blaak is listed as the #1 for Boels-Dolmans and will be looking forward to a chance to work for herself again. She won Omloop het Nieuwsblad this year (which feels like ages ago now). Done with a solo attack, so is another who will be looking to escape the peloton on Stages 3 and 4.
European Champ Amy Pieters will be their hope for the flatter sprint stages.

Trek have Liz Deignan as their hope for the overall but are also stacked in support of her. Deignan won the Women’s Tour of Britain back in June, winning the hilliest stage. The 4th Stage probably gives her the best chance of a win this week. Her teammate Elisa Longo Borghini is more than happy to shoot off and win solo when the mood strikes. She will probably be the feint that allows Deignan to win here.
Ellen van Dijk has won 7 stages and the Overall in previous editions of the Boels Ladies Tour. The winner of this year’s Dwars Door Vlaanderen is another who can win with a solo break. Trek’s sprint hope will be Letizia Paternoster who was 3rd back at Gent-Wevelgem. Recently she has been notching results like 5th at the RideLondon Classique and winning the U23 European Champs.

Ashleigh Moolman will be leading the charge for CCC-Liv, with no Marianne Vos racing. She won the African Games TT last week but then DNF-ed the road race for reasons I’ve not been able to find out. Her 91st at GP de Plouay was down to ‘adversity on a hill’ to quote the team. At her best and without bad luck she’s a strong contender.

Sunweb’s Leah Kirchmann finished 3rd Overall at the Ladies Tour of Norway last week. Largely thanks to avoiding losing time in the waaiers on Stage 1. A pair of strong finishes on the lumpy stages that somewhat resemble Stages 3 and 4 here.
Lucinda Brand is listed as the team’s #1 though. She had a strong Spring season with a podium at Dwars Door Vlaanderen and top-10s at the Ronde van Vlaanderen and Liege-Bastogne-Liege. She’ll be looking forward to trying to gain time on Stages 3 and 4 too. She’s a solid time-trialler so could gain time in the Prologue too. Even if the technicality of the course might shift the balance away from those good at traditional TTs.

Canyon-SRAM’s overall threat will be in the form of Katarzyna Niewiadoma who loves the sort of finish that Stage 4 offers. Similar to the finale of the Trofeo Alfredo Binda that she won in 2018. Finishing 2nd Overall at the Tour of Britain, 5th at the Giro and 4th at the Tour of Norway are the results of a rider in form.

Virtu’s Marta Bastianelli has been lapping up wins all season, not necessarily an out and out climber like a van Vleuten, she’s excelled in slightly lumpy parcours and has the sprint to take the wins at the end. She won at Vårgårda recently by outsprinting Vos and Wiebes which is no mean feat. She’s normally not as good as other GC hopes at the time trial, but with this race’s super short and super bendy course, it may play into her hands.

Lisa Brennauer is a former winner of the Boels Ladies Tour back in 2015. A strong TT-er, her advantage there will be neutralised a bit this year. She won her National Champs this year and finished 7th whilst sprinting at the European Champs too. 4 top-10 stage results at the Tour of Britain shows she can put together a good set of results to make the top-10 Overall here.

Lorena Wiebes should win at least one of the first 2 stages and may be able to make it over the bumps to contest the sprint in the lumpier stages too. She could find herself in the leader’s jersey too if she does well in the Prologue. She’s been the in-form sprinter throughout all of 2019.
She’ll be going head to head against Kirsten Wild who hasn’t won a Women’s WorldTour race since March. Wiebes has largely had the measure of Wild since the early Spring, even at the European Champs Wild finished 6th to Wiebes’ 4th place.

Alice Barnes has been both time-trialling and sprinting well recently. 2nd and 5th on 2 of the flatter Tour of Norway stages, 5th in the European Championships, 1st in the National Champs and 4th at the European Games are all solid results. She’s also finished 1st, 2nd, 4th and 9th in the last time-trials she’s competed in. She’s got a decent chance of being in the leader’s jersey over the first couple of days.

Amy Pieters is a relative outsider for the Overall, especially with Blaak and van der Breggen also on her team. She’s in great form for getting stage wins though with her victory at the Europeans, 5th at Vårgårda and 3rd at GP de Plouay. She’ll need some luck and for the team situation to work in her favour, but in this form, she could perform all week.

Valcar’s Marta Cavalli finds herself in this section purely because she’s managed to avoid doing an individual time trial in 2019. Also because she doesn’t do as well in the Overall in stage races. She’s not won a race in 2019 either but has consistently found herself in the top 10. 6th at Vårgårda and 4th at GP de Plouay shows a rider who could light things up during the race.

Finally, Bigla’s Leah Thomas has a shot at making the top-10 Overall. She won the Women’s Tour of Scotland recently and took 2nd place on a Giro stage whilst her teammate Lizzie Banks won (who is also racing here). 8th Overall at the Tour of Britain is an indication of what she can do provided she can make it to the lumpier stages still in contention.