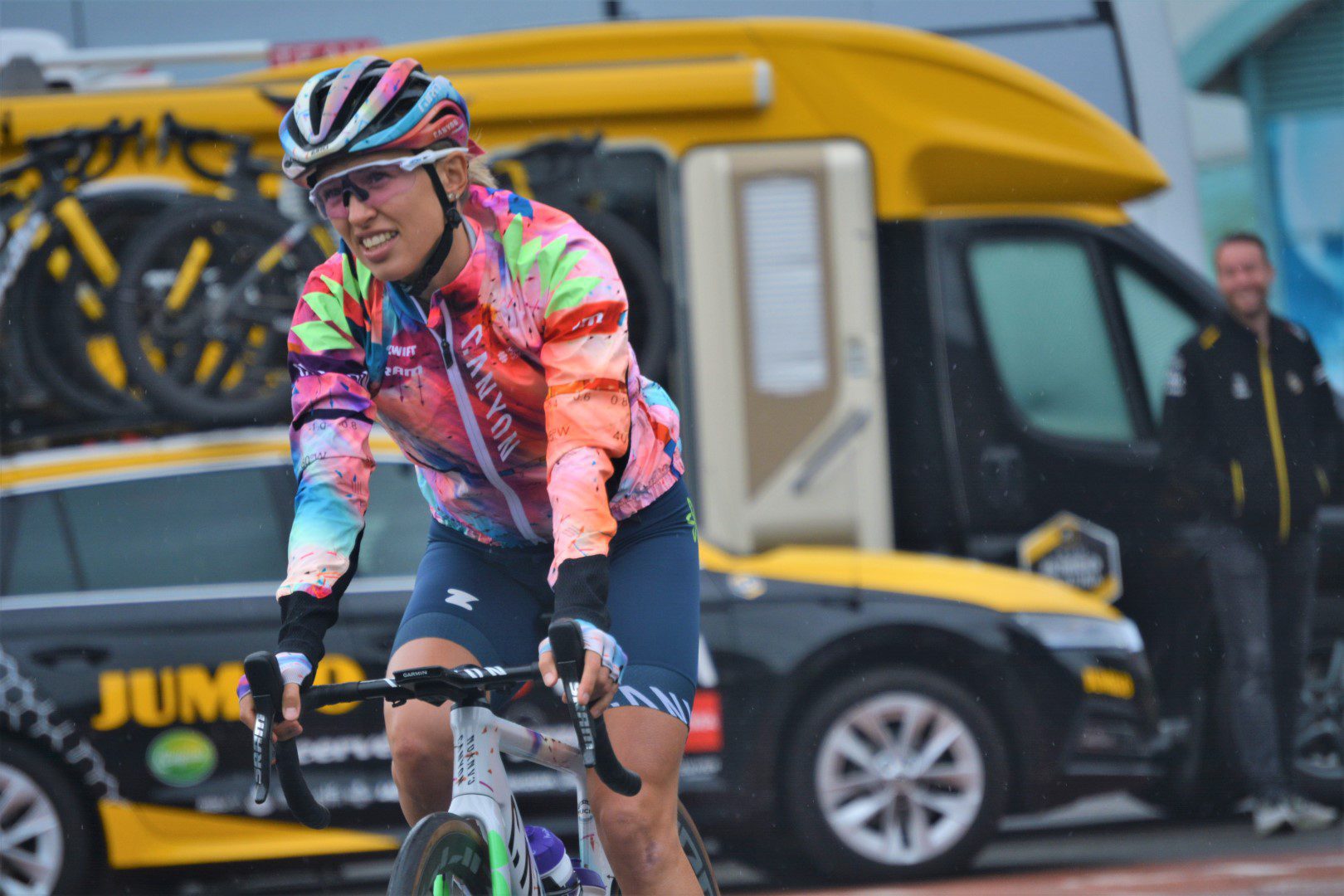 It was a bit of a mixed season for Canyon SRAM. You can’t really say it was bad as there were strong results and they kept their 6th place in the rankings from 2021 but they still only won once all season. It’s a regular criticism of mine that the team always seems prepared to settle for a podium rather than roll the dice and win. The season started with plenty of top-10s but didn’t really get going until Strade Bianche where Kasia Niewiadoma finished 4th. The first WWT podium came via Soraya Paladin at Trofeo Alfredo Binda and it took until Itzulia Women in May for the next visit at WWT level.

Elise Chabbey was 3rd at Dwars Door Vlaanderen in the meantime and Niewiadoma was 2nd at Brabantse Pijl, behind the solo break of Demi Vollering. As the calendar took in the Ardennes and Spain, Pauliena Rooijakkers became a strong threat. She was 2nd in GC at Itzulia Women, won Durango Durango, 4th on Mont Ventoux and 3rd at the Tour de Suisse. Kasia Niewiadoma also finished 3rd in GC at the Women’s Tour, not quite being able to finish things off on Black Mountain, losing a sprint to Longo Borghini.

3rd place at the Tour de France Femmes for Niewiadoma was probably the best possible result behind Vollering and Annemiek Van Vleuten. The team’s consistency and strength was evident in them finishing every race after the RideLondon Classique bar Simac Ladies Tour (12th) and Tour de Romandie (11th) somewhere in the top-10.

It’s always hard to look past Kasia Niewiadoma but her winless streak continues. Once that monkey is off her back, I expect to see plenty more. Elise Chabbey wasn’t far off achieving the same points total, built on repeated strong finishes in one-day races, including 4th at Paris Roubaix. Her attacking style is a great foil for Niewiadoma. Soraya Paladin performs a similar role but gets more of her best results in stage races, but similar to Niewiadoma, hasn’t won since 2019.

Pauliena Rooijakkers had a career year and took her first win since 2017 too. Her form in May and June was top drawer. Shari Bossuyt has just broken her collarbone but is going to be one of the stars of the team in 2023. She’s able to sprint on the flat but also on uphill finishes too. A race like Dwars Door Vlaanderen will suit her perfectly.

Neve Bradbury continues to impress, with her climbing at the Tour of Scandinavia and Giro Donne particularly strong. I’m fully expecting her to move up to another gear in 2023. Chloe Dygert remains the wildcard that could come still good after all her surgeries.

Canyon SRAM has a refresh this off-season. Some of the team’s stalwarts have been moved on with Alena Amialiusik (joined 2016), Lisa Klein, Alice Barnes (both joined 2018) and Ella Harris (joined 2019) all departing. Joining the team this year is a mix of established young riders and second chances. Ricarda Bauernfeind and Antonia Niedermaier were both promoted from Canyon SRAM Generation having each won more races than the Canyon SRAM team combined in 2022. It’s a similar winning story for Agnieszka Skalniak-Sójka who took 14 victories in 2022 for ATOM Deweloper Posciellux.pl. Previously in the WWT with CCC-Liv, she was forced to drop down out of even the Continental line-up. The trio represent a great chance for the team to get back to having a winning mentality.

Maike van der Duin hasn’t taken a victory so far in her young career but it feels only like a matter of time. After showing promise in 2021, the 2022 season saw Van der Duin start to consistently score top-10s. The team doesn’t have an out-and-out sprinter so Van der Duin will get opportunities. I’m not fully sure what opportunities Alice Towers will get in 2022 but the British national champion certainly has talent and 2023 should be a learning curve for Alex Morrice, the Zwift Academy winner.