In the week dedicated to the national championships, Valcar – Travel & Service also puts the Latvian title on the bulletin board thanks to Anastasia Carbonari.

The Sunday of Valcar – Travel & Service is tinged with the tricolour. The credit goes to 20-year-old Eleonora Gasparrini who, finishing fifth in the sprint of the Italian road championship, won the title among the Under 23 women (in the photo of Twila Muzzi, the 20-year-old on the podium).

A great satisfaction for the Piedmontese, who had the merit of crowning the work of her teammates: above all Silvia Persico, Ilaria Sanguineti and Federica Piergiovanni, in action in the final kilometres both to try to anticipate a sprint that seemed obvious, both to keep the young partner in the top positions.

It should be noted that Eleonora has already won a time trial this season, as well as touching the podium at the Ronde de Mouscron in Belgium. A sign of the further growth steps of one of the most interesting profiles of the blue movement. 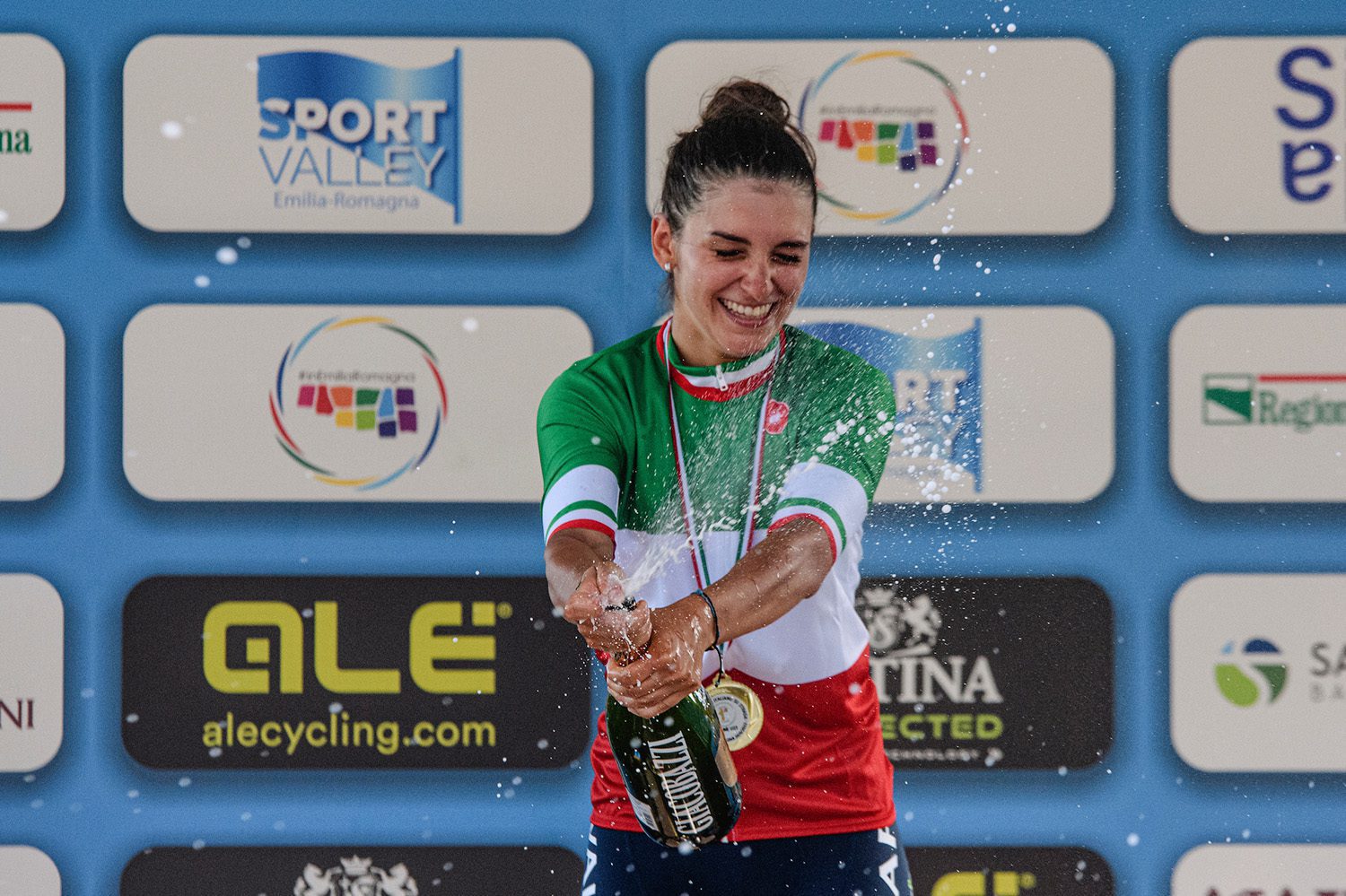 Eleonora Gasparrini celebrates the conquest of the Italian U23 title – credit T.Muzzi

Gasparrini’s tricolor jersey is not the only national relic that Valcar – Travel & Service can put on the bulletin board. Anastasia Carbonari, from Marche who has Latvian nationality, in fact won the national title in Kuld? Ga, thanks to a solitary attack in the final which allowed her to enjoy the arrival.

In the various tests on the line, Chiara Consonni’s fourth place should also be noted, in the race with the Fiamme Azzurre jersey, who finished right in front of Eleonora Gasparrini in San Felice sul Panaro. Same result for the French Margaux Vigié and for the Polish Karolina Kumi? Ga. And for Karolina also came the fourth place in the time trial on Thursday. 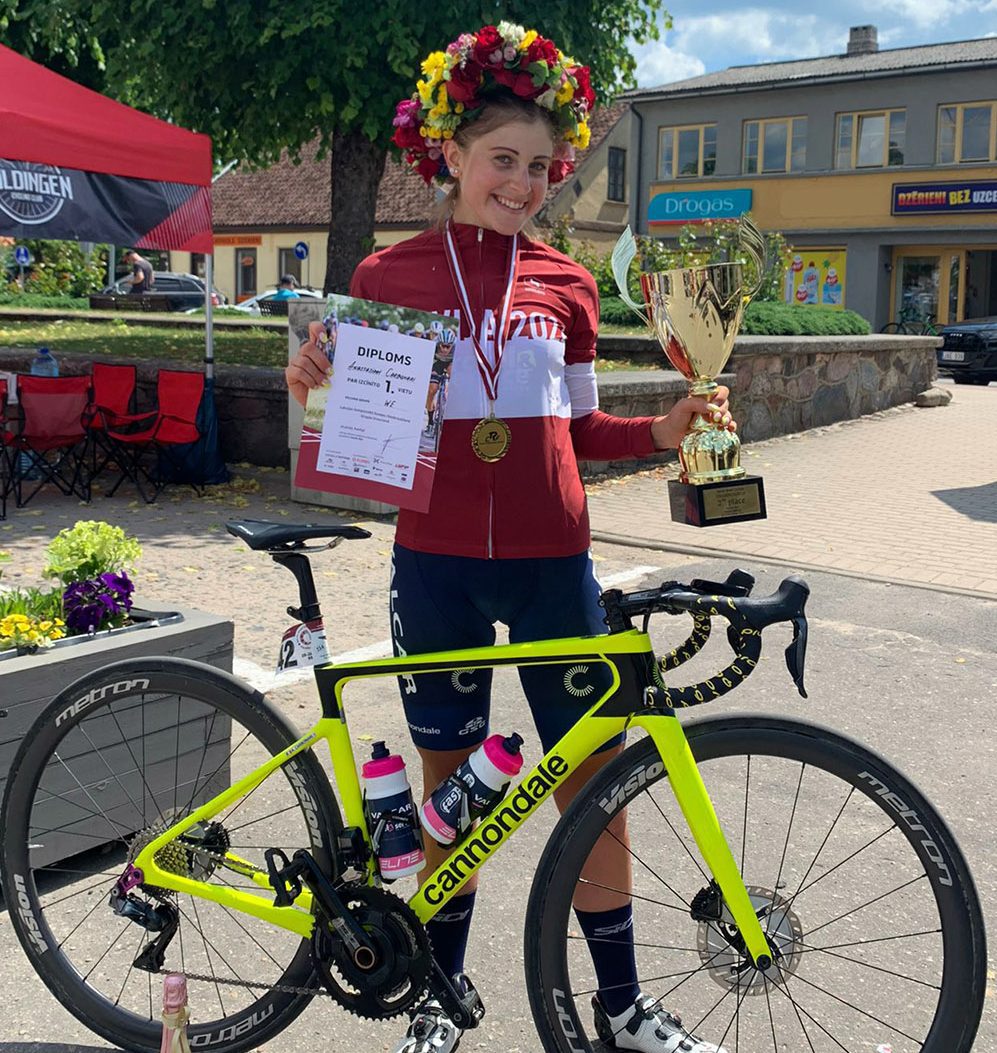 Now the team’s attention will shift to the women’s Giro d’Italia, which will start from Sardinia on 30 June and end on Sunday 10 July in Padua, after 10 stages and 1,007.7 kilometres, of which only the first 4.7 are time trials.