Ellen van Dijk tried everything to shake Lotte Kopecky in the final race of the Lotto Belgium Tour but could not stop the Belgian from taking the stage win and overall classification atop the Kapelmuur.

Van Dijk crossed the line in 3rd place and secured 2nd overall after she and her teammates played an aggressive race but could not overcome Kopecky, who played a shrewd game.

“The last time up the Muur I knew I had to go again as hard as I could, but [Kopecky] was stronger.  We tried, but she was just better on this finish. I really wanted to get rid of her, but she could hang on and had a better punch in the end,” said van Dijk, who crossed the line in 3rd place for the stage. 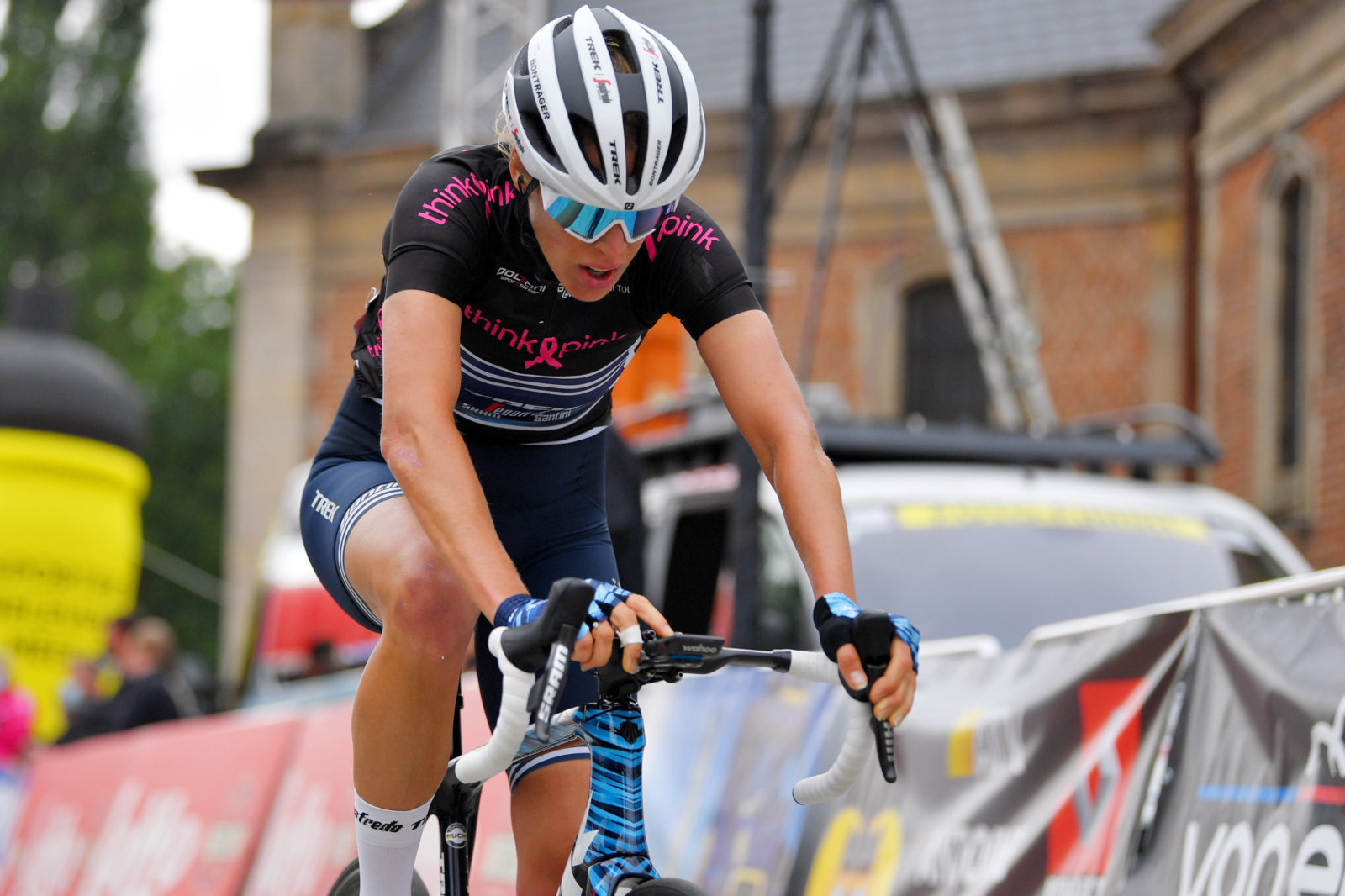 Ellen van Dijk, wearing the black Queen of the (cobble) Stones jersey, comes across the line in 3rd place.

Stage 3 was set to be a thrilling battle between the top three riders of the classification who came into the final day separated by seconds. The cobbled climb of the Muur was the battleground and Trek-Segafredo came into the day with an aggressive plan, as always.

“I knew that no one else was interested in attacking to really make the race hard so it had to come from us,” explained van Dijk. “Elynor (Bäckstedt) did a great leadout into the Muur two times and Trixi (Worrack), who is in really great shape, really wanted to ride today which was great. Trixi did a great race.

“Once we had a little selection over the Muur everyone was looking at each other and Trixi went away, which was perfect as I could bridge the next time.  She worked really hard to make the gap bigger, and the next time up the Muur I was there with Kopecky, but she didn’t want to ride with me.

“I really tried to make Kopecky tired and work with me, but she didn’t want to. I tried to attack her once, but couldn’t drop her, which was a shame.” 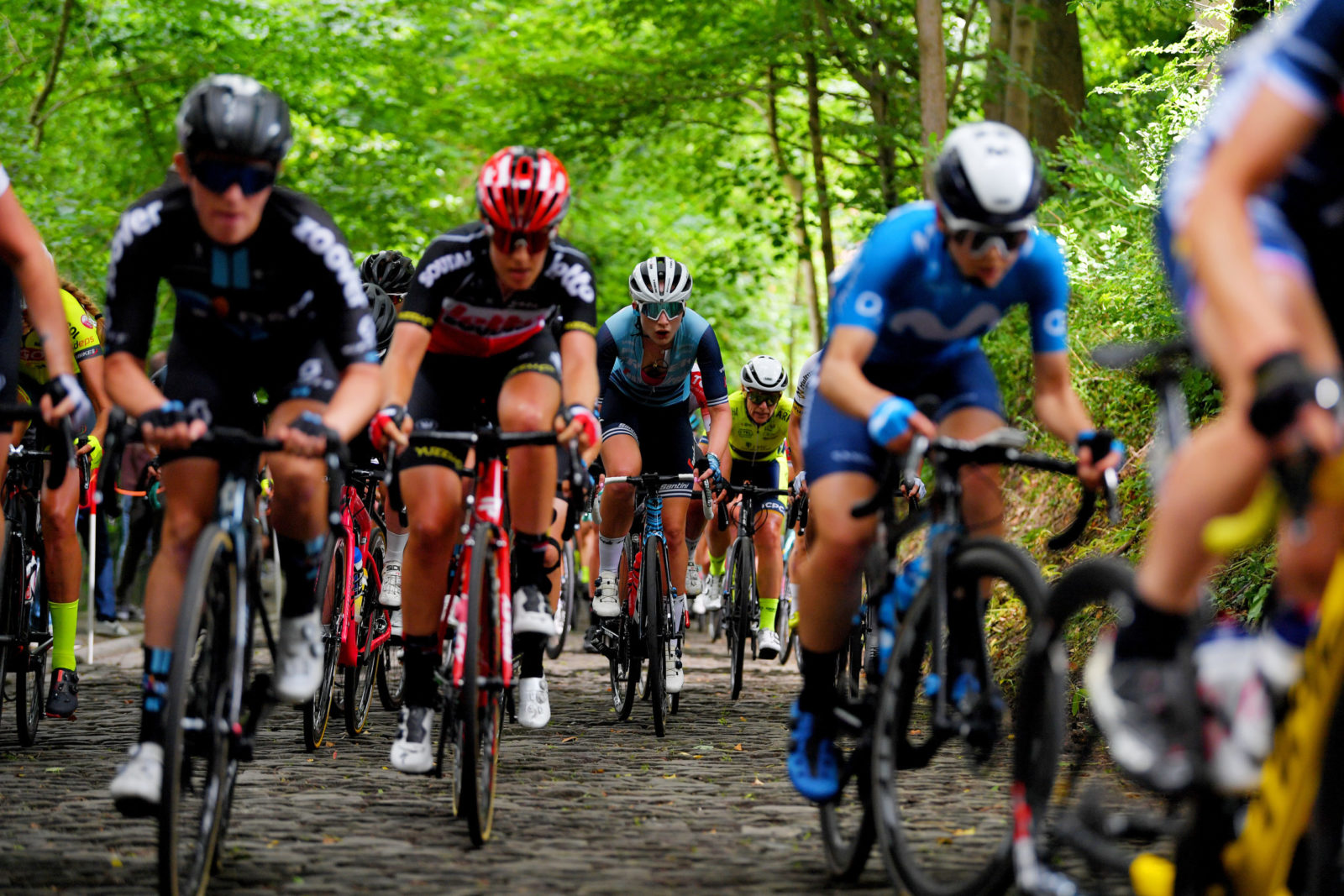 Elynor Bäckstedt on the Muur. 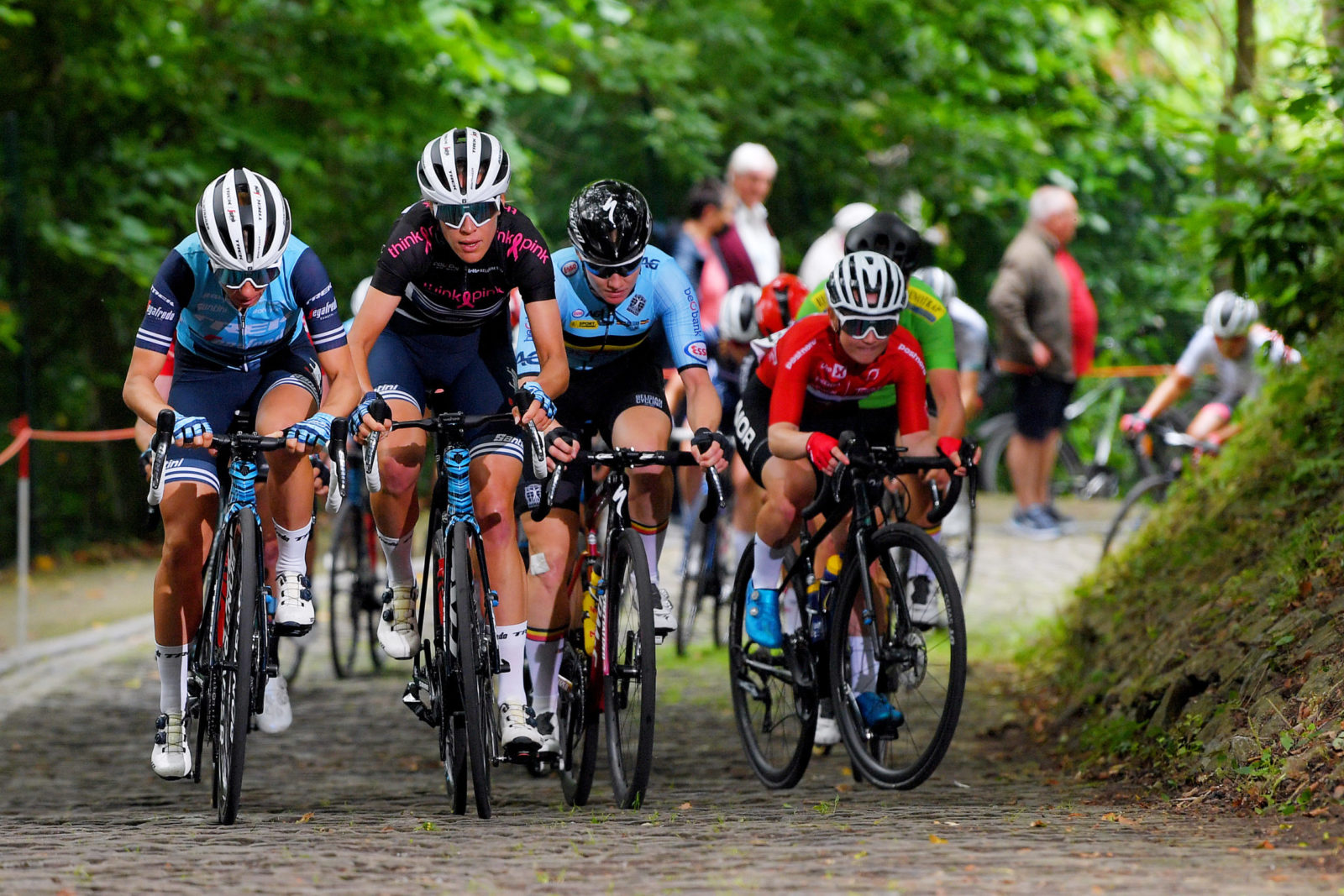 Trixi Worrack was a warrior today.

It turned into a battle royale between Van Dijk and Kopecky, the two strongest riders all week.  Kopecky had the edge with a better punch on the Muur, so van Dijk did all she could to weaken the legs of her rival.

Van Dijk and Kopecky led the race for the final lap, but Kopecky, unwilling to share in the work, effectively neutralized their lead and the chasing group with race leader Lorena Wiebes caught them back with seven kilometers remaining.

The final scene was set: the last time up the cobbled climb would decide the winner. 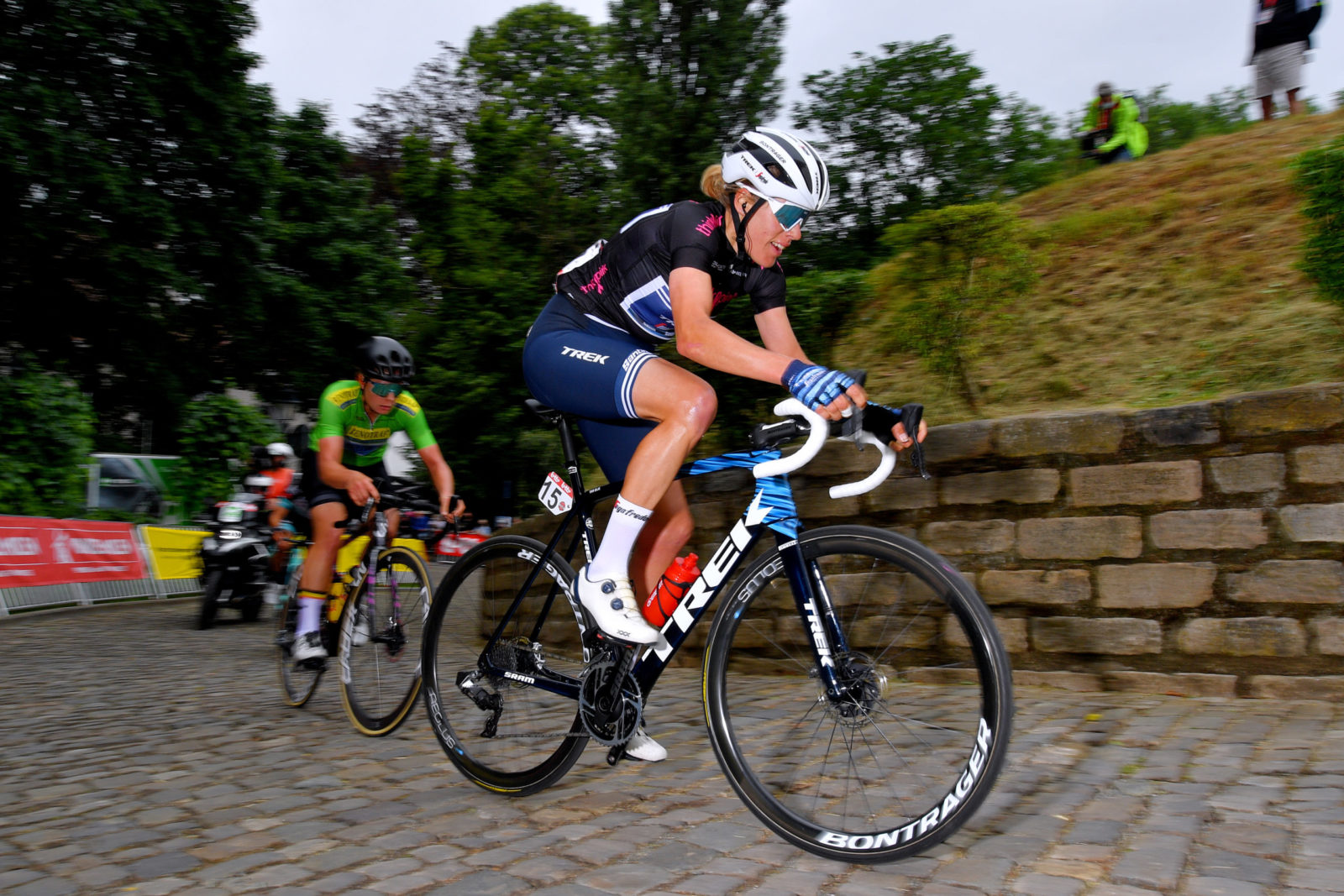 “The last time up the Muur I knew I had to go again as hard as I could, but Kopecky was stronger.  We tried, but she was just better on this finish. I really wanted to get rid of her but she could hang on and had a better punch in the end,” admitted van Dijk.

“We tried; we had a good week and yesterday we did a good race too. We’ve really had to make the race here.  It’s fun to race this way but of course, it’s a little bit frustrating in the end when you don’t get the results you want. Overall, it was a good week of racing and, as always, great teamwork.”