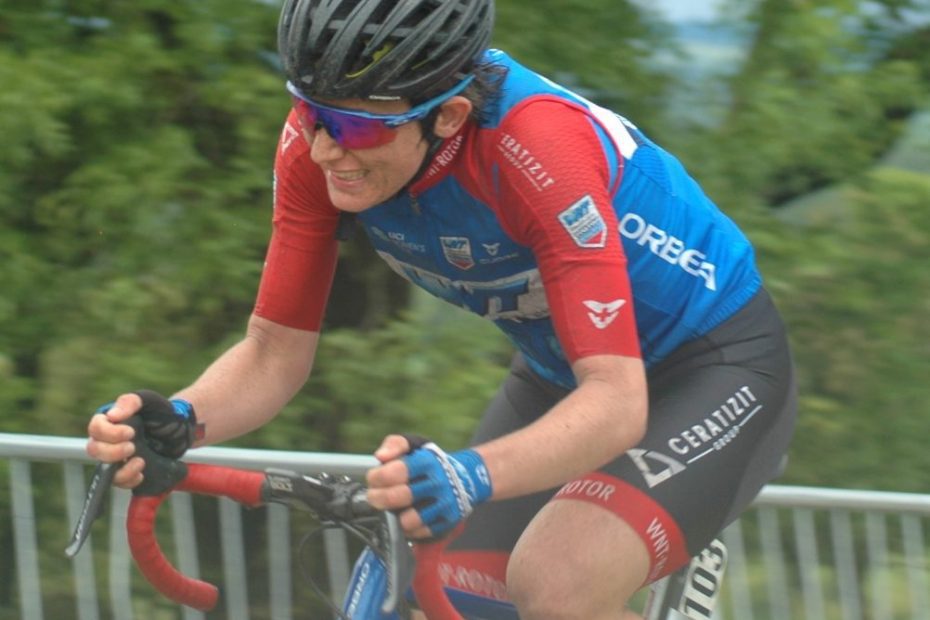 Kathrin Hammes rides into the yellow leader’s jersey after a tough day of racing on stage two at the LOTTO Thüringen Ladies Tour.

After a stellar ride on stage one having been in the breakaway since KM0 with 10 other riders, they were able to hold off the peloton to gain almost 7 minutes. Kathrin Hammes went on to take 2nd place along with the best German rider jersey, the most active rider jersey after some late attacks in the closing kilometres as well as the WNT Sprinters jersey, one of her strongest days on a bike in her career.

Stage 2 was a 113.4km undulating loop around Schleiz, which saw an early solo breakaway form.

Along the route Lisa Brennauer was able to pick up points in the WNT intermediate sprint classification, taking two 3rd places, whilst Kathrin scored a 3rd place in the queen of the mountain’s classification.

A breakaway duo of Bastianelli and Rooijakkers attacked late in the stage, and despite a chase they weren’t able to be caught, Brennauer sprinted to 7th place whilst Hammes finished safely in 19th place to take the yellow jersey and overall general classification which she leads by 8 seconds. Kathrin continues to lead the WNT sprint jersey for another day, as well as adding the queen of the mountain jersey to her collection.

Following stage 2, Kathrin said “It feels great, it’s unbelievable, I think it’s my first time in a yellow leaders jersey in a tour, so it’s a very new experience to me, but I really enjoyed today. I have the WNT sprint jersey and the queen of the mountain jersey too, I still can’t believe it.

Today was a hard stage, I think it was the stage with the most climbing metres of the week, but in my opinion we played it well as a team, we raced well together and I could always rely on everyone which was a different experience for me but a really nice one, we played to our tactics and it worked well for us.”

Tomorrow’s stage is 94km around Dortendorf including the famous Hanka Berg!