Cross country MTB continued this past weekend with a French round in the high alpine zone of Alpe d’Huez. It was a packed field of Europe’s best riders, all looking for valuable racing time in advance of the truncated World Cup season. For the team’s French rider Stephane Tempier, it was a hard fought sixth place finish on the day. Switzerland’s Jolanda Neff would fight her way to second, showing continued improvement after her injury late last year. 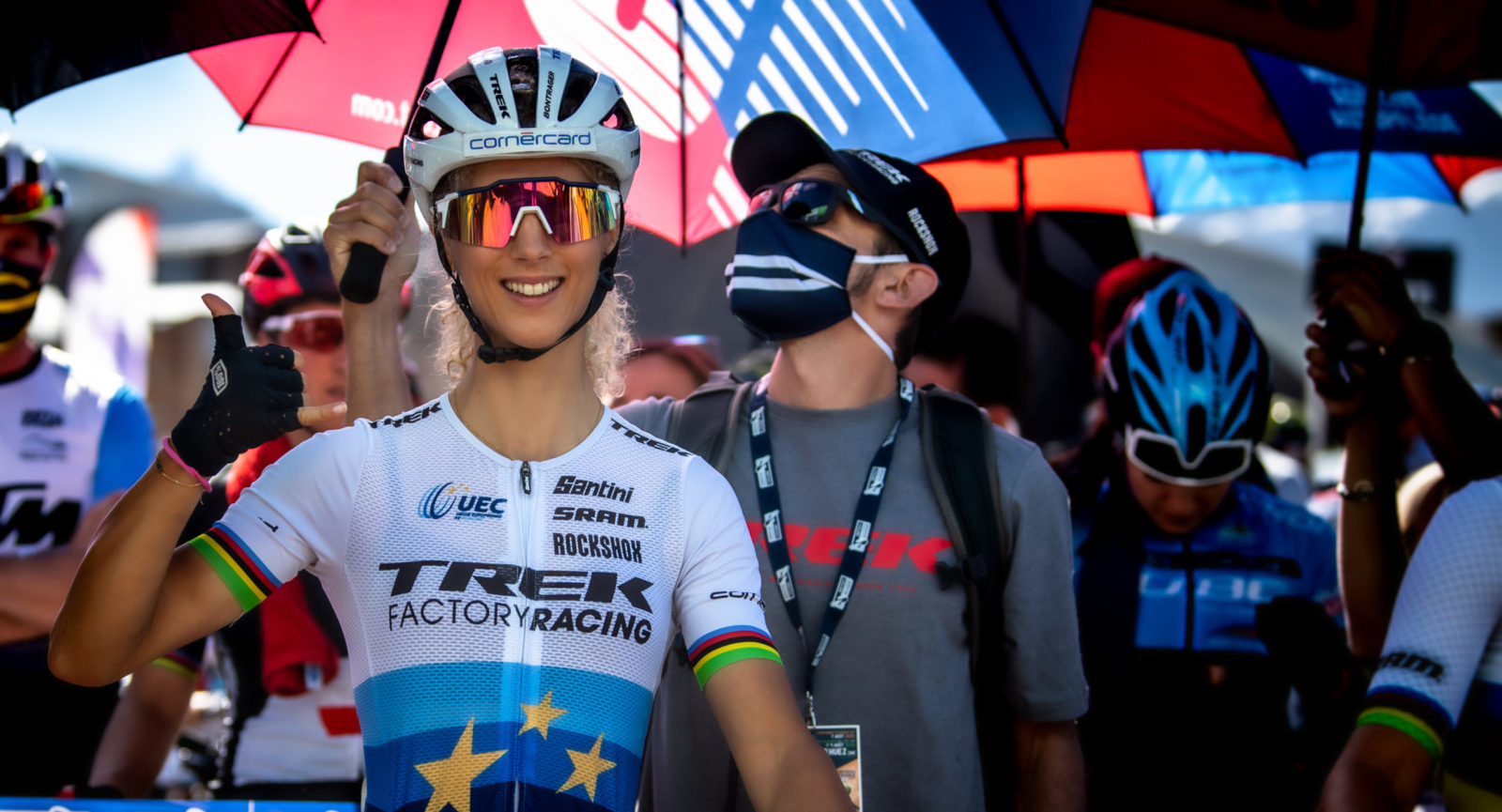 All smiles ahead of the day’s event 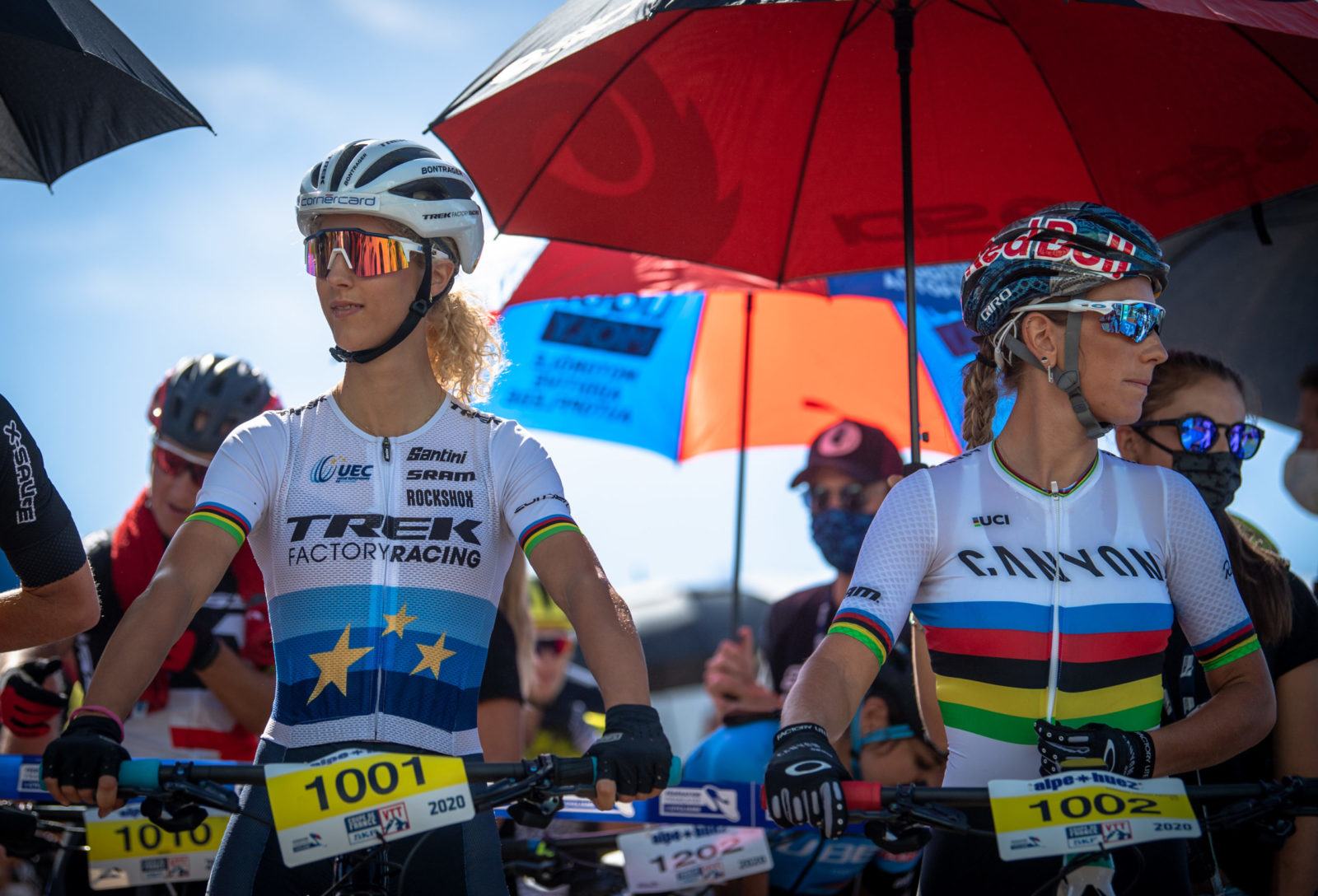 A field of top competitors in France 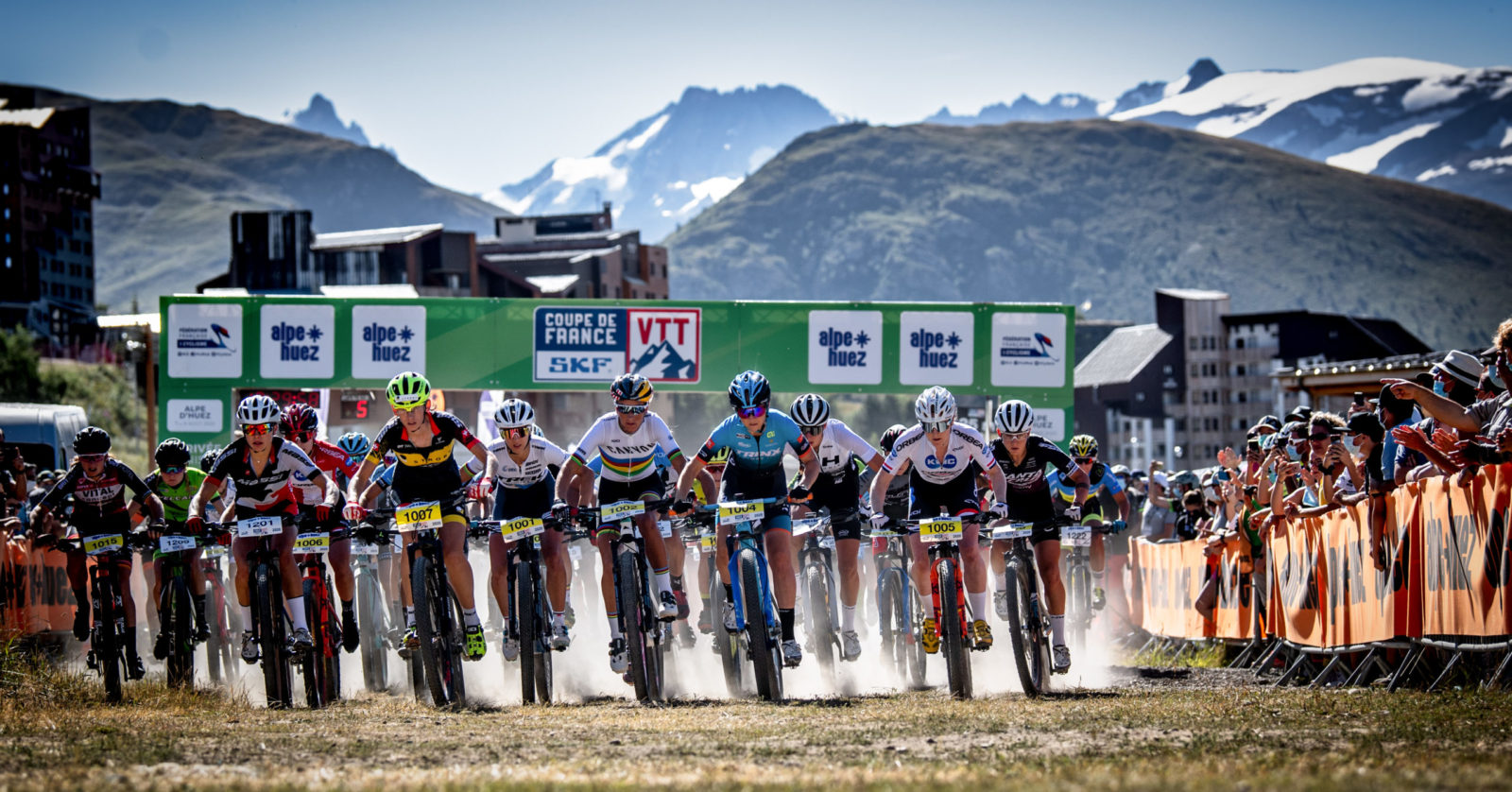 I did everything I could to get on the box, but second was the best I could do.
-Jolanda Neff- 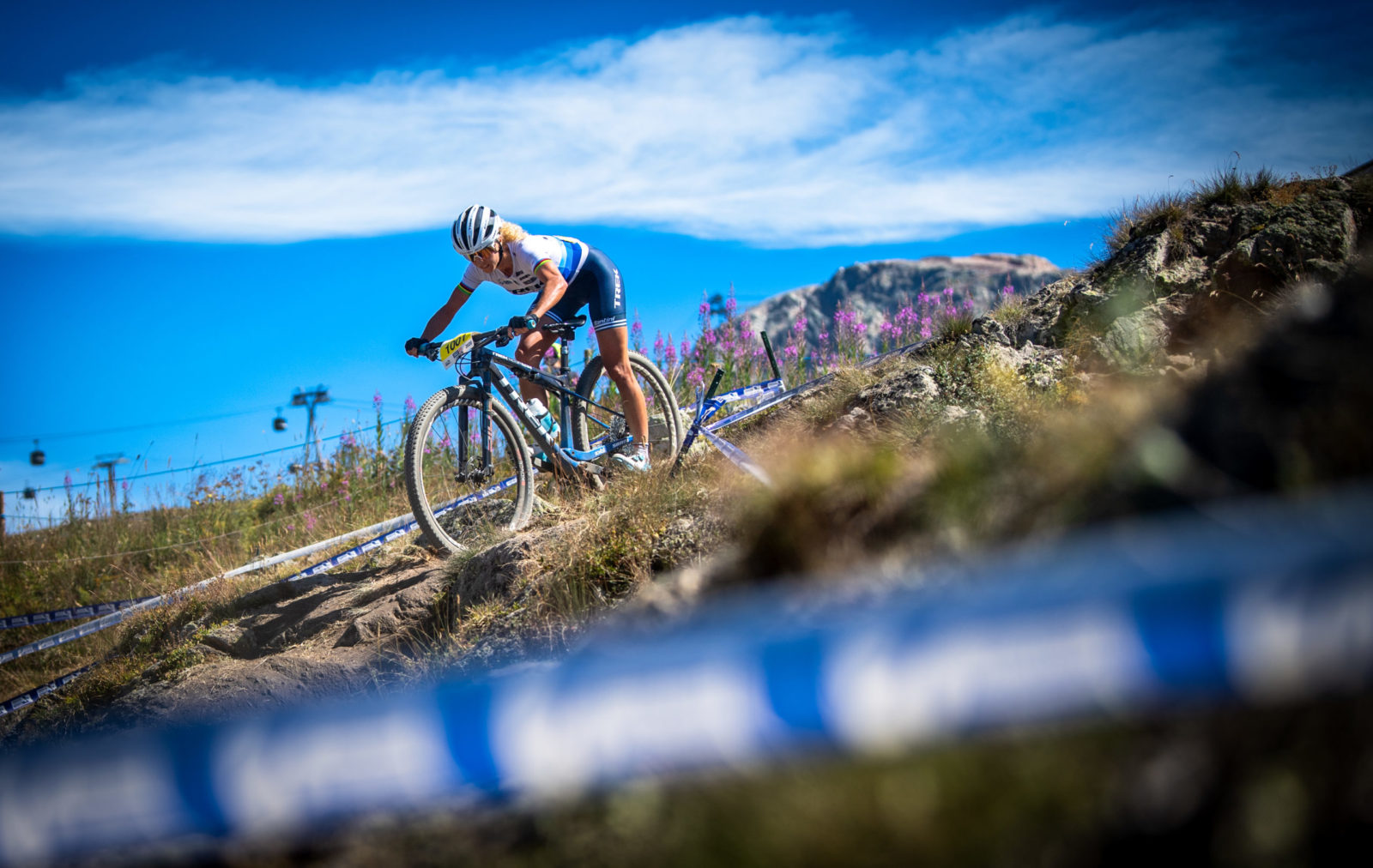 Incredible views for the French round

For Jolanda, the race kicked off full World Cup style. “I rode a great race, but probably didn’t bring my A-game due to some fatigue,” said Jolanda. “The other riders had a super high pace all day. Overall it was a super high-level field and that added a big ‘World Cup’ vibe mixed in with a lot of talented French riders. I did everything I could to get on the box, but second was the best I could do. The best part had to be getting reunited with the team atmosphere, and to get going again with the team!” 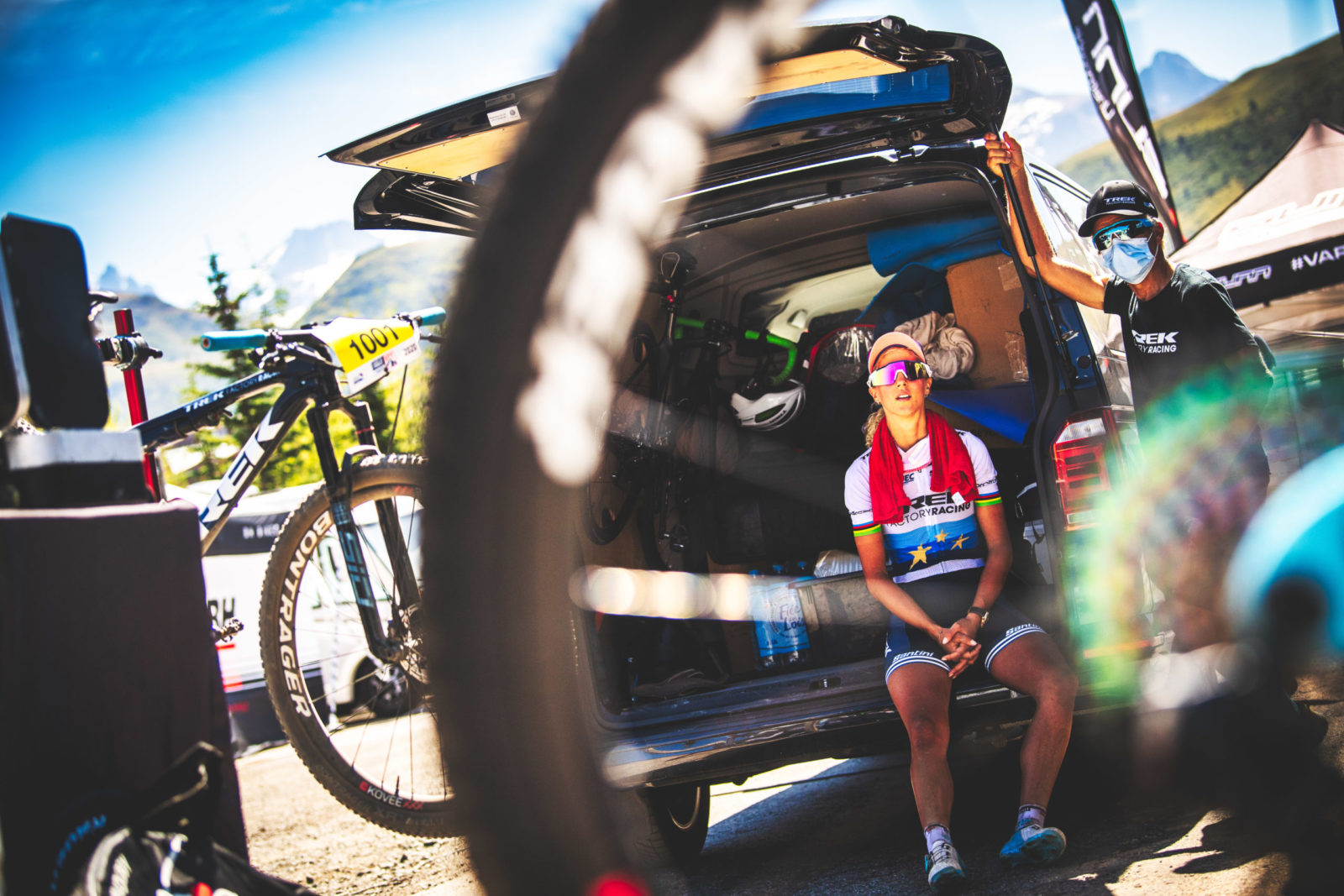 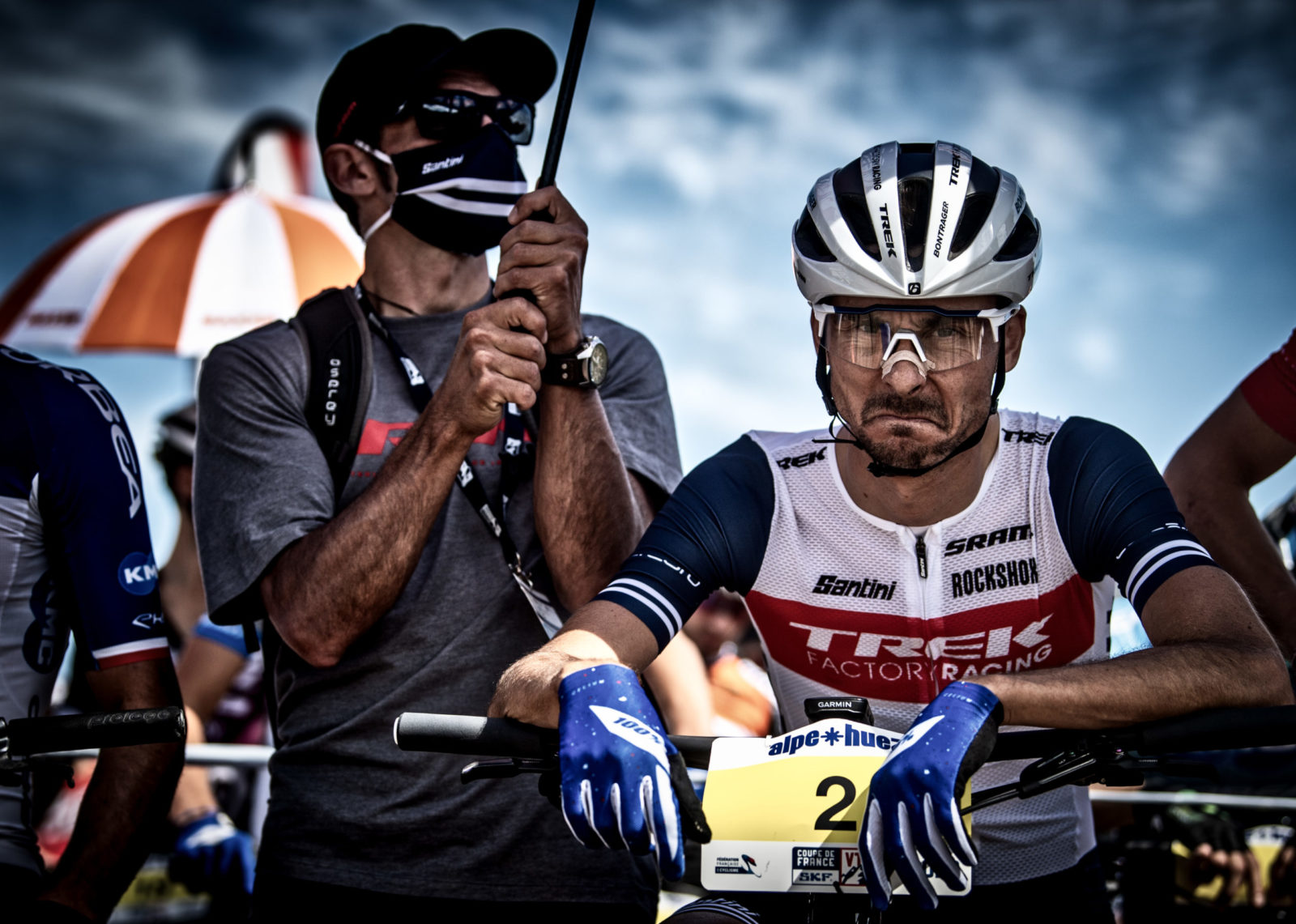 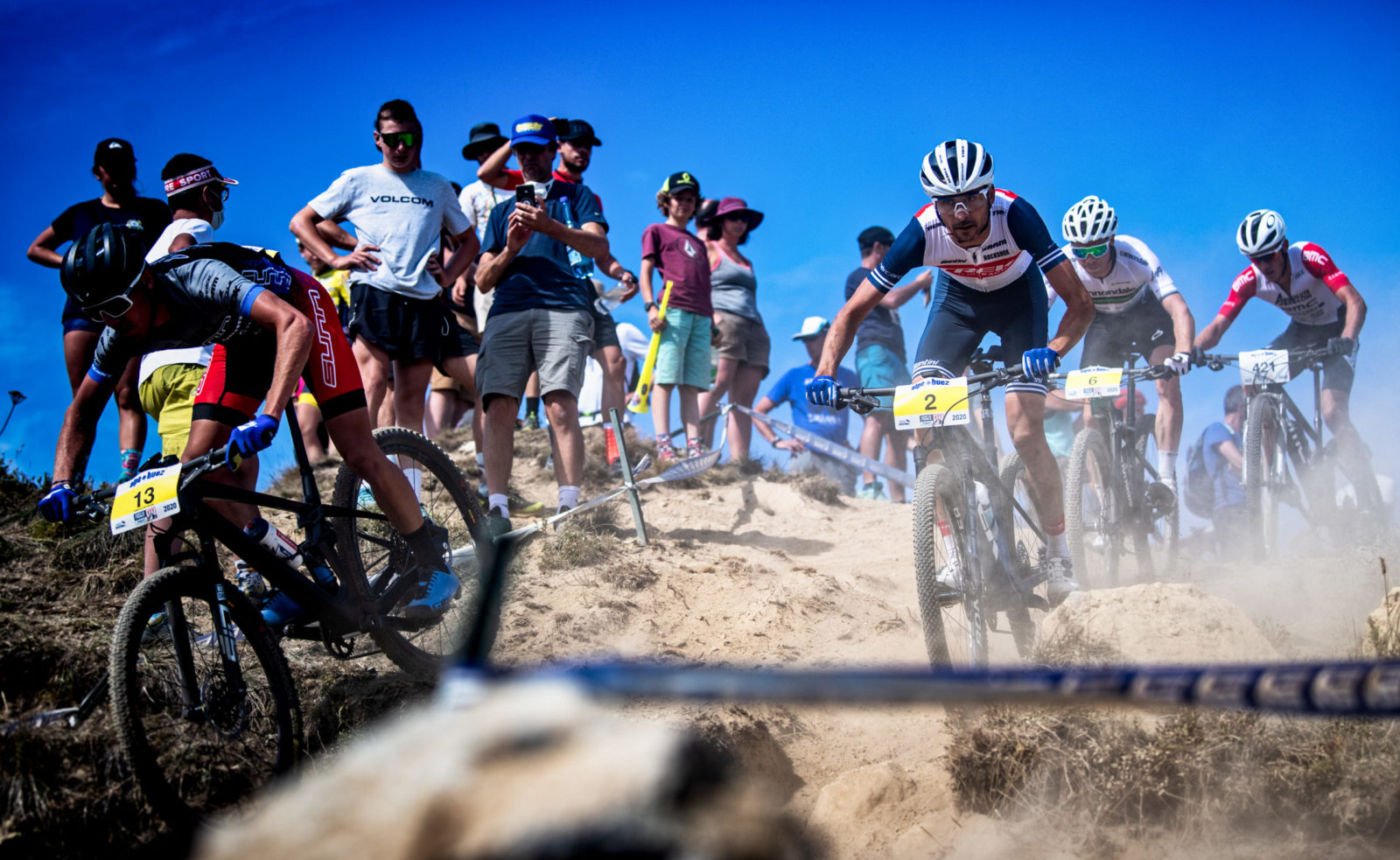 Stephane floated in the Top-5 all day before crashing, and then chasing back to sixth

For Stephane, the improvements over the previous week was positive. “The shape was better than Switzerland,” said Stephane. “I didn’t start too strong, but I overtook lap by lap. I just lost some time with a small crash in the middle of the race. I lost too much time to come back for a podium. I’m happy with my second race after the lock down. Now I am focused on the National in coming weeks.” 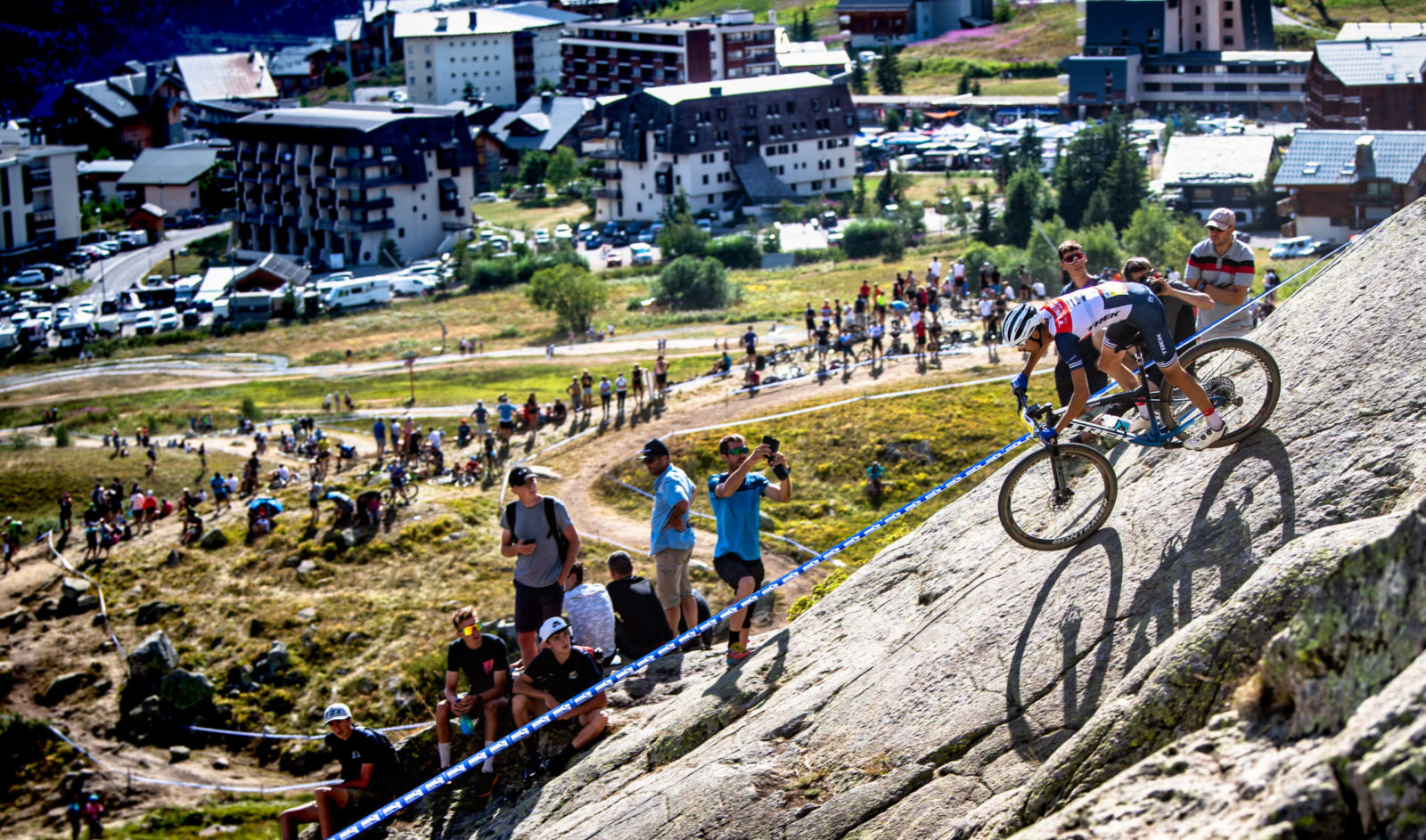 A wild day of racing in France

Stay in touch with the team as they continue to tune up for the World Cup races!