Trek-Segafredo scored yet another podium placing at the Giro Rosa 2020 with UCI Women’s World Tour leader Lizzie Deignan sprinting from a select group to finish runner-up to Lotte Kopecky in Maddaloni.

Two riders animated the first part of the 112km stage and built up an advantage of over four and a half minutes. Three chasers managed to bridge across before the race entered the final circuit and the front quintet still enjoyed a gap of over two minutes as they crossed the finish line for the first time with around 35 km to go.

On the climb to Santuario San Michele Arcangelo, Maria Novolodskaya attacked her breakaway companions and forged ahead solo. She was eventually brought back on the second lap when Elisa Longo Borghini split the peloton with a strong acceleration on the bottom of the climb. A select group formed at the front the included maglia rosa Annemiek Van Vleuten and Marianne Vos.

Ultimately several riders, including Lizzie Deignan, managed to regain contact with the front of the race and by the time the group passed the summit of the climb for the final time, around 25 riders stood with a change to fight for stage glory. 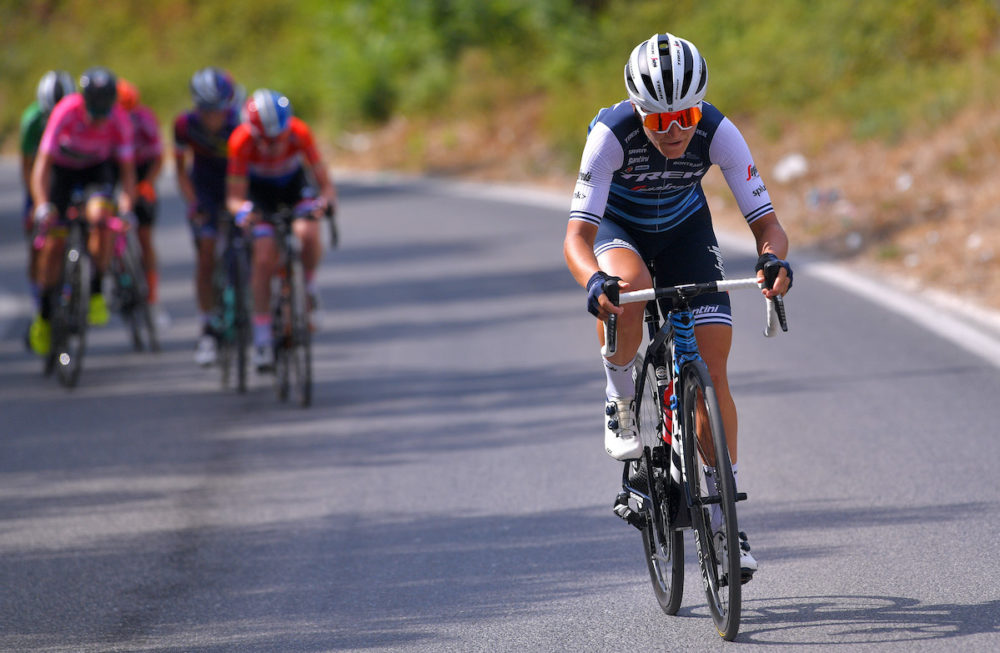 “It was yet another day of a fantastic team performance. Ellen (Van Dijk), Ruth (Winder) and Tayler (Wiles) did a fantastic job of setting me and Elisa up for the final climb which we did twice. We had decided to go for Elisa because the climb was pretty hard. I set Elisa up on the final climb but as it turns out it wasn’t maybe hard enough and I ended up coming back to her group and then readjusting and then thinking had to go for the sprint too,” said Deignan.

Trek-Segafredo re-directed the efforts to set up Deignan for the final sprint but a crash within the final kilometer nearly derailed the ambitions of the former world champion who narrowly avoided the incident that brought down race leader Van Vleuten.

Unfortunately, there was a massive crash with about 500m to go and I narrowly avoided that and then quick thinking from Elisa who reacted and did a long lead-out and pulled me through. 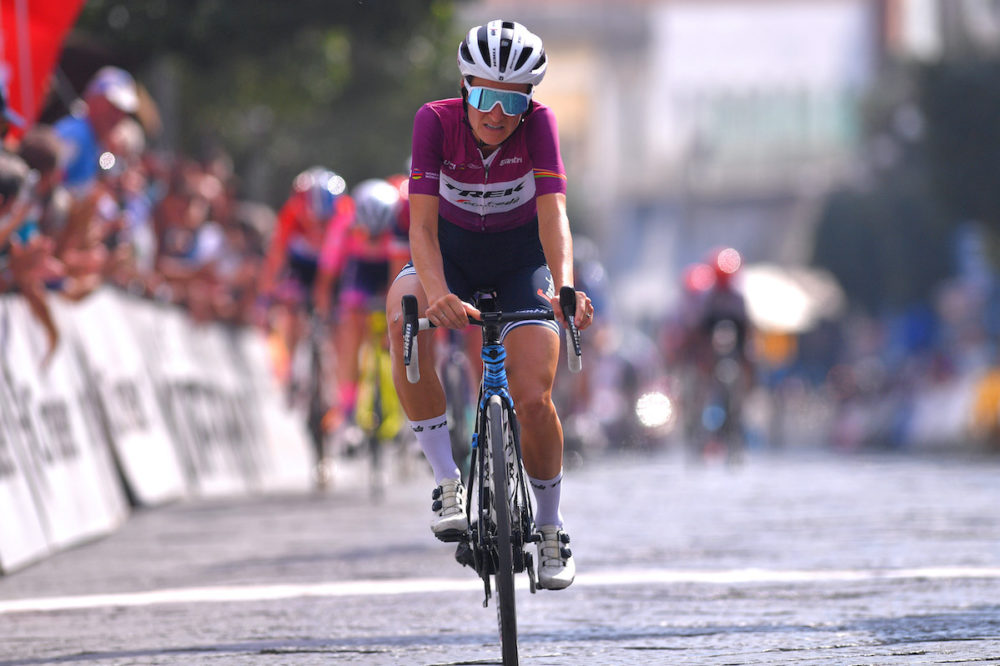 Lotte Kopecky (Lotto Soudal) took the final corner in first position and launched her sprint early in the slightly uphill drag to the line and won the stage ahead of Deignan who once more showed an impressive turn of speed and took yet another podium, after placing third on Stage 5.

“Lotte Kopecky won. She had a small lead-out from the motorbike into the final corner. In hindsight it was a bit annoying because I should have been closer to her wheel and anticipated it but just after a crash it’s not that easy to think clearly. I’m happy enough with second place but I think the team’s performance deserved a victory so I’m a bit disappointed for the girls,” concluded Deignan.

Longo Borghini was also lucky to avoid the crash and finished in the front group thereby keeping her sixth position in the overall classification. 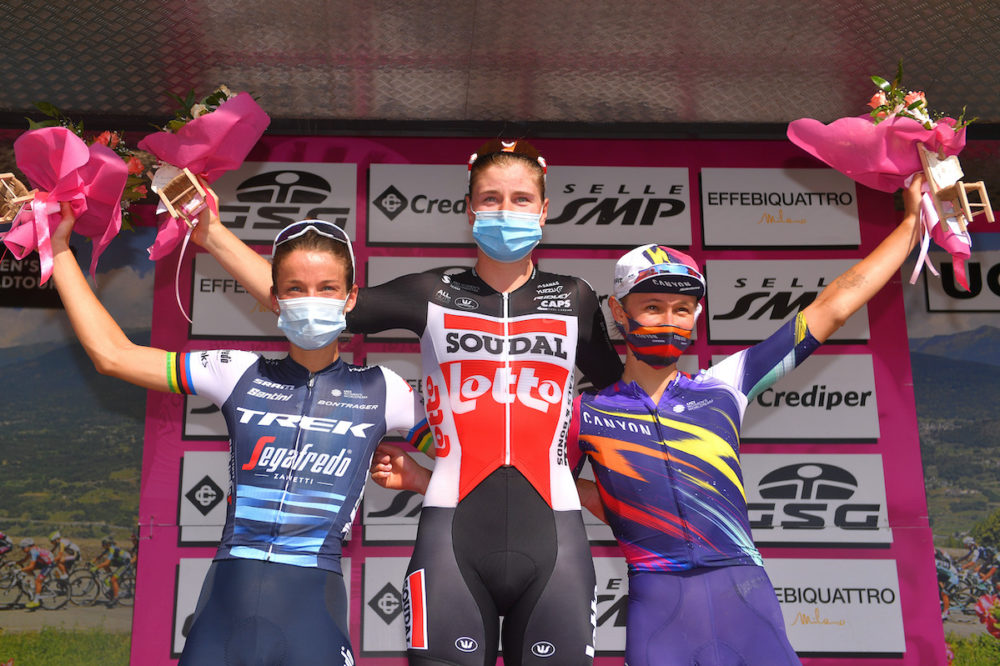