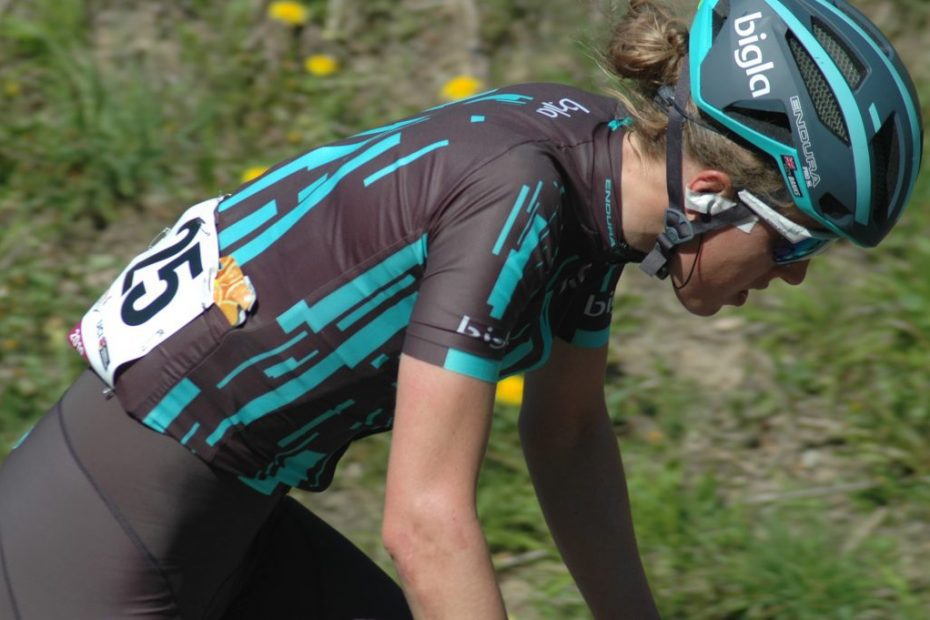 The team took on a brand new course around Plouay today, which was shortened to 101km, and featured a 44km opening loop followed by four laps of a smaller 13km circuit, and a total of 10 categorised ascents. The first climb of the day followed fairly immediately after the start, before the race continued on winding and small but hilly roads. At 60km into the race, the riders crossed the finish line for the first time before heading onto the first of the four circuits. Although these final circuits were relatively short, they featured gradients ranging up to 19 per cent. Rainy weather conditions and wet roads made racing more challenging and took their toll on the riders.

Lizzy Banks and Lizzie Deignan escaped with 35km to go, and rode together ahead of the field, where they had carved out an advantage that hovered around one minute over the chasing peloton. On the last 15km, the field put down the hammer and ten riders led the charge to try and reel in the leading duo. However, the two British riders worked well together and the advantage extended again with only 6km to the finish line. The chasers were ultimately unable to catch up. In the sprint into Plouay, Lizzy was pipped to the line by the Trek-Segafredo rider and took second place after a phenomenally strong and impressive performance.

After the race, she remarked: “I’m thrilled with today’s result. Since Paule Ka has come on board as our title partner, the team has shown such great potential, with two podiums in the past two WorldTour races. Performances such as these show that this squad of quite young riders has very exciting potential. What today demonstrates is that everyone in the team gets their chance, that we’re fighters, and that we deserve to be in the WorldTour. We raced aggressively today, and the weather conditions were favourable, because I really like riding in the rain. In terms of the key moves, Marlen put in a strong attack, and when she came back, I countered it.

Jip van den Bos and Lizzie Deignan followed. Eventually it was just me and Lizzie, and we worked really well together. I’m delighted about her win, although of course I would have liked to win myself! But I’m really happy with this second place. All in all, it was a great day out for the team, we worked well together and I’m really grateful to all the riders and staff for their efforts.”

Team Owner Thomas Campana reflected on the team’s impressive performance: “After a great success in the time trial at the European Championships yesterday, the team came together very well to produce yet another wonderful result. Today we made another step towards netting a WorldTour victory, and it’s only a matter of time until we achieve that. What the squad showed was a perfect example of what a team can do when everyone pulls together and focuses on a common goal.

In the end, we produced a very impressive second place as a result of this teamwork. Marlen in particular launched a well-timed attack, which Lizzy then countered, and was able to sustain until the finish line. Even more encouraging is that this unique team is improving every time they take to the start line of a race. This will become the team to watch in the future in terms of producing consistent quality in performance. I’m incredibly proud of what they demonstrated today.”