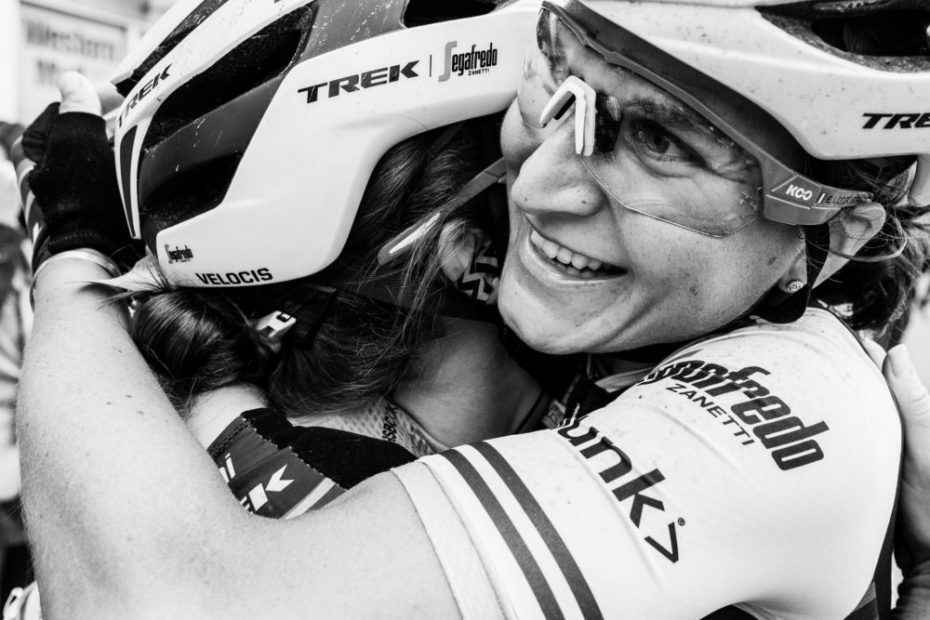 Elisa is displaying top form in the first races of the 2020 rescheduled season adding a third place in Durango-Durango Emakumeen Saria.

Elisa Longo Borghini powered to another podium placing with a third-place finish in Durango-Durango Emakumeen Saria, the last of the three one-day races in Northern Spain that kicked off the season restart for the women.

Longo Borghini topped her fourth place in Emakumeen Nafarroako Klasikoa Thursday with an aggressive performance and hard-fought second place in Clasica Femenina Navarra Friday showing she has brought plenty of motivation and good form into in the opening races of the rescheduled 2020 season.

“I am quite happy about today. Annemiek (van Vleuten) took the front from the very bottom of the final climb, and she went solo from there. Everyone who tried to follow actually blew up. The ones that took their own pace – like Anna Van der Breggen and me – survived, and Anna had a little fast pace than mine.

“I overtook Clara Koppenburg in the end and was able to outsprint her. I am very satisfied with my result.  The team worked very well again today and tried to get into breakaways, but it was too fast, and then they lead me out super well into the climb. I think that this season restart has been full-on and we have shown that we are ready for it.”

World Champion Van Vleuten took another solo win, sweeping all three of the Spanish opening races. Anna Van der Breggen (Boels-Dolmans ) finished in second, 18 seconds behind the World Champion, with Longo Borghini outsprinting Clara Koppenburg (Équipe Paule Ka) to round out the podium just over a minute in arrears.

The Trek-Segafredo women will next line up in  Strade Bianche on August 1st, the first big classic of the revamped season.