The biggest, most important stage race in the UCI Women’s World Tour, the Giro Rosa, starts this Friday in Grosseto and team Trek-Segafredo are lining up with a strong and motivated squad to fight for the overall victory.

This year’s edition of the Giro d’Italia Internazionale Femminile, affectionately known as the Giro Rosa, has been reduced to nine days and starts with a team time trial (TTT) on Friday, 11 September in Grosseto, Italy.

Stage 2 to Arcidosso will include quite a bit of climbing and a Cat-2 ascent, with a little over 10km to go, could prove decisive. Stages 3 and 4 are both hilly and should favor punchy riders who climb well. Breakaway specialists will be looking at stages 5 and 6, which present good opportunities for strong riders who will be down on the GC standing.

The final three stages of the Giro Rosa will be mountainous days and the final battling ground for the GC contenders. Stage 8 will feature the first summit finish of the race before the big showdown on the final stage in Motta Montecorvino on September 19, which will include four laps of a 27.5km circuit that features a 9km climb at 4.3% average gradient. 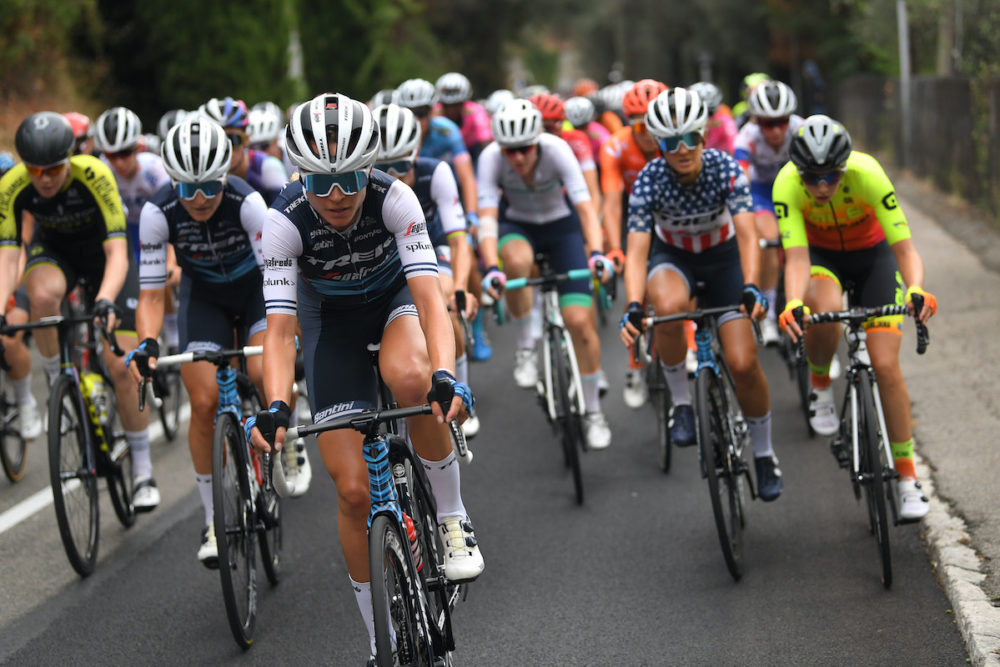 Italian Time Trial Champion Elisa Longo Borghini, came close to winning the race back in 2017 when she finished second on the general classification, and is hoping to go one place better in the 2020 edition of the famed Italian race. Winning the opening team time-trial would be the first step in achieving that ultimate goal.

“I think the team time trial will be very important for us. As a team we are very strong and I believe we can do very well there. Myself I’m in good form and in a happy mindset. I hope I can do well in some key stages. There are a few that suit my characteristics so I’d like to try to go for a result in those and afterwards see where that leaves me in the general classification. I will go day by day and go into this Giro Rosa with great optimism and dive into the race and enjoy every day,” says Longo Borghini

DS Ina-Yoko Teutenberg agrees the TTT is crucial for the GC aspirations and is optimistic on starting the race with a good result.

“I think Elisa is in good form and able to ride for the Giro Rosa GC. We’ll see how the tactics will play out, we also have Lizzie in good shape but Elisa is, for sure, our main GC rider. Our first big goal for this race is to try and win the TTT and after that we’ll take it day by day,” said Teutenberg.

“The TTT course is not on very technical and 16km is not that long of a distance so I believe there will be a few teams in contention. I think we really need to be 100% because, realistically, there is no margin for error if we want to win it. We haven’t won a Giro Rosa stage with this team yet and we’re super motivated to change that in the upcoming days.”

Supporting Longo Borghini in her quest to win the coveted maglia rosa is former World Champion and recent winner of La Course Lizzie Deignan. The experienced British rider is in great form and eager to take part in the Giro Rosa for the seventh time in her career.

I think we have a really strong team and I’m really excited to be a part of it. I’m here to support Elisa Longo Borghini. 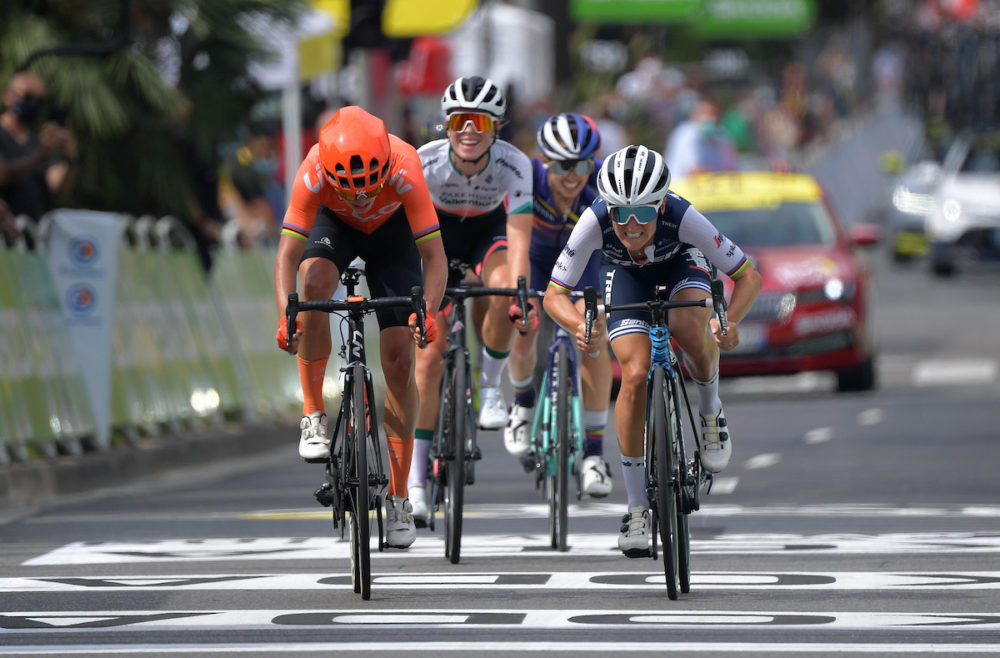 “I think we have a really strong team and I’m really excited to be a part of it. I’m here to support Elisa Longo Borghini. She’s in really good shape and this has been a goal of hers for a really long time so I’m looking forward to try to support her for the overall win. Of course, if there are opportunities for stage wins along the way I think the team would like to take those but I think the first and most important goal is to try and get that jersey on Elisa’s back. Personally, I’m looking forward to having nine hard days of racing. I think it will be the ideal preparation for the World Championships.” said Deignan.

US National Road Champion Ruth Winder, who took Trek-Segafredo’s first win of the 2020 season, will also line-up in Grosseto for what will be her fifth Giro Rosa, a race where she already had a stage win to her name. Recently-crowned French National Champion Audrey Cordon-Ragot has been in great form and also been called up for Giro Rosa, as has been the Dutch time trial powerhouse Ellen van Dijk. Completing the six-woman roster is American all-rounder Tayler Wiles.

Annemiek van Vleuten (Mitchelton-Scott) is the two-time defending champion but Teutenberg expects fierce competition from more riders other than the World Champion.

“Annemiek van Vleuten is not only the defending champion but also the World Champion and she’s the one to beat but the last classics have shown that she is beatable and we also have other strong contenders like Anna van der Breggen, who has won the Giro Rosa before. We’ll also have Kasia Niewiadoma and other riders who’ll have different tactics at play, so I expect a really exciting race,” said Teutenberg.

Despite being shortened by one stage the Giro Rosa is still, in this convoluted season, the longest and most notable women’s stage race in the calendar. With the cancellation of other key races, such as the Ladies Tour and Boels Ladies Tour due to the Covid-19 pandemic, Deignan saluted the fact that the Italian stage-race is going ahead.

“I think it’s really important the Giro Rosa is happening this year. It’s been a difficult year for everybody and it’s really important for us as athletes to have a big stage race. I think you miss it quite a bit in the legs if you don’t get one and for women’s cycling as a whole it’s important to showcase the best stage-race riders in the world. I believe it’s going to be a really interesting battle,” concluded Deignan.

Trek-Segafredo’s Roster for the Giro Rosa 2020: