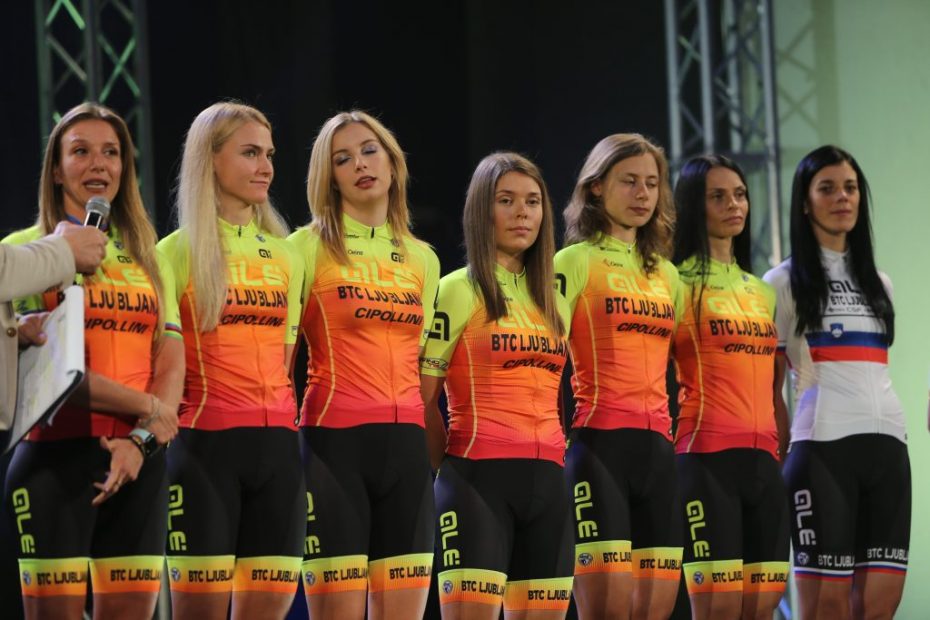 ​New appointment with the UCI Women’s World Tour today with the GP de Plouay, in Northern France, and fourth place for the Italian champion Marta Bastianelli.

The race was won by British and former World Champion Lizzie Deignan (Trek-Segafredo) who sprinted past breakaway companion and compatriot Lizzie Banks (Équipe Paule Ka). The two surprised their opponents with an attack in the last 30 kilometers of the race.

The Alé BTC Ljubljana showed off first with an attack attempt by the new two-time Spanish champion Mavi Garcia and then, in the final sprint for the third position, with the Italian Marta Bastianelli who finished second behind Chiara Consonni (Valcar) and then in fourth place overall.

The Slovenian sports director Gorazd Penko comments: “The rain made the course even more difficult than it was and there was a lot of downhill selection. The girls’ performance and Marta’s excellent fourth place show that we have a team on the same level as the other teams bigger than us and this makes us very happy. Marta, by her own admission, isn’t yet at the top, she is growing and this makes us look with confidence to the next appointments, already from the European Championships where the course will be a bit more suitable to her characteristics”.

The other sports director Fortunato Lacquaniti adds: “Mavi Garcia has tried to go on the attack also today. Then in the final we played the sprint with Marta Bastianelli for a place on the podium. We are satisfied. What’s more important is that the team continues its collection of positive results. The routes, the weather conditions and the riders change, but it is from 13 races that we always enter into the first four positions. We have a good group of athletes, they all play their part and despite this difficult year we are still there in front of every race to play it with the right mentality”.

Continuity of results that push Alé BTC Ljubljana to the second place of the UCI World Team Ranking and to look with great enthusiasm to the next important events, starting from the European Championships and La Course.