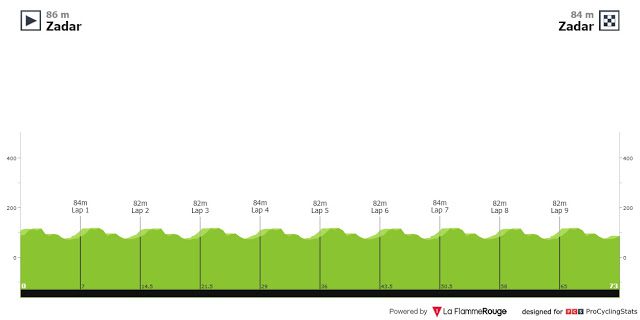 The Cogeas Mettler Look rider Mia Radotić was ranked second in the Croatian National Road Championship, the race with a total length of 72.3 kilometers was run around the city of Zadar on Sunday July 19, 2020.

Mia Radotić, who last Saturday won the individual time trial, made a great effort to get the route, but despite her will, she was overtaken by Fassa Bartolo rider Maja Perinović who set a time of 1: 55.30 at a average of 37.56 km / h. Natalija Bakula came in third place and completed the podium.