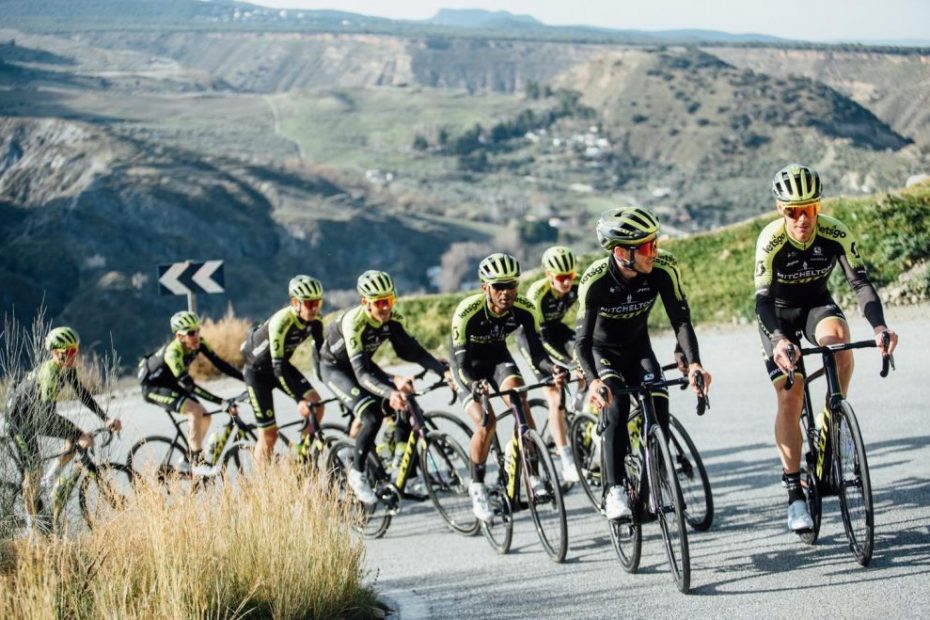 As preparations ramp up for the re-start of the 2020 season, Mitchelton-SCOTT has revealed its long lists and ambitions for the first two Grand Tours of the season, the Tour de France and Giro d’Italia.

When the Tour de France kicks off at the end of August, the Australian outfit will use its four stage victories last year as motivation as it chases more stage success in 2020.

Meanwhile, two-time 2019 Tour de France stage winner Simon Yates will save his efforts for a third-consecutive attempt at Giro d’Italia glory, opting to remain with his original plans for the 2020 season.

Tour de France (29 August – 20 September):
Mitchelton-SCOTT will return to the Tour de France after its most successful edition, spurred on by the four stage victories from Simon Yates (2), Daryl Impey and Matteo Trentin in 2019.

An aggressive style of racing, hunting more opportunities, will characterise Mitchelton-SCOTT’s selections and approach to the most popular race of the season.

Matt White – Head Sports Director:
“After the success of last year, we want to chase stage wins at the Tour de France. We rode an aggressive style of racing last year and we want to continue in that vein this year.

“We’re reconning certain stages now. The difference this year, starting in Southern France, is that it’s a tough first week climbing-wise and it’s not just for the sprinters. I still think it’ll be hard for breaks to succeed in that first week but by the time we exit the Pyrenees on stage 10, that’s where it’ll be more aggressive and there’ll be more chances for breakaways to go to the line because you’ll have your first selection in the GC sorted.

“The stacked GC field can affect stage opportunities, but it can also create opportunities. It’s no secret the strongest squads are Team Ineos and Lotto-Jumbo but once the GC is stabilised, there’ll still be opportunities because no one wants to control the Tour de France for 20 days; you just have to pick the right moments.

“In general, we know the guys have been training well in this period so we know more or less where they are at, but now they need to convert that training into race condition with a limited race program. It will be the equivalent of starting back racing after a major injury, with the lockdown period and different mental challenges that had to be dealt with.

“I am happy with where the guys are at currently but we will make our final selection decisions based on how guys adapt back to competition.”

Giro d’Italia (3 – 25 October):
A general classification victory, courtesy of Simon Yates, will be the aim for Mitchelton-SCOTT at the Giro d’Italia in October.

For Yates, who wore the Maglia Rosa for 13days in 2018 before settling for eighth overall in 2019, the Italian Grand Tour still ignites a fire within. Mitchelton-SCOTT will select the strongest team to support these ambitions for the second Grand Tour of the season.

Matt White – Head Sports Director:
“The focus for us at the Giro d’Italia will be to support Simon Yates as best as possible, to help him achieve the optimal result we can as a team and ultimately try to win the race.

“For me, the Giro d’Italia is the most physically demanding Grand Tour, so having a strong team around you certainly makes a difference.  The team we will send will be a deep one and I’m confident Simon will have great support across all facets of racing.

“There will be only a few riders who will double up with the TDF/Giro combo this year and there certainly won’t be any GC riders at both. This will have an impact on the make-up of the field on the start line in Sicily.

“I am also very curious to see how the weather affects the race. In the normal May timeslot the threat of average weather is always lingering, especially in the high mountains, but we could see less erratic conditions in October.

“The extra month will also give riders a chance to do more racing coming in, so it will mirror a more traditional Grand Tour build up.”