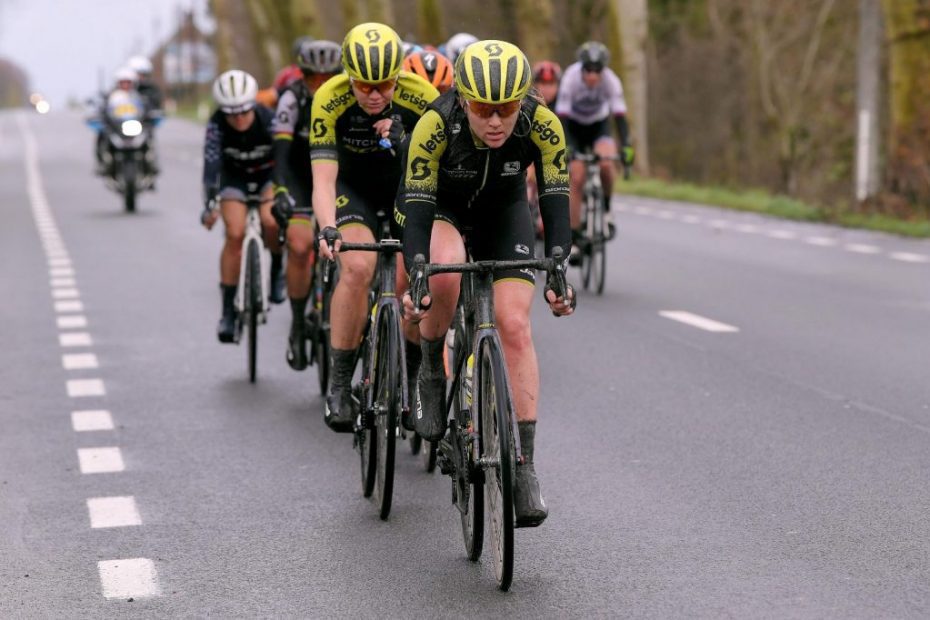 Mitchelton-SCOTT women are looking to continue their successful run of results at next week’s GP de Plouay Lorient Agglo, the third women’s WorldTour race of the 2020 season, bringing a solid six-rider squad that includes Australians Sarah Roy, Gracie Elvin and Grace Brown, who make their return to racing after spending the lockdown months in Australia.

World champion Annemiek van Vleuten’s unbeaten run of wins in the rainbow jersey came to an end yesteday as she had to settle for the silver medal at the Dutch championships. However, with five consecutive wins already to her name this 2020 season, the 37-year-old has proven her top shape and with a strong team around her, at what looks to be a fairly unpredictable edition of the race, the Mitchelton-SCOTT squad are ready to maximise their opportunities.

Australian rider Jess Allen and New Zelander Georgia Williams round out the six-rider squad, having already tested their legs in Strade Bianche earlier in the month.

The Course
The one-day race has a slightly modified course for 2020 with the riders covering an opening 60km loop before return to the start line for four local laps of a 13.6km hilly circuit around Plouay. The traditional final,narrow and steep climb has been taken out, making it a new and interesting course finale. The relentless rolling terrain amounts to a total of 1570m of elevation gain in just a short 100km of racing.

History
The team has enjoyed a few trips to the podium in the past with Sarah Roy taking the bunch sprint for third place in 2017. The first podium finish came in the team’s debut season when former rider Tiffany Cromwell claimed second place in 2012.Emma Johansson then repeated that result the following year and again in 2015, however the Australian outfit is yet to taste victory in the event. Van Vleuten has previously won the even back in 2011 whilst riding for a different team.

Sarah Roy
“I’m really thankful that racing has returned and that I have the chance to line-up again. During the time without racing I returned to Australia and was able to work closely with my coach. It was a great chance to focus on things we otherwise wouldn’t have the space for and as a result I’m feeling stronger than I’ve ever been.

“Racing in Plouay this year will be different to previous editions. The course has changed slightly and seems less technical now. I think it will be a race of attrition with riders constantly aiming to get away and out of sight within the winding circuit.

“We have a strong line-up headed to Plouay. I am not the only one who has been working hard during the break, and one of our strengths is that we are able to easily snap back into an efficient and cohesive group despite being apart for so long. I’m really looking forward to seeing what we can do there together.”

Annemiek van Vleuten
“I have good form, so I really look forward to race in Plouay and I am super happy to be able to see the rest of the team and catch up with them, now we are complete.

“Plouay is not my ideal course, it is not really hard enough. Before, when I won in 2011 it was a little bit harder so I am a little bit sad about that, that they took some climbs out, but still I have the opportunity and I think also the other girls can profit from the type of race of it is.

“I think it is a typical race where people will watch me so I will also be very happy if I can set it up for other girls in the team.”

Alejandro Gonzales – Sport Director
“Plouay is a course to take opportunities because you don’t really know when or where moves will happen, this year they changed the route a little bit too so it will be different coming into the finish.

“Annemiek is obviously in good form and on a winning way but I think Plouay is quite an open course and it is hard to go with just one solo leader, she will have her opportunity and chance but also the other girls.

“We’ve got three of the Australian riders returning to racing. I think all the girls are in good shape, they all had good training during lockdown in Australian and Roy and Brown were just training together in Switzerland and I think they are looking good and looking forward to getting back into racing and taking opportunities.”