Nina Buijsman was inches away from victory on stage 2 of the Vuelta a Burgos Feminas as she sprinted to her first Women’s WorldTour podium at the end of an epic day in the breakaway.

Having scored a maximum of 12 QOM points over the Alto de Amaya and Puerto de Humada QOM climbs, the 24-year-old took to the podium in Aguilar de Campoo to collect the day’s combativity prize.

“It’s really nice and special to have a podium now,” she said afterwards. “Especially for the team. We really needed something like this.”

Buijsman was an integral part of a seven-rider breakaway that at one point had an advantage of well over six minutes with only one of the riders within striking distance of the overall lead. Twenty kilometres from the finish, it looked sure to make it the distance but the peloton began to charge in order to catch said GC rider, Jennifer Ducuara (Colombia Tierra de Atletas – GW – Shimano). 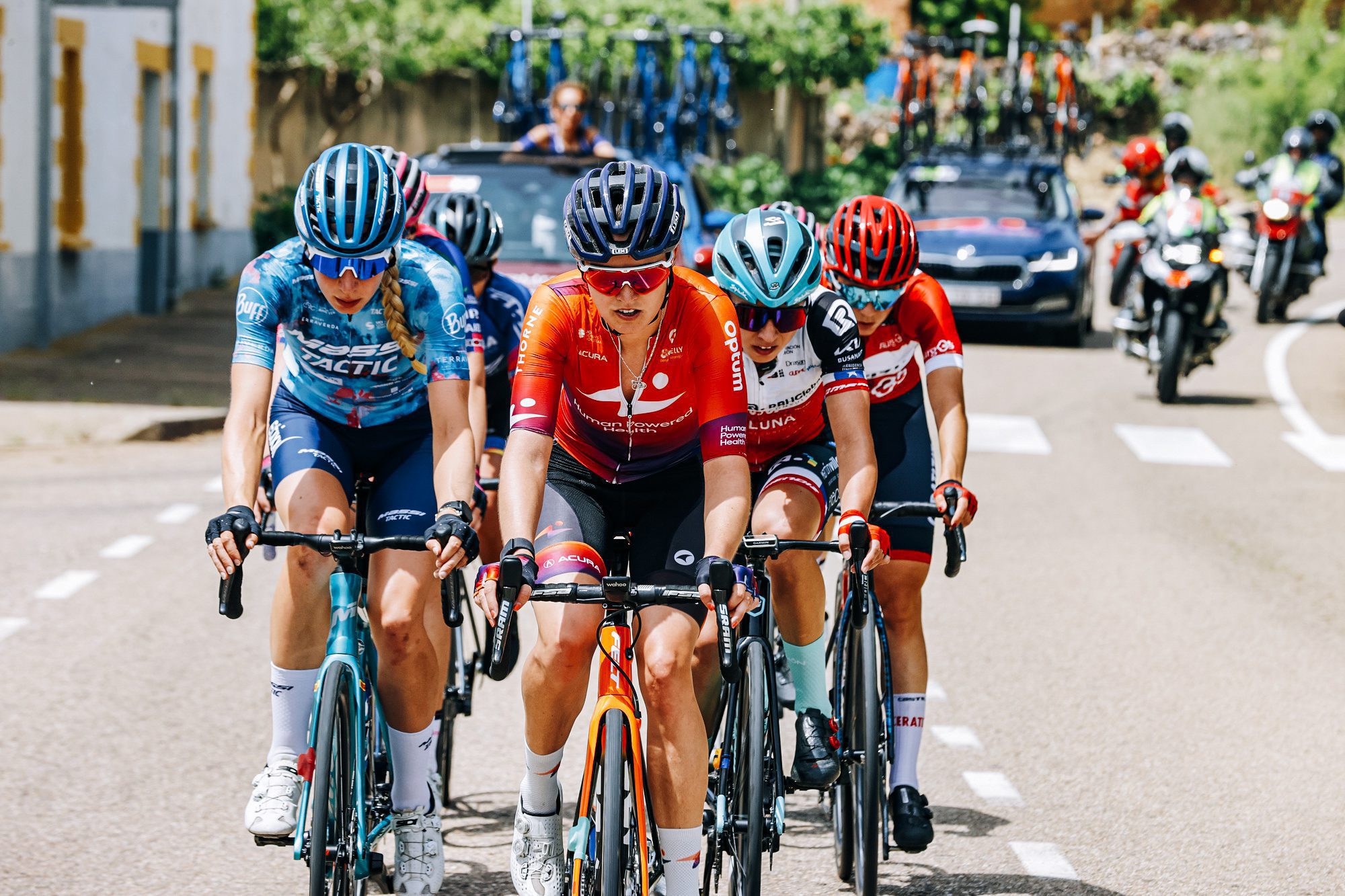 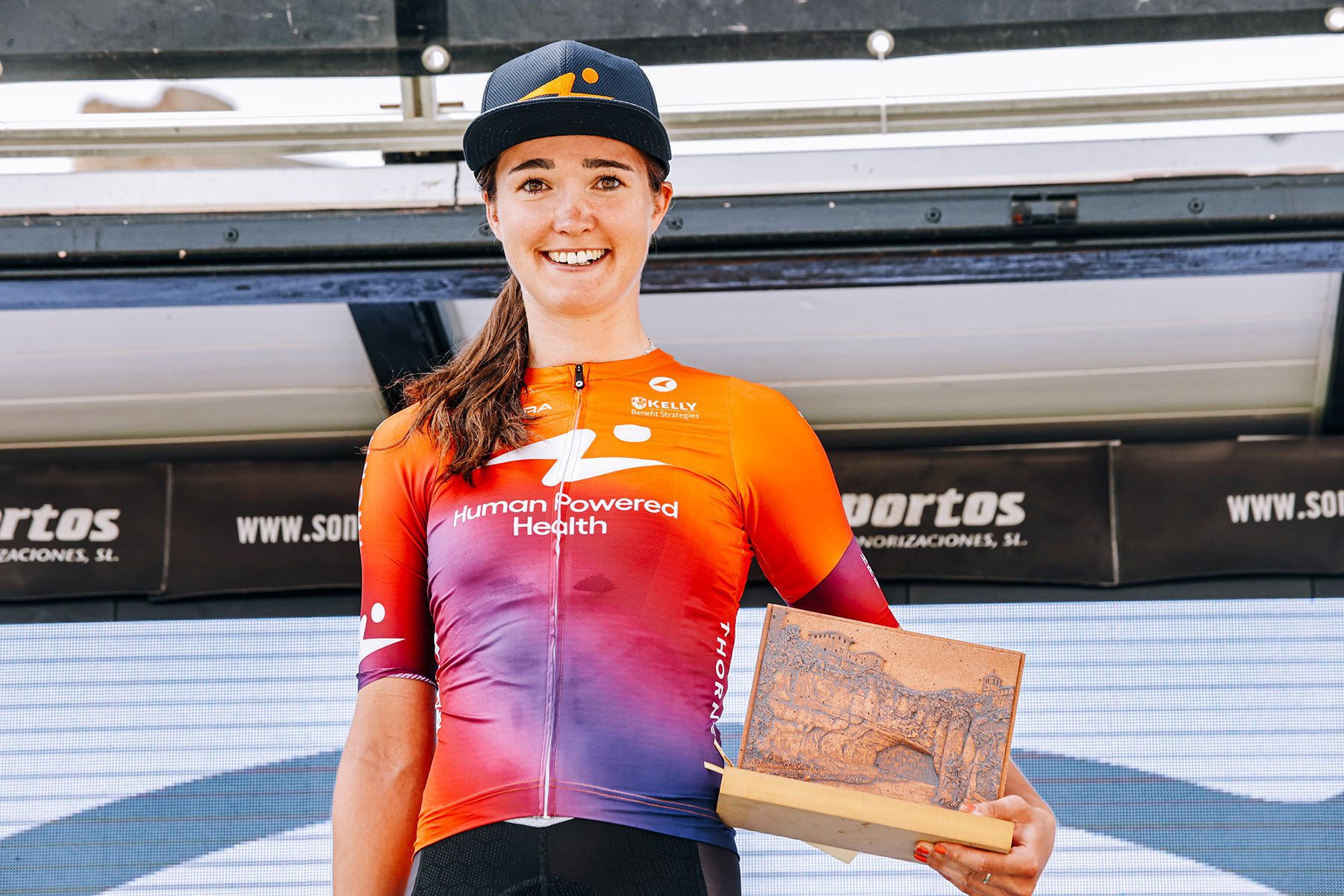 A thrilling cat and mouse chase then followed with the advantage being slashed with every passing mile until the peloton was within eyeshot of the group.

“I knew that it was getting closer really fast so I become a bit nervous,” Buijsman said. “I tried to motivate the girls [in the breakaway] to keep pushing because with the headwind we needed to make it to the finish line.”

The breakaway had done just enough to resist them and on the final straight, stage winner Matilde Vitillo (Bepink) launched her sprint with Buijsman in hot pursuit. The Dutch puncheur had quicker legs but couldn’t quite overhaul the Italian, missing out on the top step by mere inches on the line.

With the naked eye alone not being enough to split Buijsman and Vitillo, the Dutch rider had an agonising wait to see the results of the photo finish.

“I was thinking that I won so I was really really happy and couldn’t believe it. I also had some tears of happiness because this year I have a lot of things and almost all races did not go how I want it, because I know I can do more.”

Speaking after the stage, women’s team director Joanne Kiesanowski said, “I’m so proud of the girls for believing that we could have a winning breakaway today.

“Heartbreaking, of course, to come so close as the race radio even said she won, but still, a second-place finish in a WorldTour race is huge for us in our first year at this level with a very young team who we are building and growing for the future,” Kiesanowski added.

As well as photo finishes and impassioned pelotons, the stifling weather in the Burgos region has also been an opponent for the Human Powered Health team to contend with. The opening stages did not dip under 86-degrees so hydration has become just as important a racing factor as tactics.

“It’s so different with the heat because you can’t push as much power,” Buijsman explained. “Especially when I first arrived here in Spain for the first races, I had a lot of trouble with it because I was so not used to it but now I’m a bit more acclimated.” 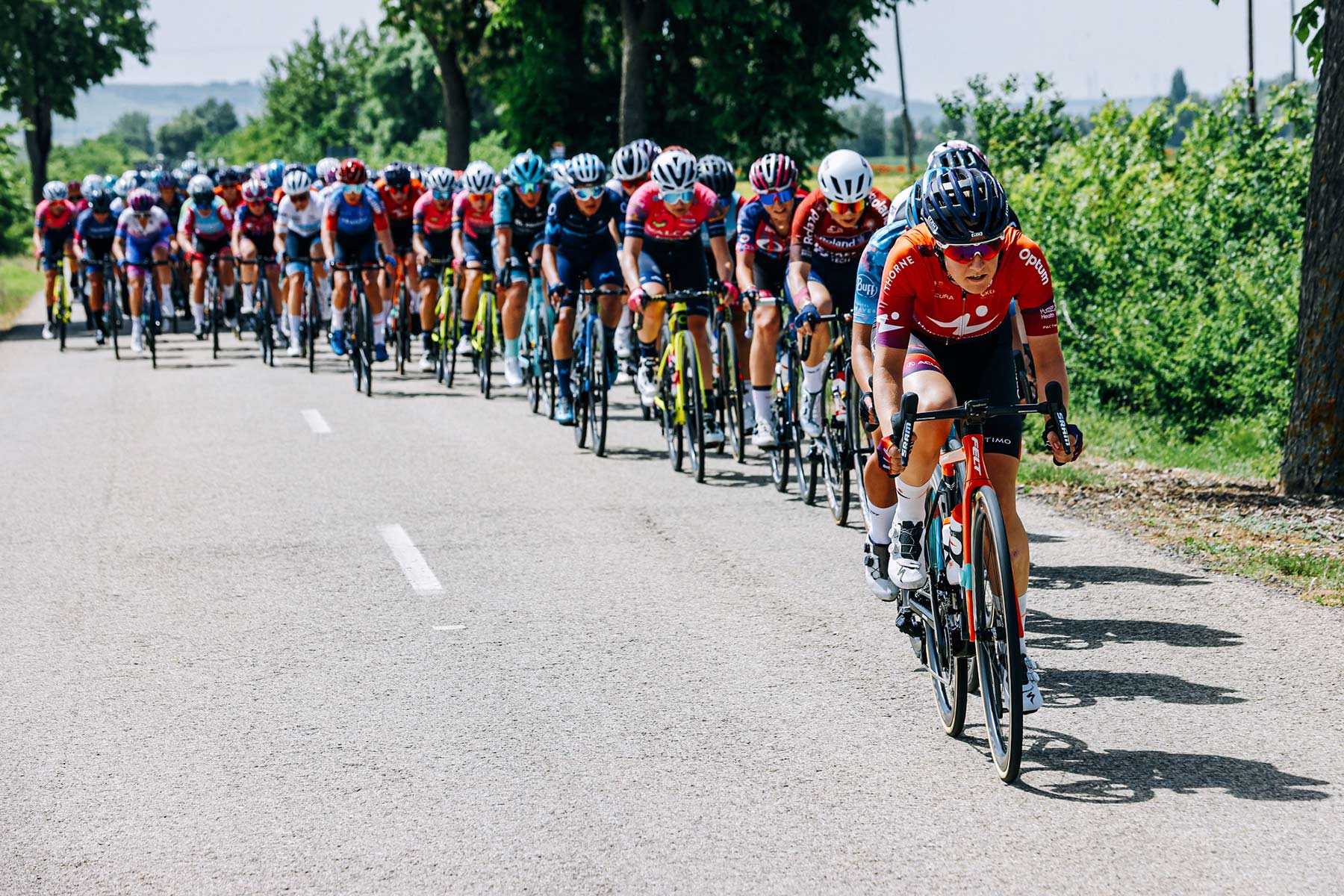 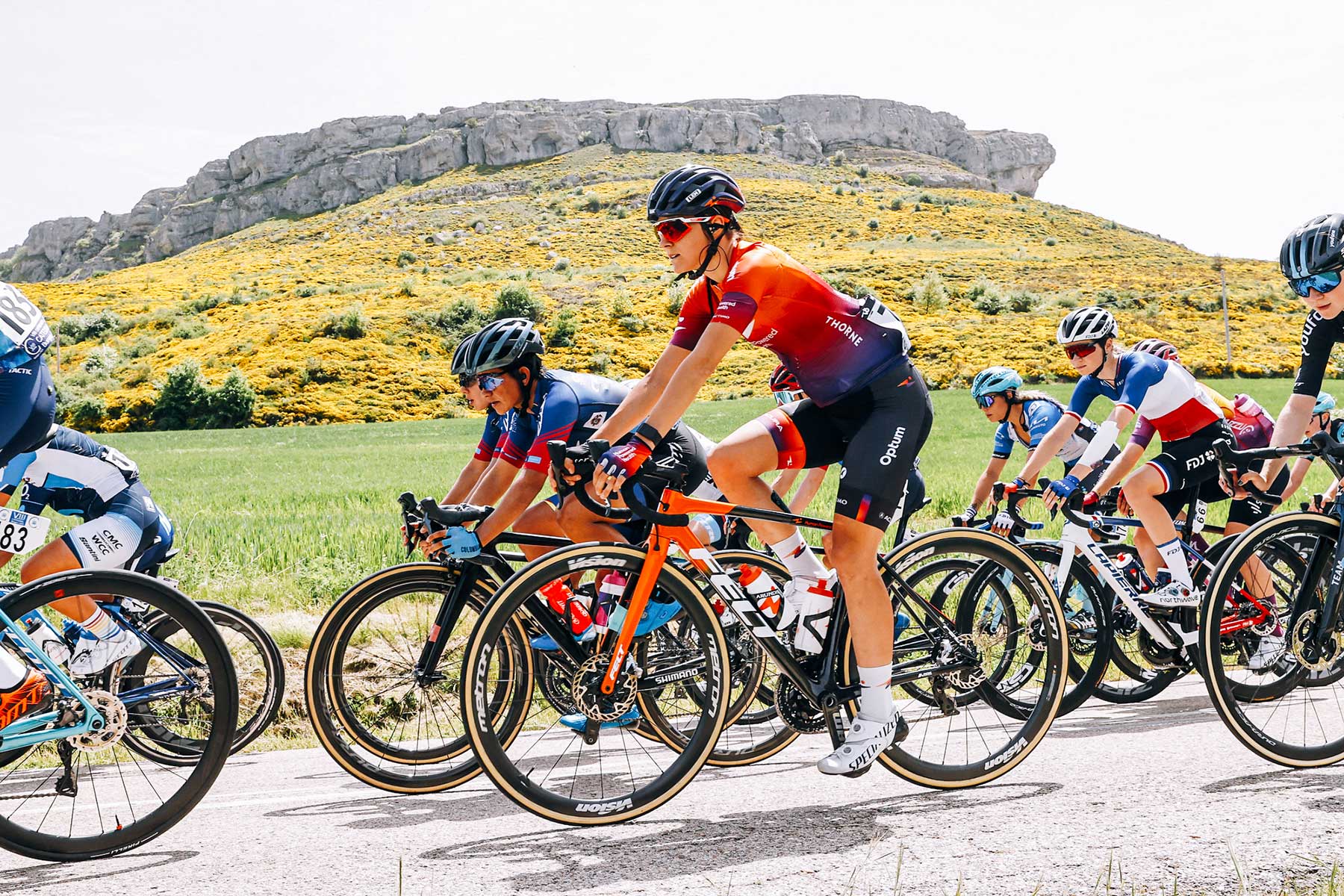 Barbara Malcotti will be a protected rider this weekend.

She went on to describe how she combats the blazing heat.

“I always start with an ice sock and today and yesterday also have one halfway through the race. I also put cold water against me to cool down and drink a lot, already before the start.”

Earlier in the day, Mieke Kröger put her European-touring legs to good use by forcing the early break before the second counter-attack.

The Vuelta a Burgos Feminas continues through the weekend with the hilly courses leading to the races only mountain top finish on May 22. Tune in to FloBikes from 7:30 am CT each morning to catch the action live.