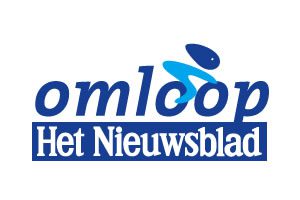 Omloop Het Nieuwsblad is the start of the Spring Classics season. Whilst not a classic in itself, it’s the first race that will lead to the likes of Paris Roubaix and Liege Bastogne Liege. Omloop Het Nieuwsblad contains a few of the same cobbled climbs (hellingen) that are also in E3 Harelbeke and Tour of Flanders.

The repeated efforts up short, steep, bumpy climbs like these are designed to test the legs for strength of any contender. The race suits the puncheur type rider, capable of strong bursts of power and a reasonable sprint at the end too. The lightweight climbers get bounced out on the climbs and the pure sprinters struggle to climb all the hills at the top end pace. The race last year ended in a sprint between Greg Van Avermaet, Tiesij Benoot, Luke Rowe and Peter Sagan. With van Avermaet taking the win, just ahead of Sagan.

Omloop is the first of a double header of a weekend along with Kuurne Brussels Kuurne, which is previewed here.

World Champion Peter Sagan is the obvious favourite for this and most of the other Spring races he’s entered for. Last year’s winner Greg van Avermaet is returning for BMC to defend his title. The European part of Tom Boonen‘s farewell year begins. He’s surprisingly never won Omloop Het Nieuwsblad so will be looking to make the most of his last chance. The Team Sky double threat of Luke Rowe and Ian Stannard will be contenders. Rowe in particular will be looking to improve on his 4th from last year.

Perennial threat Lars Boom will be a contender. So will 2016 Kuurne-Brussels-Kuurne winner Jasper Stuyven. Whether he races hard in Omloop or works to retain his KBK title the day after remains to be seen. Eternal top 10 finisher Sep Vanmarcke should get himself in the mix towards the end as usual.

Trek’s Edward Theuns should be up there. He finished 8th last year and should be more comfortable in his second year at WorldTour level. Britain’s Daniel McLay has managed lots of top-10s in the last year, including at the Tour de France. This may be a chance for the breakthrough result. Jens Keukeleire will get the focus from Orica, he got a 5th at Dwaars Door last year, but blows hot and cold. Stijn Vandenbergh has a chance now he’s team leader at AG2R, he finished 2nd here in 2013.

Cofidis’ Dimitri Claeys came 12th last year and is the team leader. With a team behind him he can look to break into the top-10. New team Aqua Blue Sport have Adam Blythe, he is in good form with 5 top-20 finishes at WorldTour level this year.