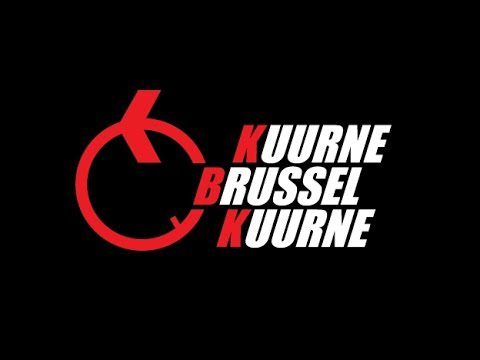 Kuurne Brussels Kuurne (or KBK) is the second race of the opening weekend of the Spring Classics season. Taking place not far from Omloop Het Nieuwsblad the previous day, the race covers similar ground to E3 Harelbeke. That race starting and finishing around 5km away from Kuurne.

Many of the riders will be racing both Omloop het Nieuwsblad and Kuurne Brussels Kuurne on the same weekend, but no-one has ever won both in the same year. KBK in modern times is often won by a sprinter or puncheur. Giving them a rare change of glory in Belgium in this time of year (at least until Scheldeprijs).

Mark Cavendish has won twice in the last 5 years, Tom Boonen 3 times in his career. Last year’s race was rare in that it didn’t come down to a bunch sprint. With Jasper Stuyven managing to solo away for the win.

Famously the race was cancelled in 2013 due to snow. It also happened in 1993 and 1989, an unfortunate peril to hosting a race this early in the year!

As this race favours the sprinters rather than the usual classics specialists. Which means we get to suggest a few different names than we’ll see for awhile! Firstly there’s Alexander Kristoff, he finished 2nd here last year and always performs well early in the season. Particularly in non-WorldTour races. Last year’s Milan San Remo winner, Arnaud Demare will be leading the FDJ team. As an out and out sprinter he will be looking to make his mark and improve on his 11th from last year. Nacer Bouhanni seems to relish his rivalry with Demare and would like another spot on the podium. Following the French theme, Direct-Energie’s Bryan Coquard should be highly placed.

You can’t ignore last year’s winner Jasper Stuyven, although he probably won’t place as highly in an out and out bunch sprint. The big two of Peter Sagan and 3 time winner Tom Boonen, definitely can’t be ignored at this time of year. Sagan would like to add this race to his already extensive palmares and Tom Boonen will be wanting to win every race in his final year.

I mentioned him on the Omloop Het Nieuwsblad preview, but Daniel McLay has the potential to get a top-10 for Fortuneo – Vital Concept. He has been in fine form in the last year and just requires some luck to place very highly. Failing that, the team will rely on Maxime Daniel.

Also on the Omloop preview was Orica’s Jens Keukeleire, who is erratic at best in his final positions. He often goes missing but is capable of a top-5 here. I’m a fan of Sport Vlaanderen’s Preben Van Hecke, he doesn’t have too many spectacular results in recent times, but was Belgian champion in 2015.

Niccolo Bonifazio could do well, it would take a Stuyven-esque solo lunge for him to win, but he should be more than capable of a top-10. Verandas Willems-Crelan sprinter Aidis Kruopis hoovers up good results at lower levels but is missing the higher level success. Arguably he could get a result here, but it’s a long shot.

Finally Roompot’s Jesper Asselman will be looking to build on a recent 8th place at the Herald Sun Tour, although the conditions in Belgium won’t quite be as nice as in Australia.