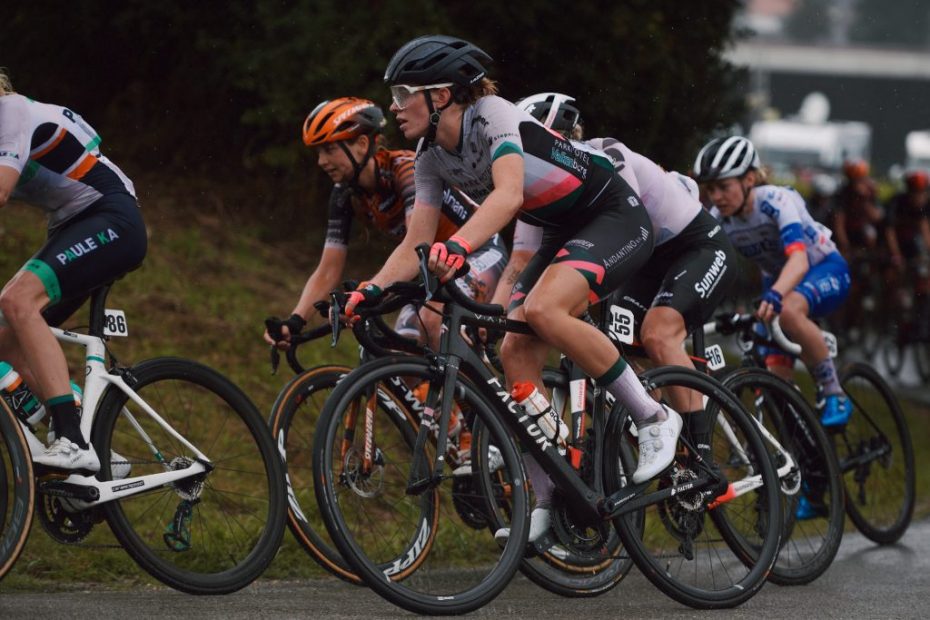 After a strong performance, Demi Vollering finished 22nd as her chasing group was eventually caught by the peloton. A two-rider breakaway was able to stay away with Lizzie Deignan taking the win.

It was a grey and rainy 19th edition of GP de Plouay. The pace was high from the start but because of the grim weather, the bunch remained all together with Anouska Koster and Demi Vollering well present in the front. With two laps on the finishing circuit to go, Lizzy Banks and Deignan went ahead. Demi Vollering was right on to it when the chase was started in and found herself in the first group of ten.

‘’Because they changed the course, the race was less difficult and it was easier for the peloton to stay together. I was riding with my lessons from the nationals in the back of my mind and I was racing much more consciously, so that I ended up in the first group of chasers. Unfortunately, we couldn’t stay away and catch up with the two leaders. Too bad that I got locked up in the final sprint.’’ – Demi Vollering

Despite their efforts there was no real cohesion in the chasing group and the two leaders were able to hold them off. In the final kilometres the peloton was able to catch up with the chasers resulting in a bunch sprint for the final podium spot. After a hard-fought race Demi was the first for Team Parkhotel Valkenburg to cross the finish line followed by Anouska Koster, Nina Buijsman and Nancy van der Burg.