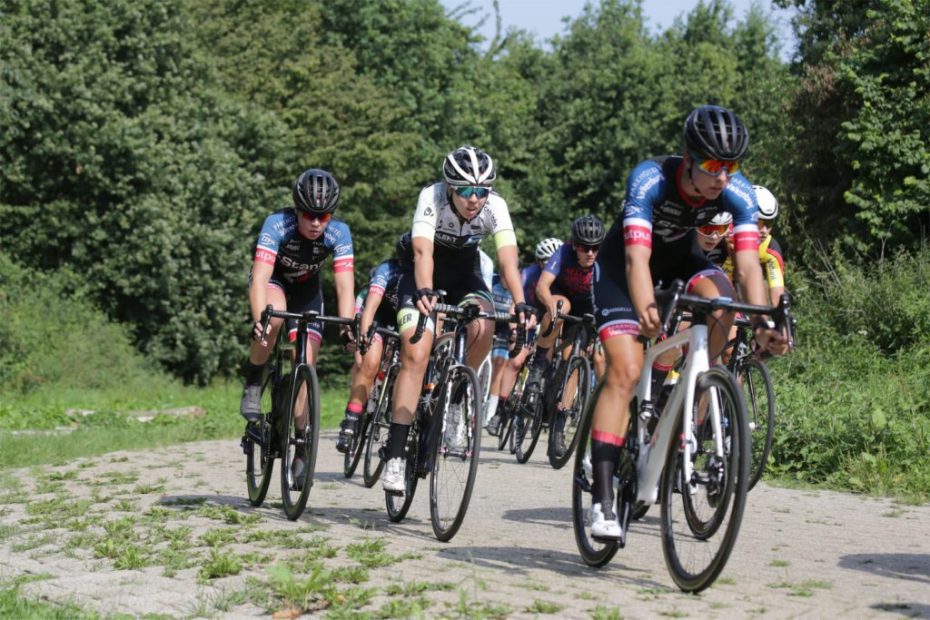 The second game of the Club Competition was held on Saturday in Honselersdijk on the club course of Westland Wil Vooruit. In the smaller Corona-proof variant of the Club competition, this time a large field of 80 riders competed for the win.

From the start, the gas tap immediately opened a full container. A large part of the peloton was left behind, after which the peace returned somewhat. This was followed by strong attacks from, among others, Carola van der Wetering, who as a freshman junior more than held up well among the Elite riders.

Despite many dangerous attacks, the race would end in a sprint. You would think this would be ideal for the Australian Elizabeth Nuspan, but she got involved in a crash late in the game. However, the jump quickly back on the bike, still managed to finish the course.

Without the good opportunity to set up a sprint train, the team captain Myrthe Willemsen got up and managed to help the team to a good result. For example, Talent Cycling maintained its second place in the team classification.

On Saturday there was also a race in Gouda by the newcomers, where they raced together with the boys. Here it was Zoë van Velzen who managed to make it difficult for the boys and eventually convincingly won the ladies’ competition. Roos van den Berg finished fourth.

The next day it was Lisa van Belle, Norah Minck and Freja Smith who showed the shirt of Talent Cycling more than good in Assen. Driving in a peloton with boys they managed to put the competition behind in rounds. Lisa won the race, Norah finished third and Freja finished fourth.