Ruth Winder makes it two in a row for Trek-Segafredo

Trek-Segafredo is putting its stamp on Tour Féminin l’Ardèche with Ruth Winder claiming their 2nd victory in as many days with a solo win atop Mont Lozère in Stage 4.

One day after Chloe Hosking sprinted to victory, Ruth Winder joined the day’s breakaway – not an easy feat after she had to chase down the four leaders who had over two minutes’ advantage – and eventually rode away from them on the penultimate climb to claim a hard-earned win. 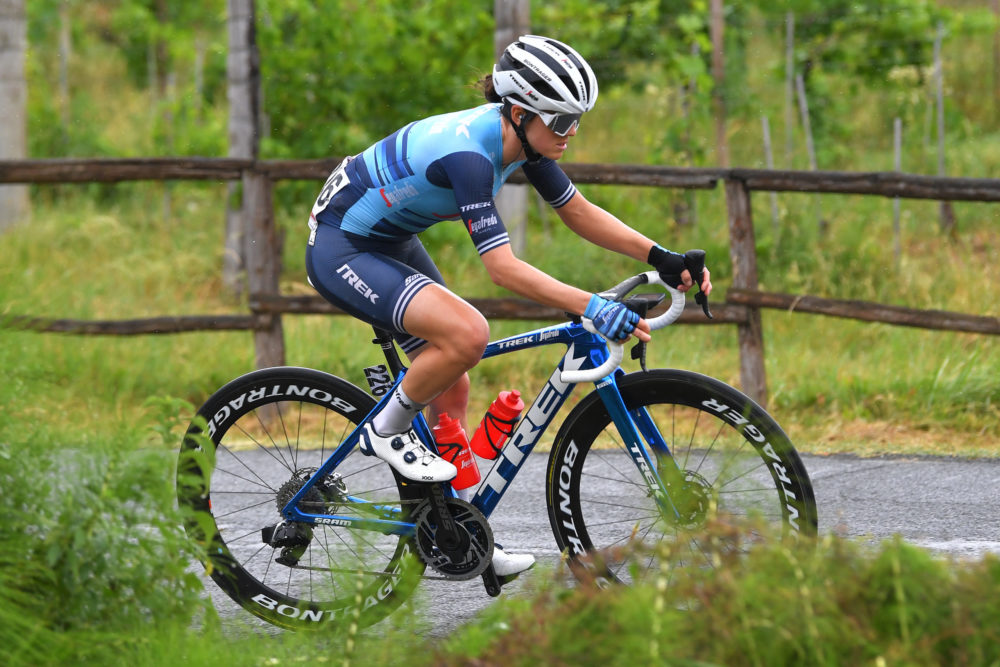 “There was a small breakaway and Lucy Kennedy was going on a climb and Movistar started to chase her but not full-gas, and when they slowed, I bridged across to Lucy and the two of us made it to the breakaway,” explained Winder.

“Into the finale with 20kms to go we had a hard climb, and I attacked the breakaway at the bottom and was solo to the finish,” she continued.  “It worked out that I was strong enough to keep the lead. The Team is doing well here and it’s been fun – it’s also fun to win especially after winning yesterday in the sprint with Chloe.”

Leah Thomas (Movistar) finished 2nd on the stage and remains in the race lead. Lizzie Deignan finished nine seconds later and although she dropped a few rungs in the classification to 7th is only 18 seconds behind with two more big climbing stages remaining.

Trek-Segafredo also moved into the lead in the Teams classification over Liv Racing.