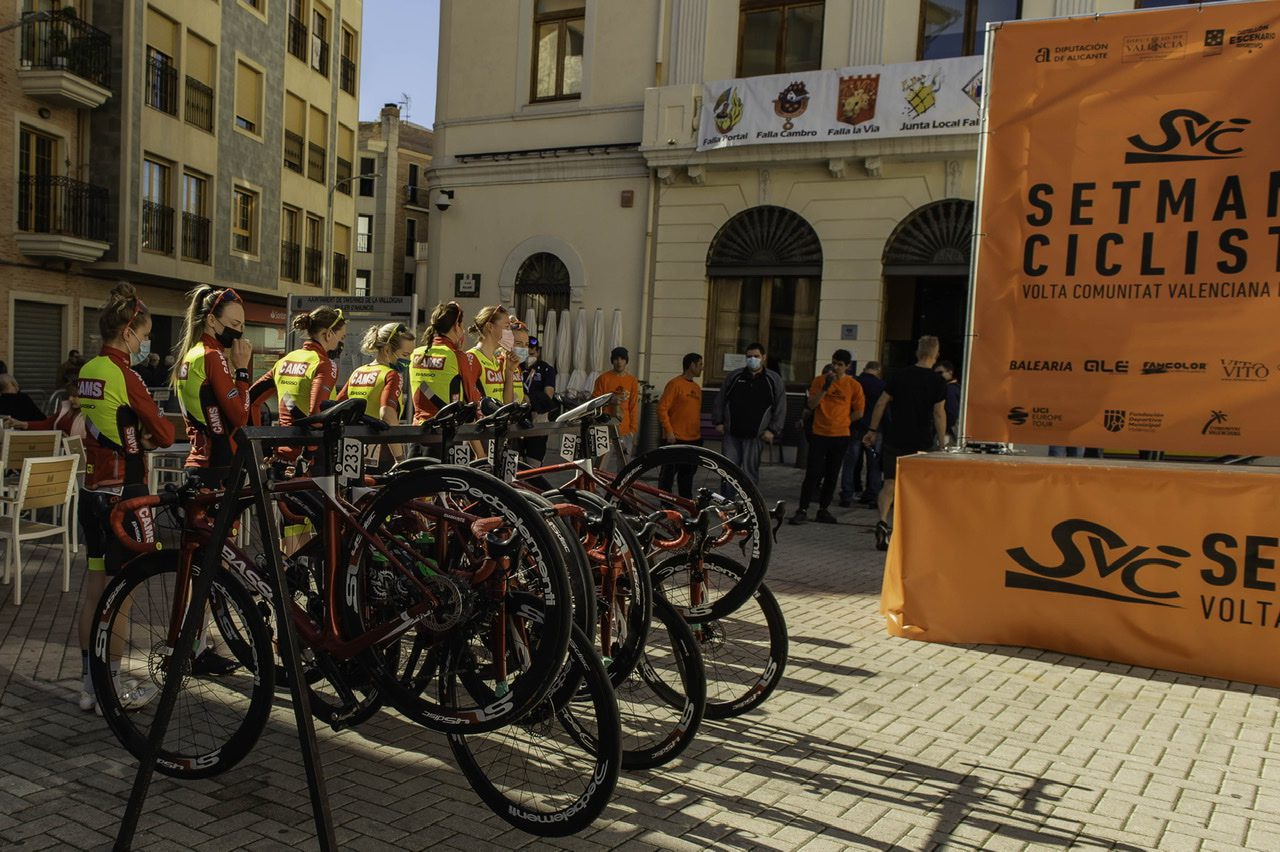 After a successful training camp, CAMS-Basso came into this year’s Setmana Ciclista Valenciana on a high. Lining up in a world class field for the sixth edition of the race the excitement and nerves amongst the team was palpable. From our recon of stage one, we knew the second half of the course was going to be grippy, and a sprint finish was likely. We were ready to get stuck in.

The team sat comfortably in the peloton during the fast, relatively flat start. A few early attacks came but nothing stuck for long until the first QOM. Erica Magnaldi from UAE Team ADQ injected some pace to get maximum points in the categorised climb of Alto de Serra Grossa, and then kept pushing on the descent to break clear of the bunch. Her lead extended to over two minutes at one point before the fireworks began on the final climb of the day. 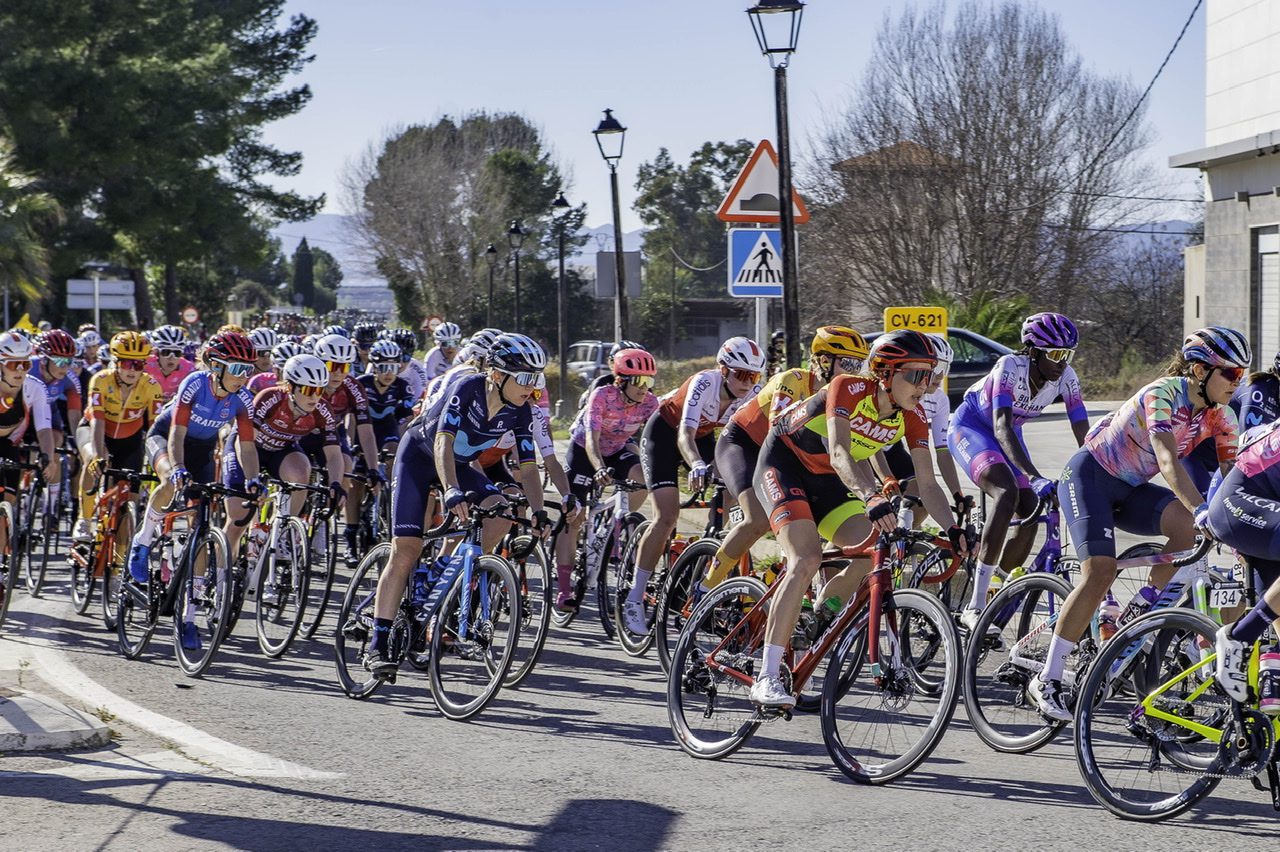 Over the top of Alto de Barx, a cat 2 climb, the peloton was really strung out, with last year’s winner Annemiek van Vleuten of Movistar forcing a split to try to avoid a bunch sprint at the finish. The heat and toughness of the stage started to take its toll on our riders and we were unable to stick with the pace of the small chasing group, led by current World Time Trial Champion, Ellen van Dijk of Trek Segafredo. Van Dijk helped bring the race back together for a bunch sprint which was won by her teammate and World Champion, Elisa Balsamo.

Team Manager, Simon Howes commented, “It’s been a really tough day today. The temperatures were high, making for an even harder stage. We had three riders finish in the main bunch and two more a few minutes further down in the ‘autobus’. We knew it was going to be a tough race with the best racers in the world in the field, and today’s speed on the climbs really showed the ability of the world tour riders.”