Stannard takes his chance at Gran Piemonte for eighth place 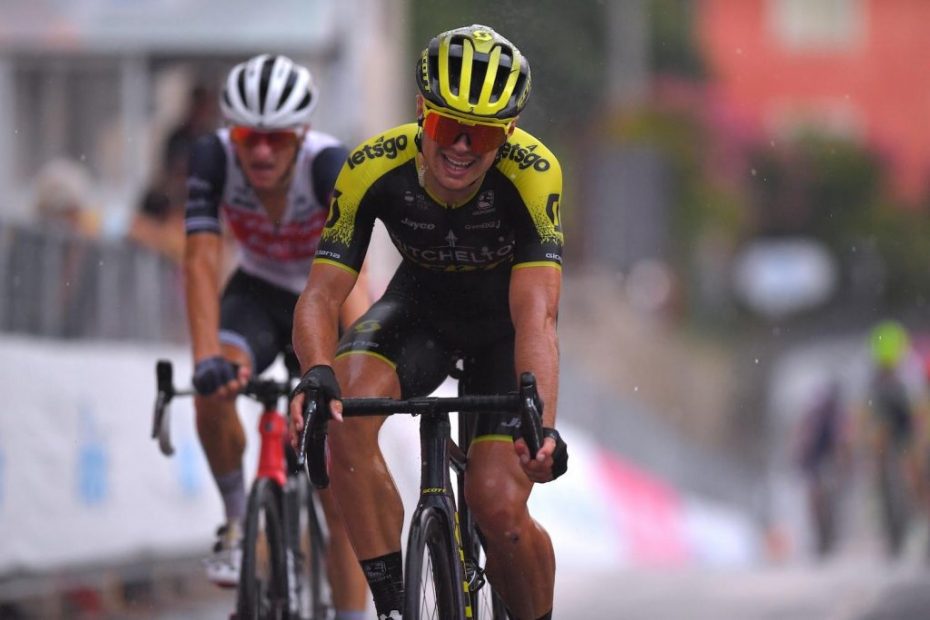 Australian Rob Stannard put in an impressive ride on his way to a top-10 finish at a punishing edition of the Gran Piemonte.

The 21-year-old was in the mix in an attacking finale after the team had lost Australian champion Cameron Meyer and Kiwi Dion Smith to a crash, with Stannard stepping up to grab eighth.

Scotson Breaks Away
There was a big battle to make into the early breakaway and Australian Callum Scotson was amongst the four rider move that eventually snapped the elastic and forged clear of the peloton. The bunch then knocked off the pace, allowing Scotson and company a maximum advantage of more than seven minutes.

Disaster then struck Scotson when the 24-year-old was struck down by cramp, forcing him to stop at the side of the road with 50kilometres to go. That left three riders out front and their advantage soon began to tumble as the bunch upped the pace behind.

A lull in the peloton caused a reaction in the bunch with veteran Michael Albasini keen to animate the race as several riders pushed the pace. No attacks stuck, but the action reduced the gap to the breakaway down to one minute.

Plan B
The bad luck then continued for Mitchelton-SCOTT as Meyer and Smith were caught up in a crash with 20km to go. However, despite losing key men, Albasini and Stannard ploughed on towards the head of the reduced peloton.

As the breakaway was eventually mopped up with nine kilometres to go, Stannard was poised and ready. The attacks soon followed as George Bennett (Team Jumbo-Visma) launched his move, but Stannard was quick to react and gave chase.

However, the youngster couldn’t go with the Kiwi climber’s acceleration and instead formed part of a select chase group behind. That group then swelled in number, but there was no chance of catching Bennett who soloed to victory, while Stannard sprinted eighth place from the chasing pack.

“I felt great in the final part of the race, I couldn’t follow Bennett, but I went over the top in the chase group of six. I saved as much energy as I could in the run in to the last climb just following wheels.

“I could see it was an uncomfortable day for everyone in the heat, but I started to feel better later on as the temperature dropped. I’m really pleased with the sensations on the final climbs, being able to stay with some of the top climbers gives me a lot of confidence.”

Gene Bates (Sports Director):
“We were keen to have someone in the break, if it had been a big break we would have tried to get a couple of guys in there. But in the end the teams of the favourites were pretty keen to keep the breakaway relatively small.

“But it was still good to have Callum in there. Had he not cramped it would have given us another person in the final to help Rob. But nevertheless, it was a good race back for Callum and despite the cramps forcing him out of the breakaway, I think he’s got a bit of confidence in his form for the upcoming races.

“In a final like that there’s not a great deal you can do if you don’t have good legs and we knew it was all about positioning Rob into that final climb before the finish. In the end Rob had a fantastic ride, he set himself up really well, he was just unlucky to miss the move of Bennett.

“But it’s a fantastic result for Rob, a real confidence booster for him, particularly as a young guy up against some big names at the end there.”