The Rally Cycling women are making their final preparations for the Tour of Flanders on Sunday, a fitting finale to what has been a unique and memorable season. One of cycling’s Monuments, the Tour of Flanders is characterized by cobbles and bergs, not to mention incredibly aggressive racing right from kilometer zero.

Also known as the Ronde van Vlaanderen, the race leaves Oudenaarde and winds through the East Flandrian countryside for 50 km before arriving at a sequence of short and sharp climbs that make the race the spectacle it is. The infamous and decisive duo of the Oude Kwaremont and Paterberg mark the end of the day’s climbing before the 13km stretch to the finish line back in Oudenaarde. At 135.6 km it’s a shorter course than last year, but that should only elevate the day’s excitement. 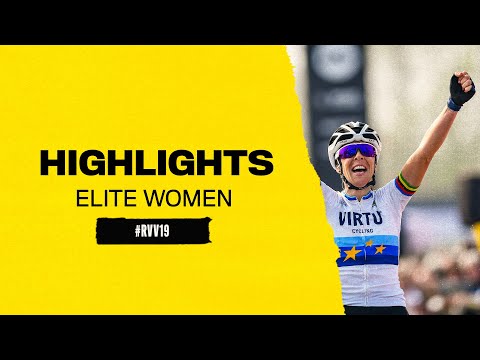 Lily Williams joined up with the team to race the Belgian Classics, starting with Brabantse Pijl, and the team pursuit world champion has seized the opportunity with both hands.

“To me, this is the pinnacle of bike racing, it’s the kind of racing that I want to do and be good at down the line, so this opportunity, regardless of the outcome, is huge.”

Sunday’s race is the third and final Classic for the team (with Paris-Roubaix canceled) in what has been a historic and intense campaign. For nearly all of them, it’s been their first experience of Flandrian racing.

“Brabantse and Gent are the only two road races I’ve done all year,” Williams reminded us, “so it was a bit of a dual shock – remembering how to race and doing so at the Belgian Classics which I’ve never done before. I think that Flanders will be the most difficult of the three and it’s a little challenging to prepare for when you’ve never done something like it, but the other two races help us to know what to look out for.”

Williams on the Kemmelberg at Gent-Wevelgem.

Williams riding the “plugstreets” of Belgium.

The riders familiarized themselves with the most important parts of the route on Thursday.

“We had a good recon, the wind was favourable, so we did it pretty quickly,” said Williams. “We did the eleven major climbs, starting with the first at about 50 km [Katteberg]. We know it pretty well – I think that’s all you can ask for really!”

Echoing the words of Chloe Hosking, Williams explained the role of luck in events of this kind.

“I think all you can really do is plan to have good luck. We and our mechanics are always well prepared, but really, if you have any sort of mechanical here you’re kind of screwed. The roads are just so narrow and there’ll be small groups all over the course. You just have to do your best to keep yourself out of trouble, and make sure you don’t have bad luck that’s avoidable.”

In a year that should have been very different, Williams has found the silver linings in the upside-down season.

“This has been a weird year in everyone’s lives but I’ll still appreciate all the efforts to hold on to a sense of normalcy and to continue to focus on the goal of performing well in the biggest races on the women’s calendar.”

Rally Cycling’s last race of the season promises to be a spectacular climax to the season, one that you do not want to miss. In the US, you can watch all the action on FloBikes starting at 8:45 am CDT or download GCN’s mobile app and sign up for their Race Pass. For up to the minute news, follow the team on Twitter.